Large parts of present-day Africa are affected severely by global and environmental change, resulting directly in or worsening already existing societal problems. Since the continent has gone through similar changes in the past, it is important to comprehend the regional past climate dynamics in more detail, since it has been hypothesised that environmental change played a significant role in conditioning human expansions, contractions and possibly even extinctions. More reliable regional climate reconstructions will be valuable background information when studying the transformations within human societies and entanglement mechanisms in Africa more comprehensively. In many parts of the world tree-ring based climate reconstructions have been accomplished successfully. African dendrochronology is often difficult because of indistinct, double, missing or wedging ring boundaries. In some instances, tree rings have been used as precisely dated high-resolution climate proxies. Long-term reconstructions derived from trees growing in Africa north of the equator are very rare, which we believe is a crucial gap in the palaeoclimate database. The future prospects for long tree-ring records in Africa north of the equator are generally bleak due to the very limited forested area. Dendroarchaeologically datable wood from African trees is very rare but dendroarchaeologically datable wood from timber (cedar, juniper and cypress) imported from Turkey is common. For dendroclimatological purposes, juniper imported from the Taurus Mountains off Turkey´s southern coast is seen as the most promising species in northern Africa. The main goal of the project is to combine woody juniper material from both living trees and archaeological sites, and to establish, for the first

time, a long reconstruction in the Mediterranean back to 3000 BC, utilizing a recently developed method applying confocal laser scanning microscopy for measuring cell structures of tree rings. The resulting cell structure chronologies will be subdivided into several classes, containing only a fraction of cell rows per tree-ring. The resulting sub-chronologies represent sub-seasonal cell growth patterns. Such sub-chronologies will be correlated with seasonal climate data and additional seasonal climate information will be derived. Subsequent analyses will examine relationships to the atmospheric and oceanic modes of climate variability (e.g., ENSO, NAO and Monsoon) in the eastern Mediterranean and northeast Africa, investigate the impact of past volcanic eruptions and identify possible climate effects on human societies in the region. 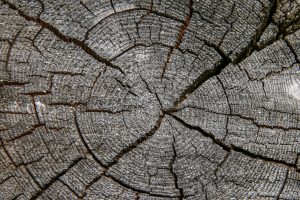 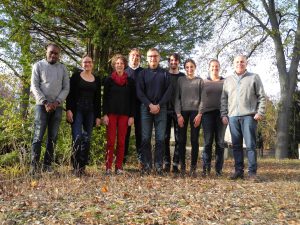