Starting with the oldest traces of humankind, Africa’s archaeological record is remarkably rich. The German Archaeological Institute (DAI) has therefore been active in Africa for many decades, represented by its various commissions and departments. In 2014, the DAI launched the TransArea Network Africa (TANA). On the one hand, TANA aims to organize and facilitate the networking processes amongst the numerous DAI projects as well as their African and global partners in order to continue strengthening the archaeological research and heritage management in Africa. On the other hand, the network would also like to have an impact on Germany by reinforcing the importance of Africa within the field of German research and by strengthening and expanding existing collaborations with universities and other research partners. Globalization poses a challenge to the scientific community and the established narrative, especially when referring to the African continent. Because our world is characterized by exchange, interaction, interdependency and networks much more than has thus far been depicted by the scientific landscapes, TANA would also like to contribute toward opening the existing disciplinary and territorial boundaries pertaining to the diversity and complexity of the historically interconnected processes.

The network is currently comprised of the Commission for Archeology of Non-European Cultures in Bonn (KAAK); the Cairo, Rome, and Madrid Departments; the Orient Department; the Berlin Head Office with the Department for Cultural Preservation and Site Management, the IT Department, the Architecture Department, and the Department of Natural Sciences; the Friedrich Hinkel Research Center; and partners, especially from African countries but also other European and global institutions. These members and partners come together at regular meetings to discuss comprehensive questions pertaining to the Archaeologies of Africa. This makes it possible to combine projects from the different scientific departments located within different geographic regions, and thus detect the geographic relationships of early cultures from a transregional perspective.

A particular focus of TANA’s research is aimed towards questions which derive from current challenges and problems. For the African continent, this especially means addressing the question of the cultural roots of today’s society which in turn are often linked to current discussions on identity. This entails discussing the influence of the linking and dividing factors of the historical cultural regions. These influences not only reach far into the past but continue to play a vital role to this day. The resulting insight into the historical genesis of these factors will contribute to creating an understanding of the exchange processes, interactions, interdependencies, and conflict lines of the modern world. Questions on how the landscape and resources were dealt with and used over the course of time are further topics of interest for our research projects.

TANA is additionally active in supporting its African partners in the protection of its landmarks and cultural heritage. Thanks to the digital revolution, knowledge resources, such as libraries and archives, can be equally shared from around the globe. DAI has therefore established a digital world (iDAI.world) in which its data and components can be made selectively accessible worldwide. In collaboration with our partners, we furthermore participate in the development of digital heritage registers and archives and provide support in the preparation of applications for UNESCO World Heritage sites.

Field schools can be used as a tool to teach local African partners the methods and techniques of modern field surveying and remote sensing. Therefore, TANA is currently supporting the universities in Berlin and Brandenburg set up a “Center of Excellence for Applied Cultural Heritage Studies” in Ethiopia. In cooperation with the university in Mekelle, the program’s aim is to establish the urgently needed educational and training capacities that conduct research and ensure the preservation and protection of East Africa’s rich cultural heritage.

In addition to the annual meetings of all DAI African projects, TANA members have developed further networking formats. To be mentioned first and foremost is the Priority Program “Entangled Africa: Inner-African Relations between the Rainforest and the Mediterranean (approximately 6,000-500 yrs. BP)” (SPP 2143) funded by the German Research Foundation (DFG). The priority program is endowed with over 10 million Euros and will run for a period of 6 years (2018-2024). During this time, it will give numerous interdisciplinary groups of German research institutes the opportunity to work on topics of their choice for areas located in Africa north of the equator. The program’s main focus lies on the hypothesis that supra-regional interactions of individuals and groups since the late Holocene have decisively shaped the appearance of traditional Africa. These interactions lead to a dynamic network of far-reaching inner-African relations and movements which over the last millennia had a formative influence on cultures and societies. In many respects they are still of great importance today and to some extent even have a considerable impact.

An additional TANA project involves the establishment and distribution of “Massive Open Online Courses” (MOOCs) on the archaeology and heritage of Africa. Aside from the DAI, there are numerous other African and European universities and research institutions collaborating on this project. The e-learning courses are designed for students, teachers, and political decision makers located primarily in the host and partner countries of the DAI. The focus of support will be aimed especially towards regions that may currently be lacking the infrastructure or experiencing a crisis, and are thus in demand of such assistance. The educational material produced by TANA will be made accessible through a platform within the iDAI world. 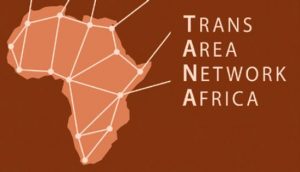