The Istanbul Department of the German Archaeological Institute (Deutsches Archäologisches Institut / DAI) was established in 1929 on the 100th anniversary of the Institute’s foundation. At the opening ceremony, the founding director of the department, Martin Schede, said: “In only a few countries in the world have the different cultures followed each other so often, displaced each other so thoroughly and at the same time influenced each other so significantly as in the territory of today’s Turkey. So it will be the archaeology and history of Turkey from the oldest to the most recent times to which the work of the Institute will be dedicated.” 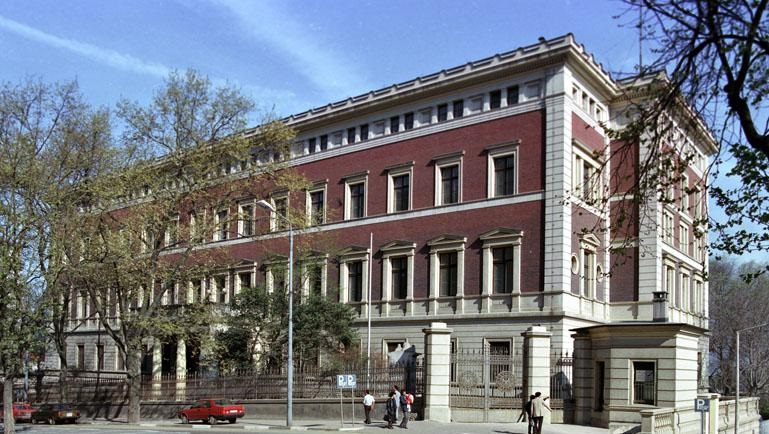 The Istanbul Department is currently carrying out archaeological excavations at the monumental Classical site of Pergamon in western Turkey, at the Hittite culture capital of Hattuşa-Boğazköy in Central Anatolia, and at the Stone Age (early Neolithic) settlement of Göbekli Tepe in southeastern Turkey. All three sites are inscribed on UNESCO’s World Heritage List. Other important areas of research include the documentation of building remains from the Byzantine and early Ottoman eras, research on historical urban topography, and the documentation of the increasingly endangered Nineteenth and early Twentieth-Century woodhouse architecture in Istanbul.

Seeing as our research covers some twelve thousand years of human (pre-)history, reaching from the early Neolithic (10th-millennium BC) through to the Ottoman era (Twentieth-Century), we are in the perfect position to make interdisciplinary diachronic studies of the development of the Anatolian cultural landscape and its relationships with neighbouring regions. The interactions between humans and the environment are especially relevant to our research endeavours and we incorporate insights from landscape and geo-archaeology to this effect. The diverse research methodologies employed by our department is a direct reflection of our many different projects. Not surprisingly, our staff of researchers and consultants includes archaeologists and prehistorians, scholars of ancient Oriental, Byzantine and Oriental studies, as well as historians and building historians.

The Istanbul Department coordinates restoration and monument preservation projects, which include the safeguarding of archaeological remains and the implementation of preservation measures at construction sites, the restoration or partial restoration of monuments for educational purposes and the construction of special buildings (shelters) to protect archaeological remains. In cooperation with the Turkish authorities, the Istanbul Department has also developed masterplans for the protection and touristic use of archaeological sites. The reconstruction and restoration measures in the Red Basilica in Bergama (Pergamon) are just one example of such a collaboration. The Istanbul Department also organizes conferences and maintains an international network of scholars, and we are home to a research network programme, a scientific network which seeks to promote scholars and scientists in the early parts of their professional careers.