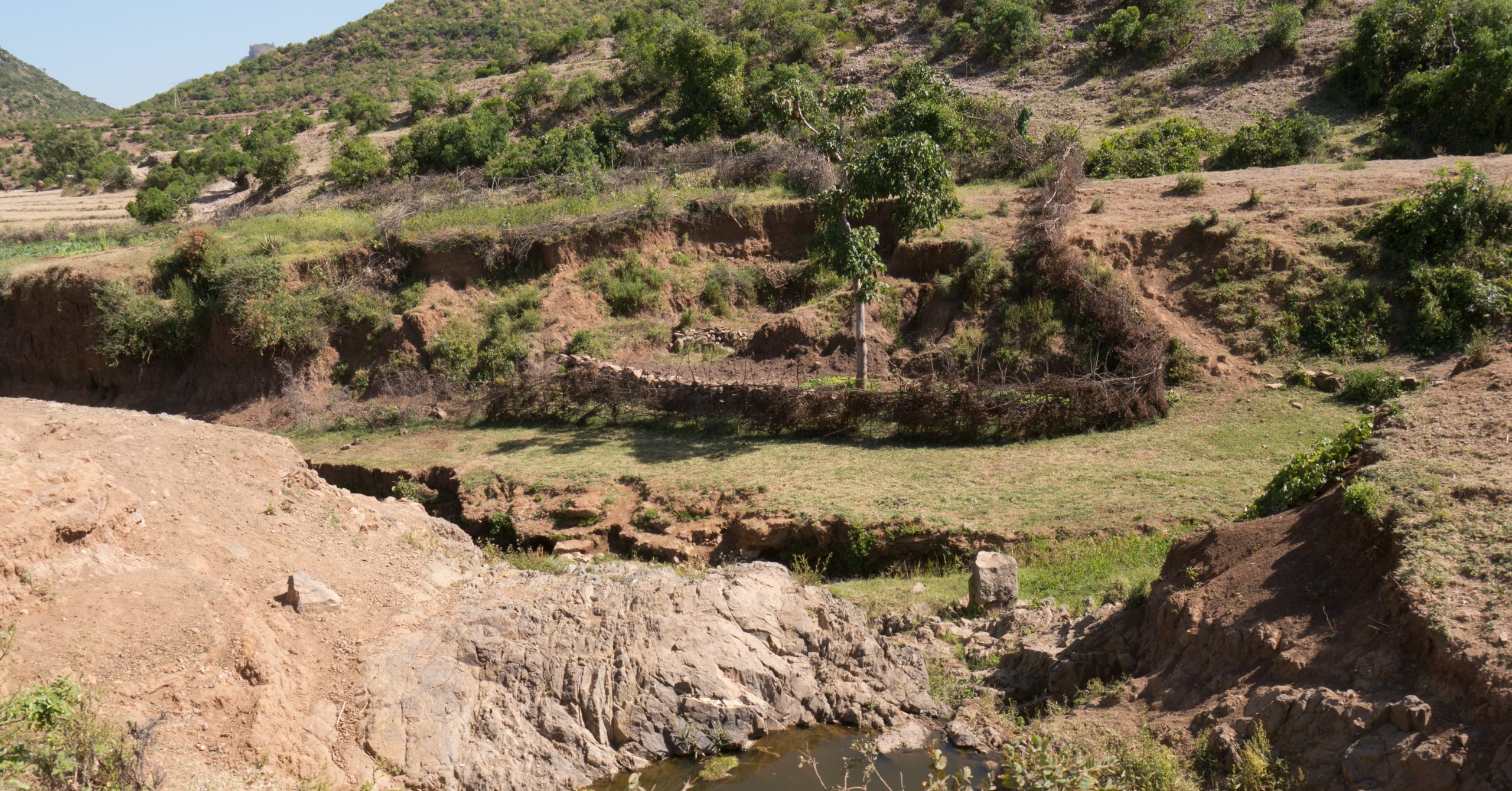 P07 „Routes of Interaction“ – What happened in the meantime?

In the second funding phase, the interdisciplinary research project is continuing to investigate intra-African contacts between the northern Horn of Africa, the Middle Nile, the northeastern Sudanese Gash Delta and parts of Egypt. The Rama area, located in the Ethiopian-Eritrean border area, as a supraregional contact corridor between the Eritrean-Ethiopian highlands and the Gash Delta is the focus of our research.

Because of the civil war and the Covid-19 pandemic, no further fieldwork could be carried out after 2019. Therefore, research and processing activities were intensified and previously collected field data were transferred into open-access repositories of idai.welt for long-term archiving and accessibility of research data. Accordingly, all survey data were included in idai.gazetteer (Fig. 1) and the finds data in idai.objects. The release of this data is being planned in close coordination with the Ethiopian authorities.

Sites in northern Ethiopia often show a centuries-long, if not millennia-long, settlement continuity or development of one and the same place. This also applies to churches and monasteries. Thus, Aksumite and pre-Aksumite sites can usually be considered as indicators of earlier settlements. Against this background, extensive mapping of churches and monasteries in Tigray in Ethiopia and in adjacent Eritrea, including the documentation of their geographical and topographical conditions, was carried out by analysing satellite images. With the help of published coordinates of ancient sites, the data are currently being evaluated and will then serve as further parameters for least-cost path models. This work is supported by the ongoing studies of historical maps and travel reports. On a broad methodological basis, research is being conducted on the mobility systems, settlement patterns and communication routes in the Ethiopian highlands. Studies on networks with the neighbouring regions were continued through team meetings and workshops with research projects in Sudan and the Horn of Africa.

In addition to the research on path systems, assemblages are also essential for the detection of supraregional interaction. Clay figurines, obsidian artefacts and pottery are important indicators of cultural contacts between the different regions. Potsherds found during archaeological sondages at the site “Gual Kor Nebri” in the Rama area in 2019 show a characteristic combination of very fine, impressed and incised decorations on the rim- and body sherds. This type of ceramic decoration is comparable to that on vessels dating to the period between the 4th and 1st millennium BC from Sudan and the Gash region. Recent results of thermoluminescence dating (OSL/TL research laboratory of the University of Cologne) of the sherds confirm an age of 3.71 ± 0.32 ka BP and 3.22 ± 0.24 ka BP (Fig. 2) and thus attest to close contacts with the eastern Sudanese lowlands in the 2nd millennium BC. Further comparative studies on assemblages from Sudan, but also from Egypt, Eritrea and Somalia are currently being carried out.

In the physical geography component of the interdisciplinary research project, initial research on the interplay between pathway systems and gully erosion has been completed. The spatial relationship between the formation of gullies and the distance to settlements and footpaths was investigated (Fig. 3). These can be seen as typical factors of human interaction with the natural environment in rural areas of Africa. Within a larger region around the Rama area in the northern Ethiopian highlands, 16 environmental and human-related variables were mapped and categorized. By including algorithms and human-related and environmental factors, models were created on the basis of which changes could be recognized, compared and evaluated. One result of the study is that almost 30% of the mapped gullies can be traced back to anthropogenic environmental influences.

In addition, feedback effects between the use of footpaths and gully erosion were investigated using statistical model calculations. Based on the premise that the continuous use of a footpath leads to soil compaction, which triggers gully erosion under certain geomorphological conditions, the original pathway is destroyed because of the headward erosion of the gully and the path must be repeatedly relocated, which can require drastic adjustments to the route, especially in hilly terrain.

Furthermore, the influence of trampling and the resulting soil compaction on the physical and chemical soil properties was investigated. Micromorphological analyses, pedological laboratory works and GIS-supported geomorphological analyses were applied. Immediately below the surface of the footpath, especially the number of macropores is greatly reduced. At the same time the pedogenic iron contents are significantly increased, compared to the control group. Under certain conditions, when footpaths have incised so that they form holloways, these holloways can reduce the formation of gullies, as the paths themselves serve as a channel for surface runoff.