Navan Fort – a Flying Visit to a Sacred Landcape

Previous to our surveys in Dumfriesshire and Scottish Borders, Nina, Roman and me went for a flying visit to Northern Ireland. Colleagues from Queen’s University Belfast and the University of Aberdeen invited us to survey in Navan Fort, a renown monument West of the town Armagh in Northern Ireland. It has been identified in the early literature as a „royal site“ of regional significance. Historical sources describe this centre as a palace and military headquarters, the archaeological remains attest to the presence mainly of large-scale, ceremonial, earthworks, timber and stone structures. It forms part of an impressive complex of seemingly ritual monuments built in the later prehistoric period. 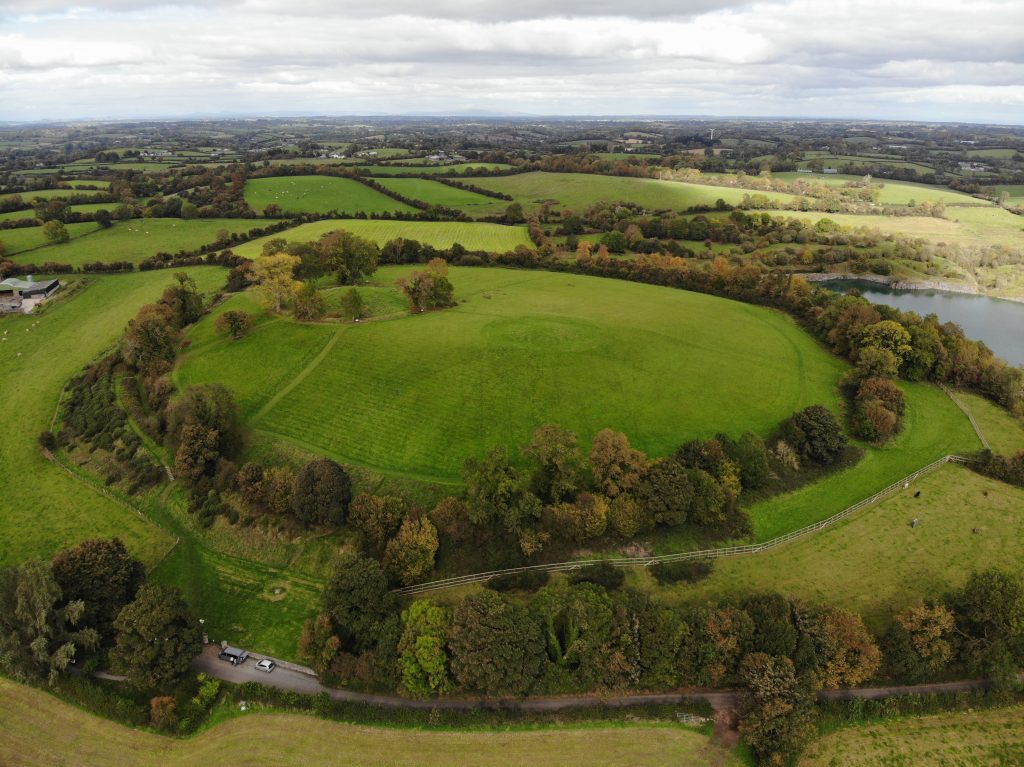 The whole complex is definitely worth a visit. Being just the most renown structure, Navan Fort has got an adjacent visitor centre, with a good exhibition, explaining the site and the whole complex of Navan Fort, Haughey’s Fort and the King’s Stables, and the landscape around it. We thank the staff for their support during our stay and also the cafe in the centre was of great help in the first frosty mornings in the fields 🙂 .

The sites and landscape around Navan Fort.

The enclosure has 6.3ha in size and surrounds a prominent domed hilltop. The enclosing elements comprise an internal ditch (5.5m deep and over 8m in width) and external bank (13m wide and 3m high). Excavations and analyses indicate that the primary usage of the complex was in the late Iron Age.

We arrived with the RGK 14-Sensor magnetometry device at 27th of September and had 2 days for a test survey in some of the fields surrounding Navan Fort. Dr Patrick Gleeson and Dr James O’Driscoll complemented our work with resistivity measurements. 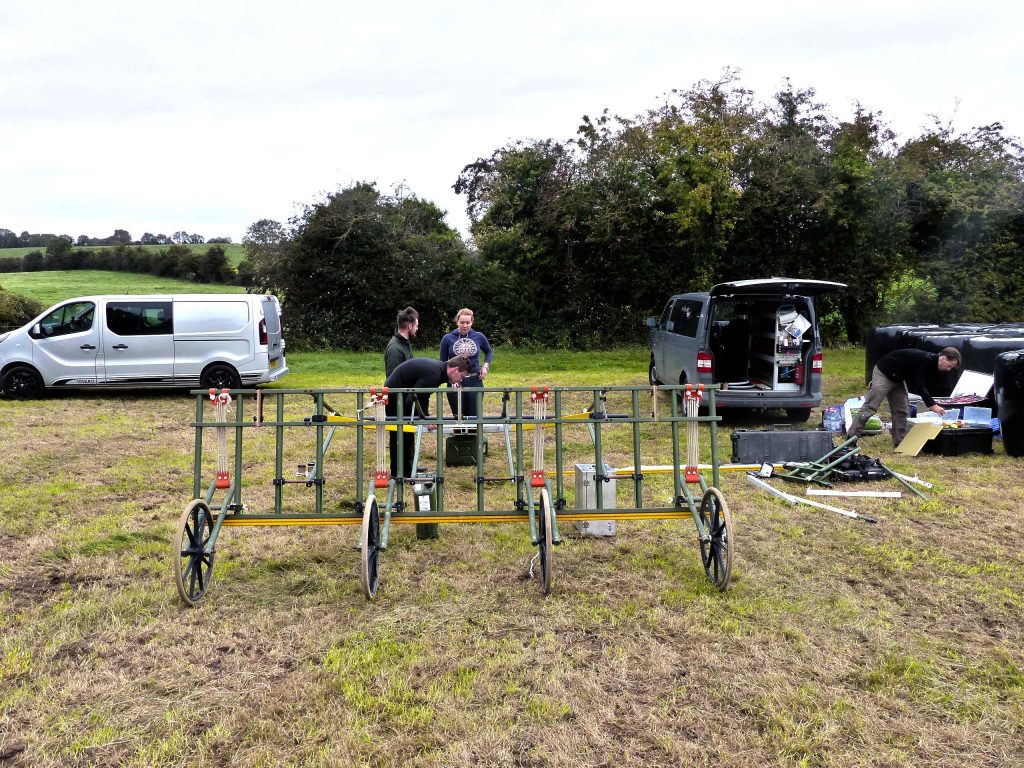 The results of our measurements were rewarding: amongst other things, we detected a new circular enclosure on the hilltop immediately west of Navan Fort and a probably early medieval cemetery settlement in the south. 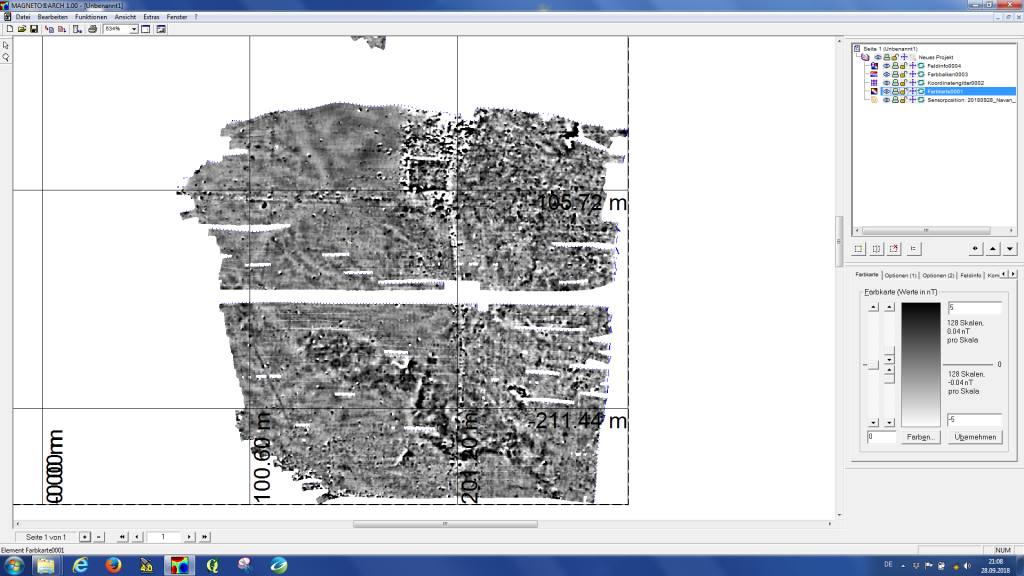 Screenshot of the magnetometry of two fields in the south of Navan Fort. The possible medieval cemetery settlement is visible in the lower field.

Further analysis will shed light on further anomalies and structures we found in the imagery. Our go thanks go to all the people who supported our survey, especially to all the landowners who let us rove around their fields, as well as to the patient car drivers who had to wait during our transfers of the bulky device from one field to the next. We hope to see you all again next year.