At the Northwestern Fringe of the Roman Empire

Our first destination in Scotland in this year’s survey tour was the Lowland-landscape of Ecclefechan and Middlebie. Here, the tabular eminence of Burnswark Hill has intrigued settlers at least from the Bronze Age onwards. Its surrounding landscape is a distinct livestock-farming region. Positioned intervisible with the Hadrian’s Wall, the area, also raised Roman interest in the late Iron Age and was brought under Roman control very early. The project studies evidence of the local and the Roman population along a stretch of the Roman Road between the Roman Forts of Birrens and Ladyward. Thus, it seeks to understand the spatial and consequent social interactions between locals and Romans within the showcase area.

For information about the first results of last year’s survey see the previous blog post.

This year we chose to extend the survey area around the Roman fort at Birrens (Blatobulgium) and to start investigations at a further local enclosure between Burnwark, in Scalewood (Castlefield enclosure).

The Scalewood enclosure is positioned on top of a slight hill, which overviews a larger area, only interrupted by Burnswark to the North and the rise Middlebie Hill to the South. The site was detected in aerial photos. 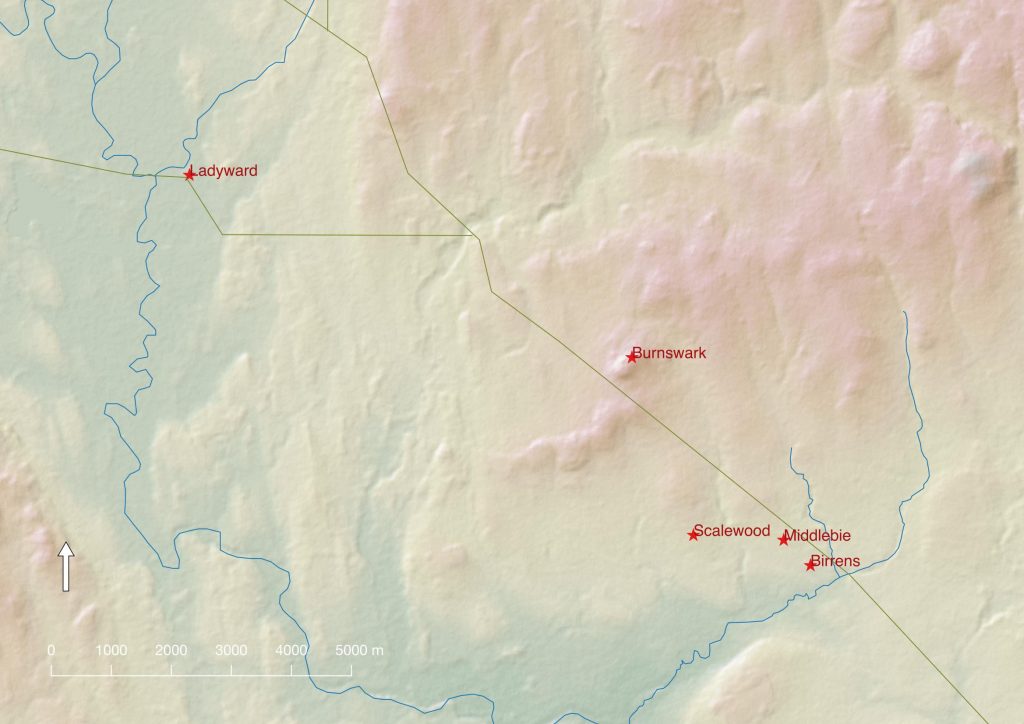 The position of the Scalewood/Castlefield Enclosure (Ecclefechan, Dumfriesshire)

We found an enclosure with presumably two ditches and also several roundhouse ditches are visible inside and maybe also outside the enclosure. Further investigations will possibly reveal more structures, but apparently, some strong anomalies contaminate the imagery, perhaps caused by bedrock or other strong magnetic signals. 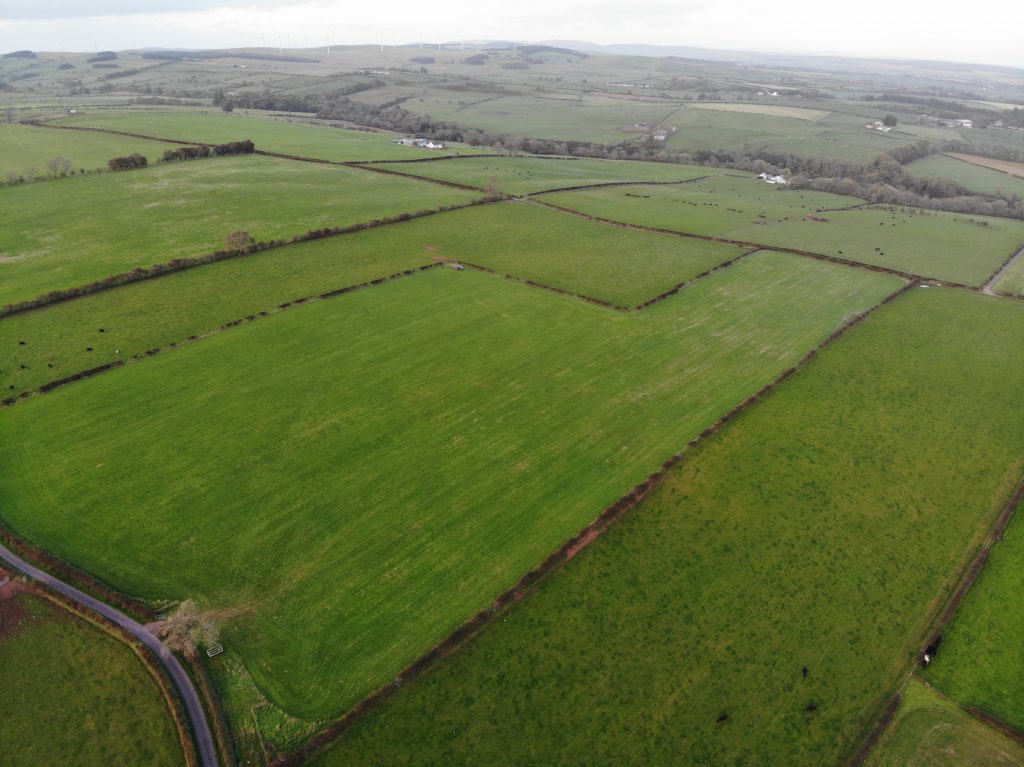 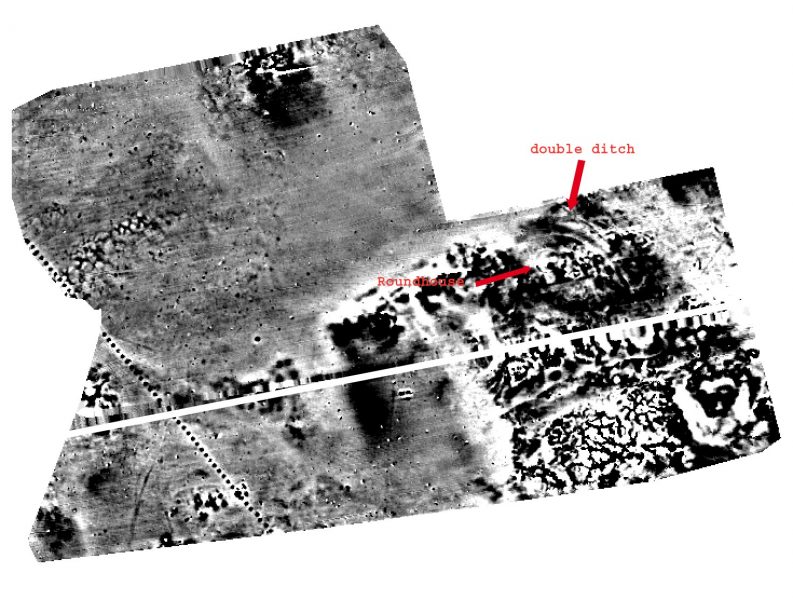 In Birrens we followed up a field west of the fort. Here we could trace several new structures inside and outside the annexe area. E.g. small parcels separated by ditches could be detected west of the annexe (see image). 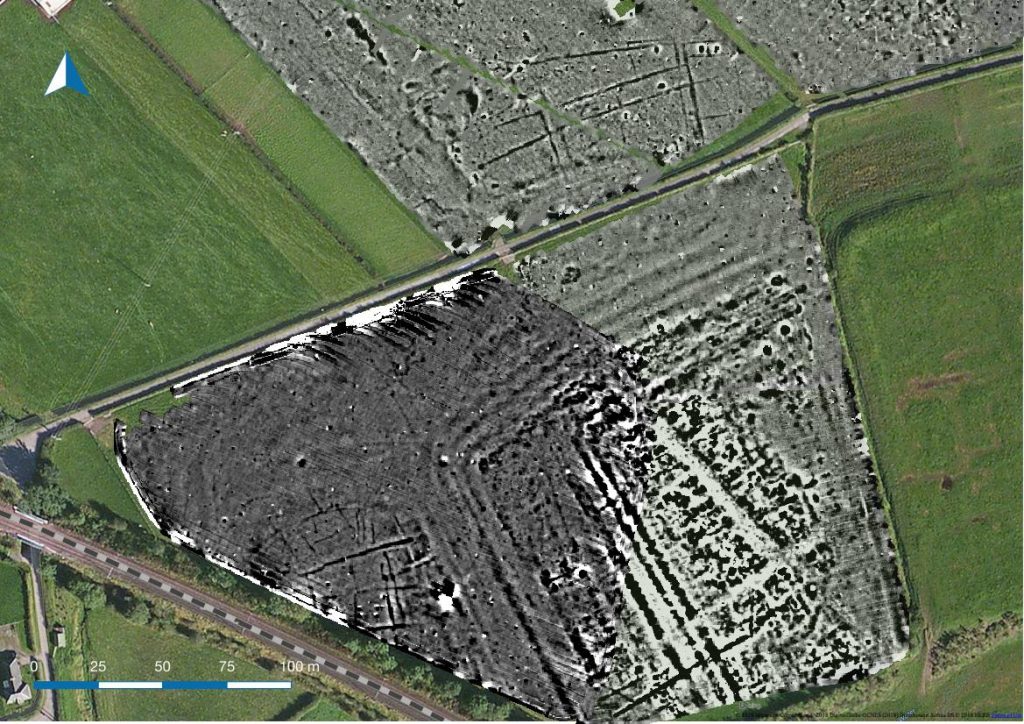 We also traced the area south of the meandering Mein River that cuts into the landscape and has already carried away the southern part of the fort. These fields are interspersed by several tracks and road-lines as well as rectangular structures. A circular structure could be traced on the southern edge of the fields surveyed.