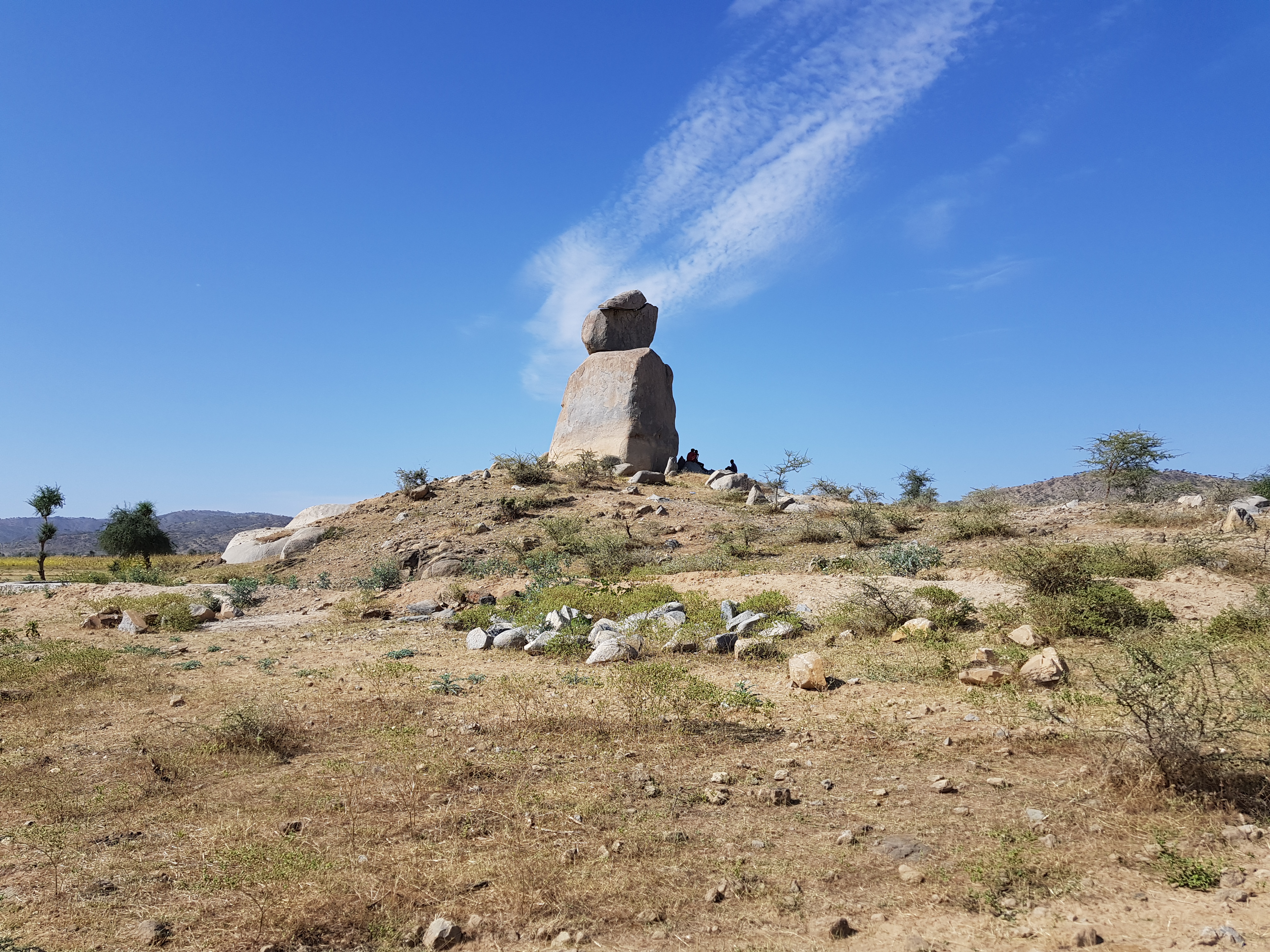 As part of the project “Routes of Interaction: Interregional contacts between the Northern Horn of Africa and the Nile region” first fieldwork was begun in the winter of 2018/2019. An archaeological survey of the Rama valley yielded promising results regarding settlement patterns in the Ethiopian-Eritrean border region.

The Mareb (Sudanese: Gash), the border river between Eritrea and Ethiopia, has a tributary a few kilometres north of the Tigrayan city of Rama. This tributary is called Midamar and is located approximately in the middle of a sprawling valley, which is c. 3.5 km wide and c. 12 km long. In the south, the valley splits into two, leading to Yeha in the southeast and to Aksum in the southwest. The valley is therefore located at a strategic position for trade between the Sudanese lowlands and the Ethiopian highlands. The elevation of the Rama valley floor ranges from 1350 to 1400 metres above sea level. A few small streams supply water to the plain all year round and allow intensive farming in some parts of the valley. The autumn 2018 survey focused on the southern half of the valley.

A rock formation of rounded granite boulders, referred to by the local population as “Wentah” (Fig.1), is a distinctive landmark. Ceramics discovered on the surface of the Wentah display finely incised and impressed decoration. Three small cattle figurines were also found and relate to the cultures in the Nile valley. Sherds of this diagnostic ceramic style were discovered at five other findspots during the survey, notably at one settlement site on a plateau halfway up a hill near the city of Rama (Fig. 2). Here, pottery types were recorded that resemble a type which is widespread in the Sudan during the late 2nd and the middle of the 1st millennium BC.

More recent periods were identified by an early Aksumite cemetery, an extensive Aksumite settlement, and a late-Aksumite / early modern age fortification with an adjacent, stone-built settlement. The results of this first ground survey as well as the density of the finds probably reflect the greater geostrategic significance of the valley.

By exploring (trade) routes and using satellite imagery as well as the results of least-cost path analysis, the geoarchaeological survey in the Yeha region explored modern and ancient routes. Taking into account historical maps, modern topography and interviews with the local population, four routes were the initial focus of interest. Survey activities were concentrated on the routes from Yeha to the north and especially on the routes between Yeha and Rama. On some routes hollow-ways have been formed (Fig. 3); considerable gully erosion suggests a long period of use. These sunken lanes were examined with regard to their geographical characteristics and the archaeological finds. Our fieldwork served as preparation for further investigations regarding the questions of where the historic trade routes ran and which topographical criteria can be used to test the theoretical least-cost path model.

In our field season autumn 2019, we plan to continue exploring trade routes between Yeha and Rama and to dig accompanying sondages in the plateau settlement.

Fig. 1 The “Wentah”, a distinctive landmark in the Midamar valley

Fig. 2 Settlement finds on a plateau near the city of Rama

Fig. 3 View along a sunken lane worn/eroded down to the bedrock west of Yeha