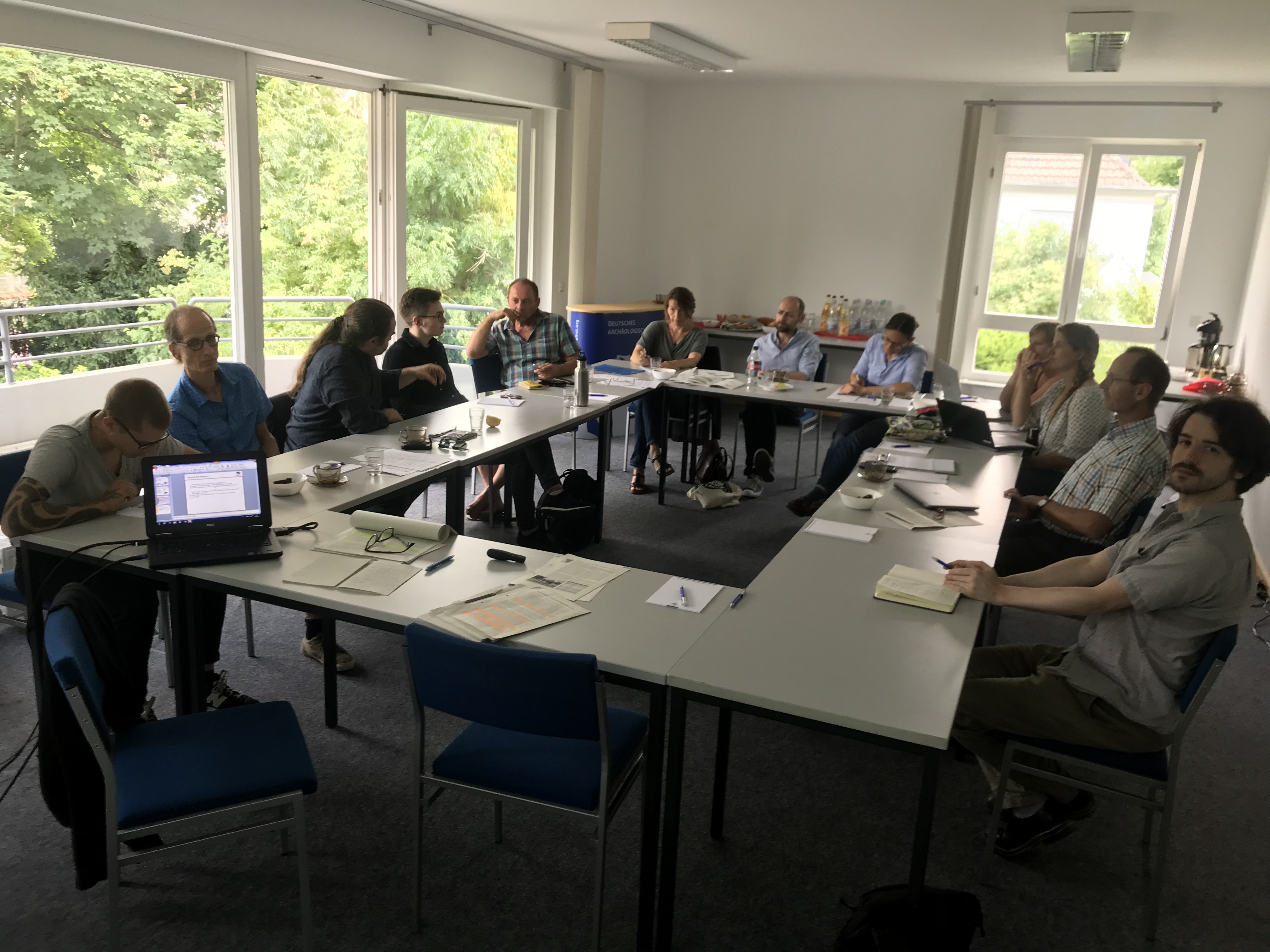 On 2 July 2019 our workshop on the core topic “Entanglement” took place at the Commission for Archaeology of Non-European Cultures in Bonn. The term “entangled” is associated with a great variety of meanings. We are anxious to network the projects and research branches within the programme and within Africa – the term has a long historical tradition. It occurs in connection with terms such as transfer history [1], Entangled History [2] and Histoire Croisée [3].

All research approaches deal with the exchange of transfer goods between two or more parties in the sense of a multi-perspective view. There is a development towards regional, but also towards international and even spatially distant parties, which interact with each other and thus directly become objects of comparison. It should be mentioned here that all theories are based on the critique of historical comparison and attempt to develop it further. It was necessary to discuss to what extent the research approaches mentioned are relevant and usable for one’s own projects.

The result of the debate was a general consensus on the applicability of the history of transfer. Thus, transfer goods in the fields of culture, knowledge, objects, etc. can be identified in all projects. Interdisciplinarity within the project structures is to be promoted through the development of common working strategies and data processing bases, as well as the elaboration of overlaps in topographical and chronological respects. As already described in the basic principles of the programme, transnationality, interdisciplinarity and multi-perspectivity are considered the pillars of research within the priority programme “Entangled Africa” – key players that constitute the basic responsibility of every scientific project.

The following period provides for a data catalogue which will filter and visualise both chronological and topographical overlaps so that correlations and interactions between the projects can be promoted in a targeted manner.

We are looking forward to the next meeting.

[2] I. Hodder, Human-thing entanglement: towards an integrated archaeological perpective, in: The Journal of the Royal Anthropological Institute. Nr. 17, 2011, S. 154-177.