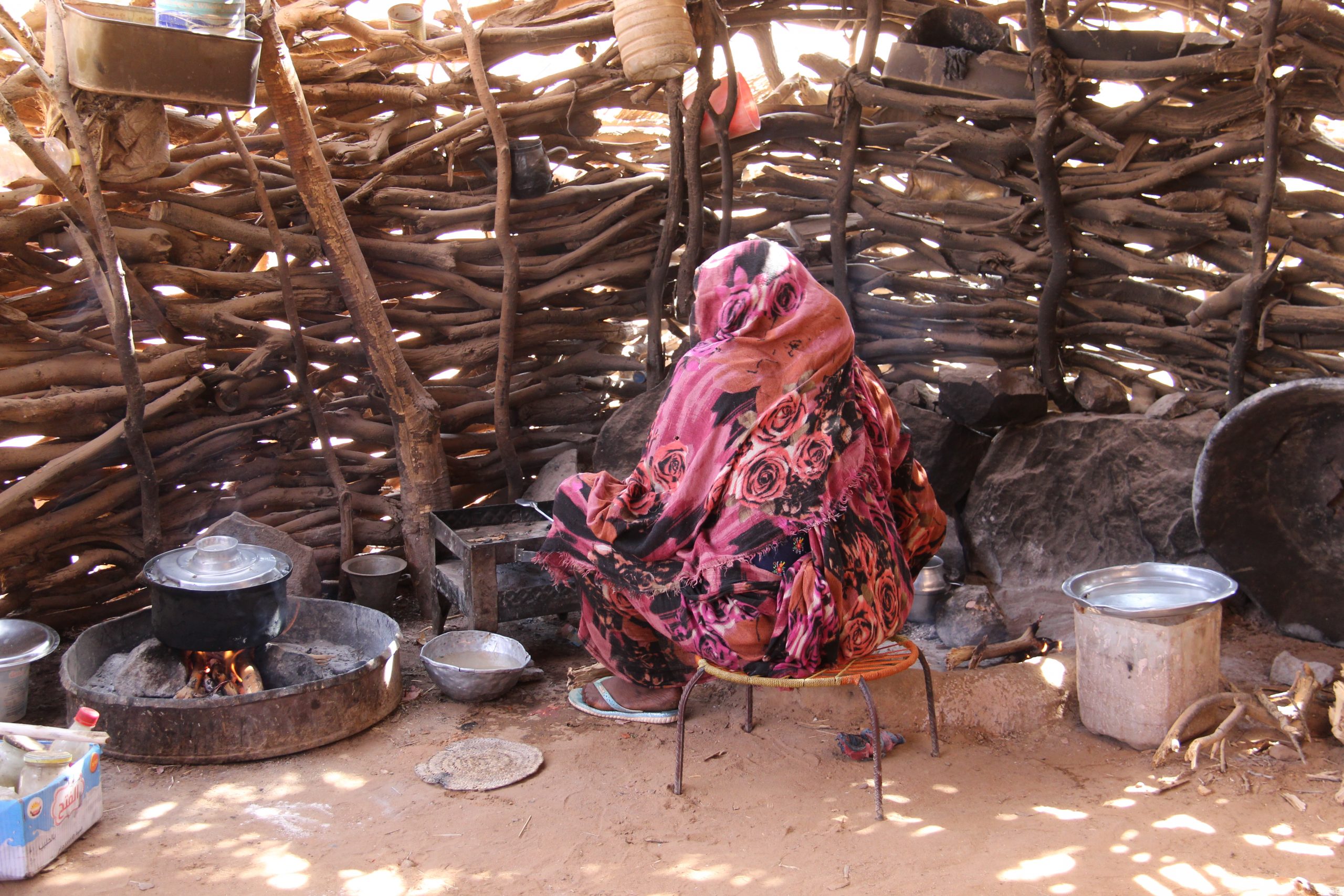 The Connecting Foodways project has recently returned from a successful fieldwork season in Sudan, studying ancient cuisines and cooking technologies. We focussed on cooking pots, archaeobotanical remains and collecting samples for organic residue analysis. This archaeological research was complimented by ethnoarchaeological studies of the material culture, food stuffs, and techniques of contemporary cooking traditions.

Between January and March 2020 the Connecting Foodways team travelled over 2500 kilometres along the Middle Nile Valley and across neighbouring deserts to visit museum collections and other archaeological missions. Starting in Khartoum, the team, like a modern day caravan loaded with archaeological and scientific equipment, set off northwards, moving from site to site to study the ancient remains of cooking pots and kitchens that had been found during past excavations. Along the way we reviewed the archaeological evidence for cooking traditions from a range of different sites, from ancient walled towns and royal cities, to palace complexes, the homesteads of desert chiefdoms, and nomadic settlements.

Pottery is the most ubiquitous body of evidence for ancient food-related practices. Typically, archaeologists have focussed on finely made, decorated vessels, while handmade cooking pots have not received the same attention, despite the fact that changes in form and technology are also highly indicative of inter-regional interaction. By looking at cooking pots and their kitchen contexts across a wide number of sites, ranging across the Gash Delta in eastern Sudan, to the Blue Nile region and Kordofan, as well as the Nile Valley itself, we can begin to better understand the distribution of regional food traditions, providing an important analytical basis for studying how these traditions interacted with each other and with other African areas further to the east and west. It is one of these other areas that is the focus of our next fieldwork season: Ethiopia.

As well as studying the form, treatment and use traces of these cooking pots, a further vital task was to collect suitable samples for laboratory analyses. These samples will undergo a range of scientific analyses, including organic residue analysis to identify possible food remains preserved in the pores of sherds, as well as materials analysis to determine physical and functional properties.

Our study of ancient culinary traditions also encompasses the food stuffs themselves. A large number of soil samples were collected and processed by systematic sieving and flotation in order to retrieve botanical and organic plant remains, such as charcoal and seeds, for the purposes of species identification.

Along the way, the team also undertook ethnoarchaeological studies of contemporary food practices in typical kitchens, the material culture, plants and crops, and cooking techniques as used in different parts of Sudan today. Such studies provide an important source of comparative information on cuisines and technology, and help illustrate the way that different cultural traditions become entangled over time as tastes change through the constant movement and interaction of people. We visited different homesteads, including sedentary and nomadic peoples, local agricultural fields, and markets and traders.

By the time we returned to Khartoum, we had recorded 397 pots related to cooking, having undergone refitting analysis, detailed description of forms, fabrics, and surface treatment, and photographic recording. Almost 200 organic samples of seeds and charcoal were processed and prepared for botanical analysis, and 155 pottery samples for materials and organic residue analysis, all of which were exported and will eventually be distributed to different laboratories across Europe.

This first season for the Connecting Foodways project was a great success, and whilst we have much work to do, it had provided ample food for thought!

Further information on the project ‘Connecting Foodways’ can be found at:
www.dainst.org/project/4512909 sowie www.dainst.blog/entangled-africa/en/p02-connecting-foodways-en/

The Sudan 2020 fieldwork team consisted of Ulrike Nowotnick, Steven Matthews, Saskia Büchner and Hozaifa Abdelmagid. We would like to thank all the archaeological institutes and missions that kindly accommodated us during our fieldwork, allowing us access to study their materials, and for their on-going support. Special thanks go to the National Corporation of Antiquities (NCAM) and the Sudan National Museum. We are very grateful for the support and cooperation of the SPP Entangled Africa Project.

Figure 2 1. The northern cemetery at Meroe; 2: Visiting the site of el Tuweina in the Bayuda desert

Figure 3 1: The pottery magazine in the dig-house of the Hamadab Project; 2. Fabric analysis of cooking pots from the settlement of Hamadab; 3. Refitting of pottery from an outdoor kitchen near the Royal Bath in the City of Meroe; 4. Laying out pottery for study in the store of the Sudan National Museum

Figure 4 1. Vessel from an outdoor kitchen near the Royal Bath in the City of Meroe; 2. Photographing pottery; 3. Flotation of the contents of pots re-used as ovens found on the settlement of Hamadab; 4. Organic samples after flotation

Figure 5 1. Red sorghum in Shendi Market; 2. Preparation of traditional foods for a communal feast; 3. A traditional mortar or grinding stone in the kitchen of a local nomad community in the western Butana; 4. Sorghum ripening in the fields next to the Nile near Kabushiya