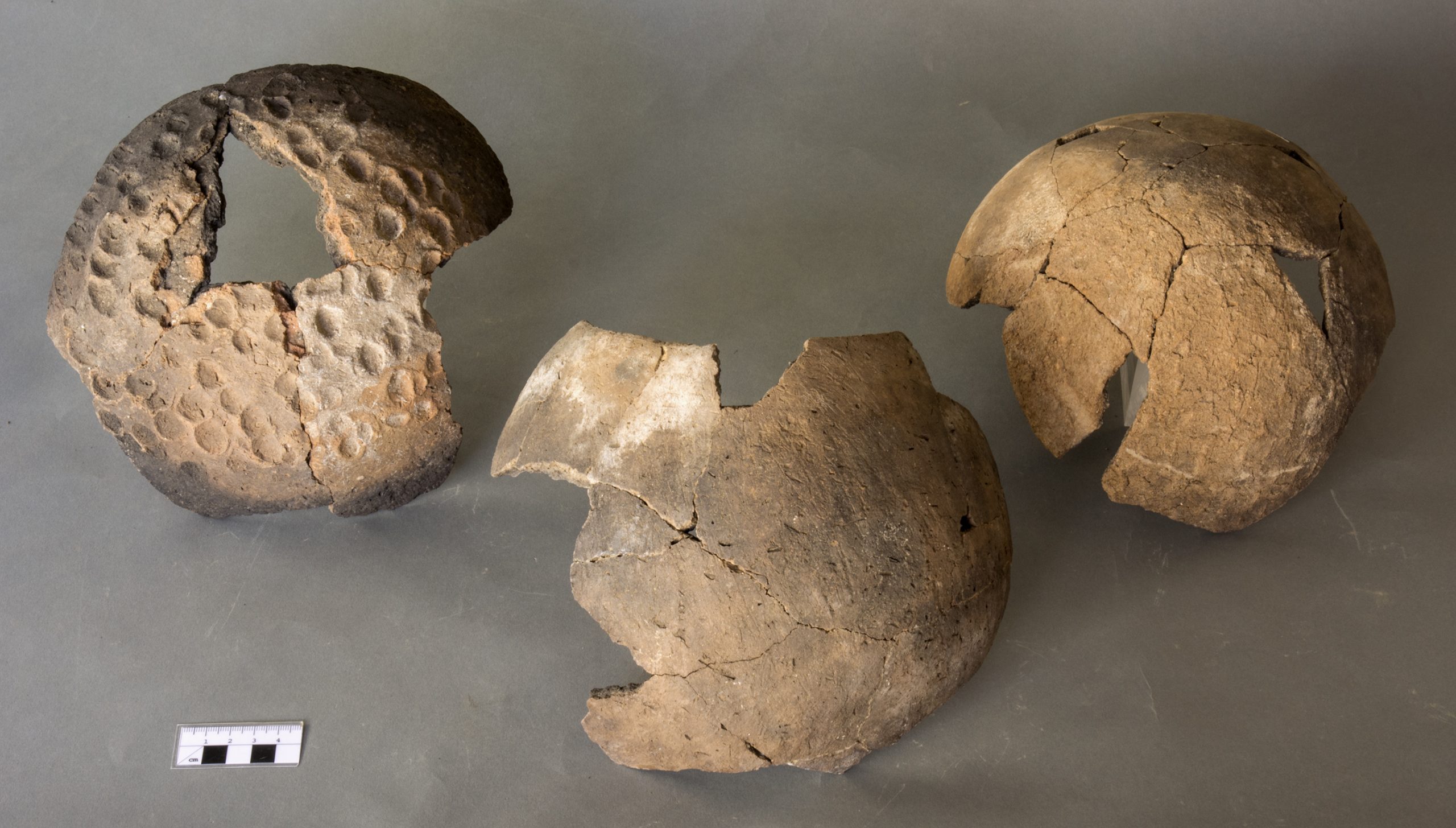 After a successful meeting at the beginning of the month, the ceramic specialists of the “SPP Entangled Africa” met again online on 23/06/2020 for an exciting dialogue.

Object of the discourse was the range of various forms of decoration and techniques that have been listed in the individual ceramic assortments of the projects. The projects of the scientists are located in Chad, Sudan, Ethiopia and in the area of the Middle Niger in West Africa. The aim of the day was to list the numerous types of ceramic fragments and to create a generally valid system of classification for the recording on site.

This requires in part the abandonment of established structures and designations in favour of a focused recording system and supra-regional comparability. Ceramics usually appear over time and space in the most diverse forms and with diverse patterns and motifs. Beyond borders, motifs may be similar, they may have been produced with identical or completely different techniques. Colour is applied in different ways and for different reasons. It is up to the archaeologist to find out possible meanings, contexts or the basic idea behind a certain form. In order to finally leave the self-defined area and to be able to compare one’s own convolute with those of other regions, a common “language” in terms of motif and technique must be developed.

Thanks to the know-how and experience of our ceramologists, it was possible to develop a decoration catalogue that covers the ceramic spectrum within the priority programme and facilitates a targeted recording. What initially serves a simple purpose has a great effect. Potentially, trade relations and routes, but also the development of certain forms and motifs can be better understood throughout a broader spectrum. The value of such information should not be underestimated and is absolutely in line with the priority programme, as the name “Entangled Africa” already describes.

The next meeting is already announced for mid-July – this is where final arrangements and preparations can be made before our researchers start planning the next field campaigns. It remains to be seen whether this will be possible again later this year…