In times of climate change and the discussion about the beginning of a new era shaped by humans (Anthropocene), historical human-environment relations as a research subject are increasingly popular, too.

The reconstruction of the complex interactions between nature and civilisation requires interdisciplinary cooperation between humanities, engineering science and natural sciences. Only on this basis our understanding of the old world can be extended by the so far often neglected social-ecological aspects. 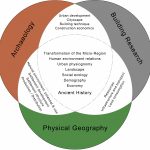 One way to achieve this goal is through the study of micro-regions, which are not only geographically defined, but also show common cultural networks and economic cycles. Ancient Pergamon and the surrounding landscape in north-western Turkey provide a good example. For 140 years, archaeologists have been working here together with numerous other disciplines under the aegis of the German Archaeological Institute and with the permission of the Ministry of Culture and Tourism of the Republic of Turkey to explore the metropolis. Its settlement history starts in the 2nd millennium BC, but traces in the surrounding area go back to the 7th millennium. The most substantial and significant evidence so far is available for the Hellenistic Period (3rd-1st century BC) and the Roman Imperial Period (1st-3rd century AD). This particular potential and an interdisciplinary strategy for its scientific evaluation have been awarded by the German Research Foundation (DFG) with the approval of the first funding phase of a long-term project designed to run for 12 years. The project involves archaeology, building research, and physical geography working together with numerous other historical and natural science disciplines. The DAI’s Istanbul Department, Freie Universität Berlin, Technische Universität Berlin, Celal Bayar Üniversitesi Manisa, and Christian-Albrechts-Universität zu Kiel are leading the project. Cooperation exists with the Brandenburg University of Technology Cottbus-Senftenberg, the Ege Üniversitesi Izmir and the Sinop Üniversitesi, the Ludwig-Maximilians-Universität Munich and the University of Zurich, among others. 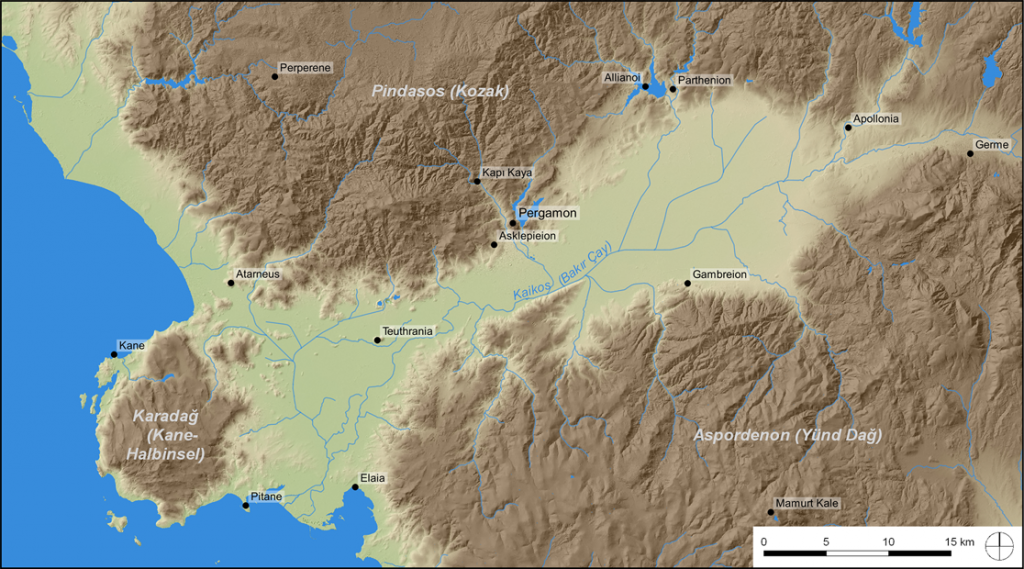 At the beginning of the project is the question of what interactions existed between profound urban change in Pergamon (marked by a doubling of the urban area since the late 1st century AD and monumental construction) and changes in the micro-region. Based on the observation that the western lower plain of the Kaikos (Bakır Çay) with the adjacent mountain ranges and the coastal zone was characterised first by settlement concentration and demilitarisation since the end of the Pergamenian Royal Period in 133 BC, and later in the Imperial Period by the establishment of leisure or wellness elements such as thermal baths, the relationships between cities, rural settlements and the landscape are examined systematically and diachronically for the first time in the entire micro-region. This involves different levels such as resource use, production and consumption, lifestyle and health of inhabitants, architecture and construction, and the design and perception of living spaces. Given the diversity of natural resources, the proposed project focuses on soil, water, wood, stone, and clay, whose importance to the economic and living environment can be understood only through the direct collaboration of archaeology, building research, and physical geography. This results in the following general questions:

(1) Interdependencies in the diachronic development of settlement structure and use of natural space between urban and rural areas,

(2) Organisation and function of complex processes such as building programmes or ceramics production and distribution with particular attention to economic and ecological factors at different spatial scales (local, regional, supra-regional),

(4) Development of a complex socio-ecological model of the transformation of the Pergamon Micro-Region as a contribution to a better understanding of the dynamic human-environment interaction and its reception in landscape design, urban planning and architecture.

In addressing these questions, the focus and objectives of the project shift from a small-scale, exemplary approach to the entire micro-region and neighbouring regions. 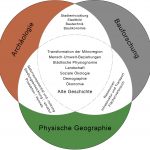