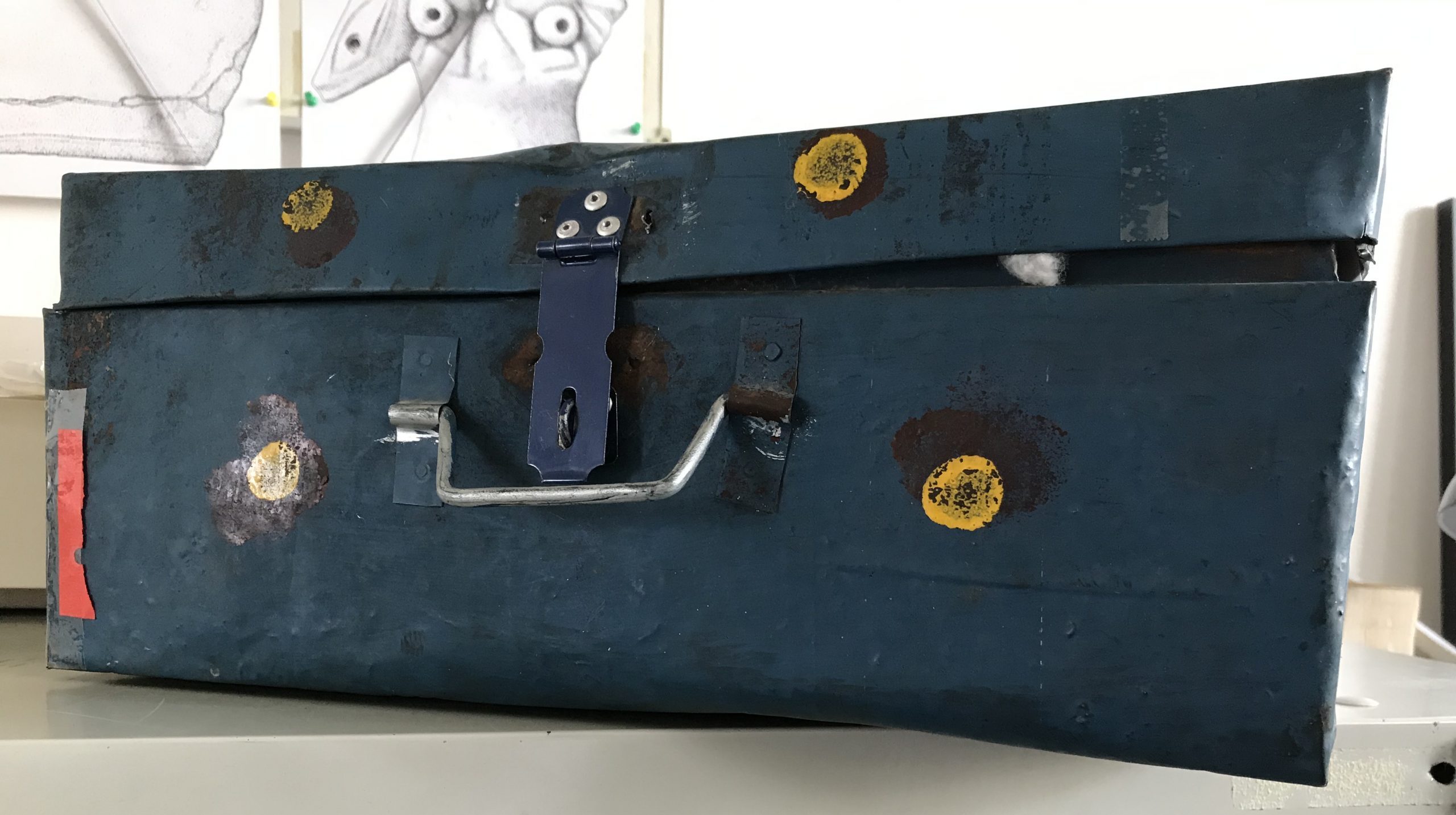 “I still have a suitcase in Berlin

This particular suitcase (picture 1), however, would not stay in Berlin. Even though it contains ‘the bliss of times past’, the bliss is not the sort that Hildegard Knef or her songwriter had in mind – this suitcase contains instead charcoal several thousand years old from excavations in Sudan. It contains a treasure trove of data on the woody vegetation of past times to be recovered and reconstructed in our near future. Charcoal is a common find on archaeological sites. But the full range of information it contains is very often insufficiently used. Pieces of charcoal not only reveal their age (based on radiocarbon dating) but also which tree or group of tree species they once belonged to. This enables the reconstruction of vegetation types, landscapes and climate, and can even provide information about trade relations. In the scope of the project “Cultivated Landscapes” charcoal from excavations in West Africa have been analysed. These results are now supplemented by promising charcoals from archaeological sites in Northeast Africa studied by the members of the projects “Connecting Foodways” (project 2) and “Interregional Linkage Investigations in Northern Kordofan” (project 3). Some samples had already found their way from Sudan to Berlin. Their transport to Frankfurt, to the Working Group on the Archaeobotany of Africa at the Goethe University, offered an opportunity to exchange ideas personally across project boundaries, to discuss new possibilities for cooperation, to develop ideas for publications, and to think about future field trips, which hopefully will soon be possible again. While Alexa Höhn’s meetings with Michèle Dinies, and two days later with Jana Eger and Tim Karberg, took part Corona-compliant in the outdoor areas of cafés in Berlin, we, Ulrike Nowotnick, Steven Matthews and Alexa Höhn (picture 2), were able to meet at the German Archaeological Institute in Berlin. After temperature measurement and with the windows thrown wide open, we not only devoted ourselves to discussing the charcoals, but also sub-sampled a collection of millet varieties to be included in the Frankfurt reference collection of African seeds and fruits (picture 3). We all enjoyed being able to talk to each other personally again after the long months of virtual meetings; after all, it is precisely this informal communication that leads to intriguing new ideas.