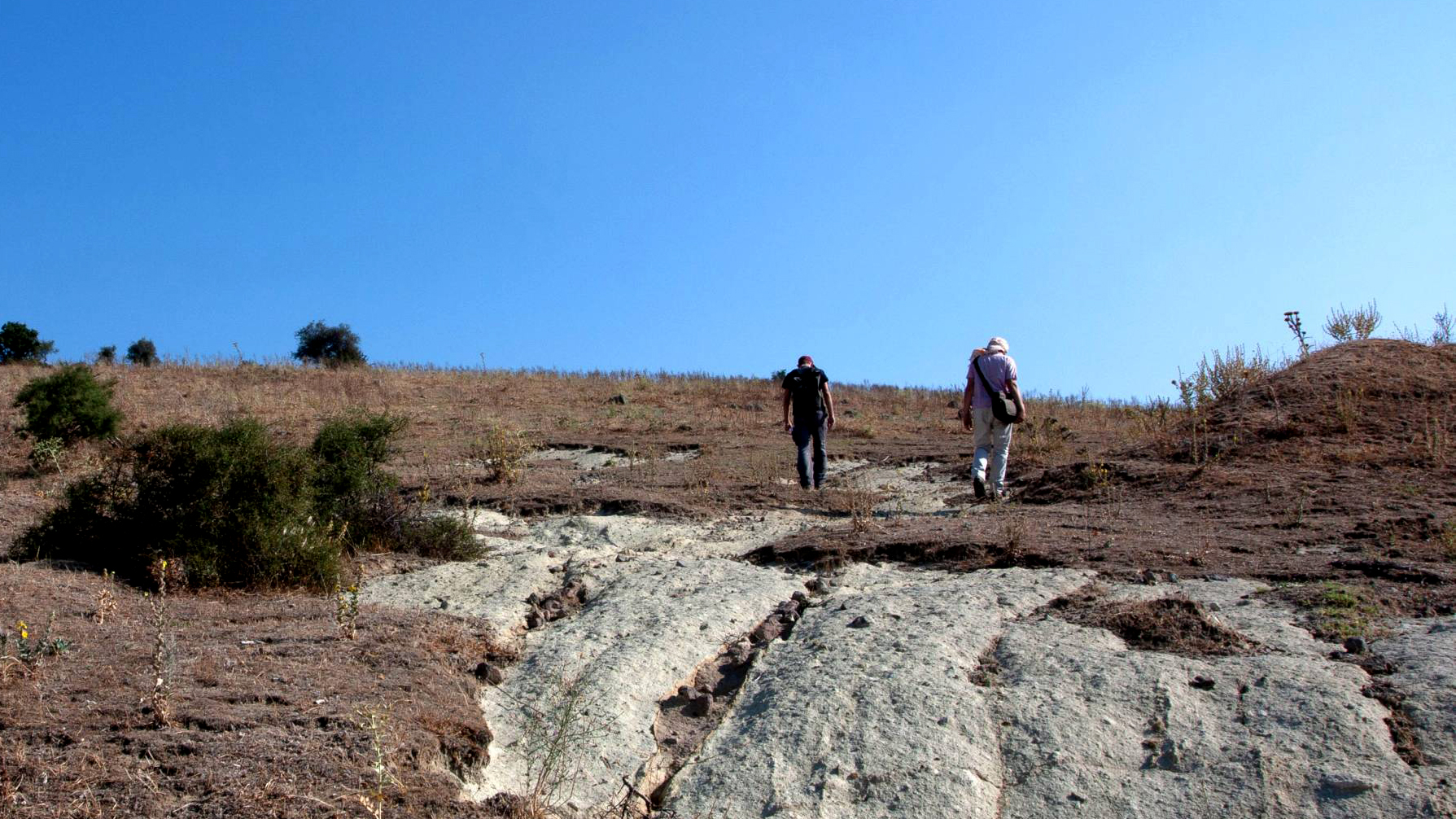 The surface investigations in the wider surroundings of the Pergamene Asklepieion progressed rapidly in the last three weeks: 190 hectares of the foothills of the Kozak Mountains were explored with a team of only five people and searched for archaeological finds and features. In the immediate vicinity of the Asklepios sanctuary, graves were found and above the slope a terrace with the remains of a marble structure was discovered but not yet attributed.

One question that arose repeatedly during our field walks was the origin of the enormous quantities of stone that were used, above all, during the Middle Roman Imperial expansion phase of the Asklepieion and the construction of the amphitheater. Since the adjoining foothills of the Kozak Mountains are largely made of the Andesite often used in Pergamon, we assumed that there should be also quarries there. In addition, the archaeological map of the Pergamon region, published in 1913 in the first volume of the “Antiquities of Pergamon”, already included two quarries to the west and north of Asklepieion.

A renewed examination of the places described in this way revealed a negative result: they were natural forms by erosion of a soft rock. Furthermore this kind of stone was not used for construction purposes in Pergamon. Other quarries were not found or were so small that they could not be in charge for larger construction projects. Where did the stones for the amphitheater, the temple of Zeus-Asklepios, the lower round building in Asklepieion and numerous other buildings and walls of the sanctuary come from?

One possibility of obtaining building material in the vicinity of these buildings could have been free-standing Andesite formations above ground, which often occur in the landscape of Pergamon and cover entire regions. Especially in the surrounding of the two large construction sites of Asklepieion and Amphitheater, the landscape appears to be cleared out and empty. Would it be possible, then, that we would not have to search for quarries at all and that in antiquity these above-ground stone deposits were simply used? Their extraction must have been much more economical compared to material from quarries, as the stone did not have to be extracted from the rock first.

This assumption is of great importance for studies on construction economics and resource use in ancient Pergamon, as it shows that the extraction of stone must not necessarily have left visible traces of quarrying. This makes it all the more important to reconstruct the ancient landscape together with the historical geography in order to identify such above-ground stone deposits as a source of raw materials whose extraction must have been particularly efficient: This technique of stone extraction is still used today in the high altitudes of the Kozak Mountains, where weathered surface granite formations have been cut up and transported away. 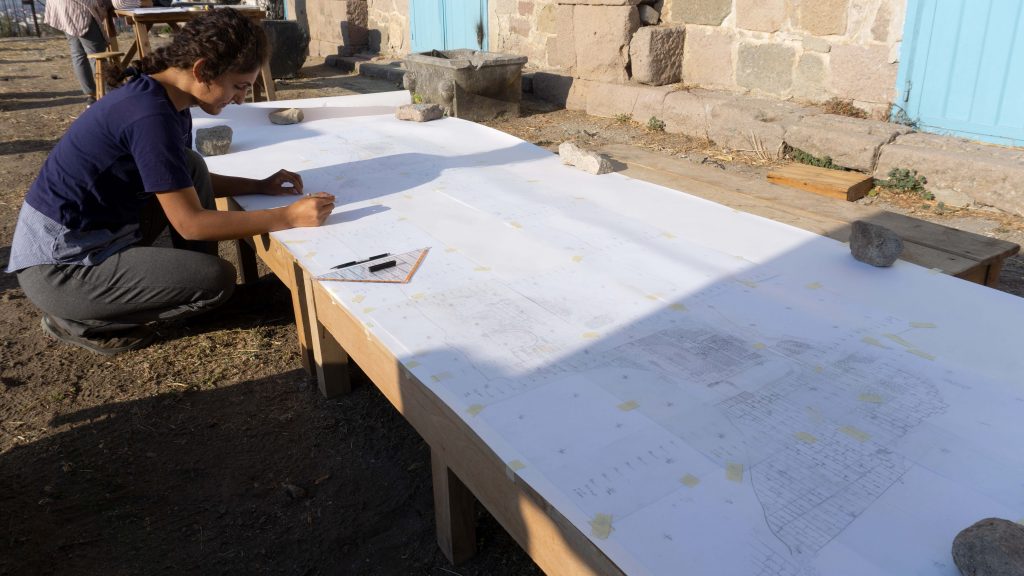 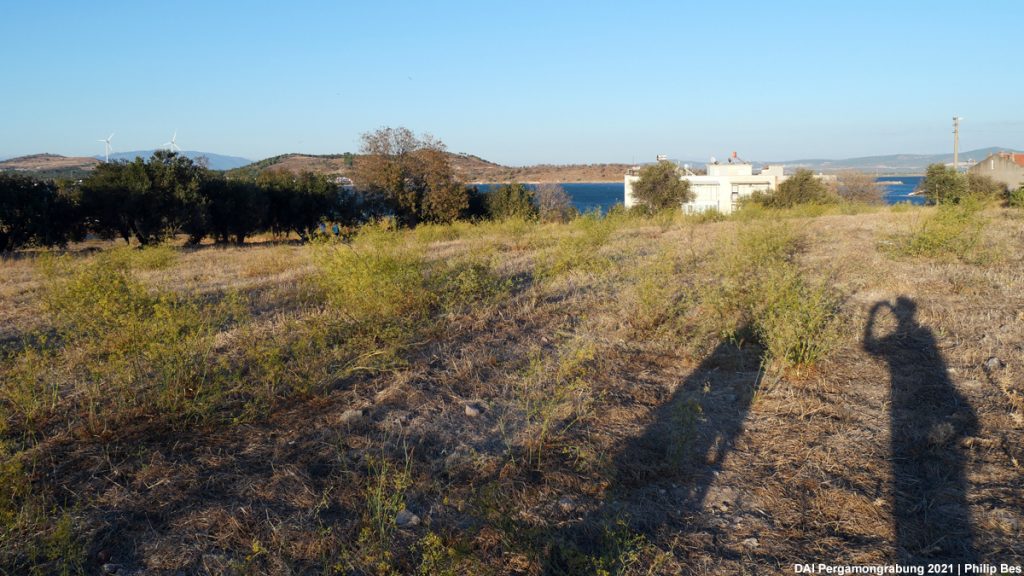 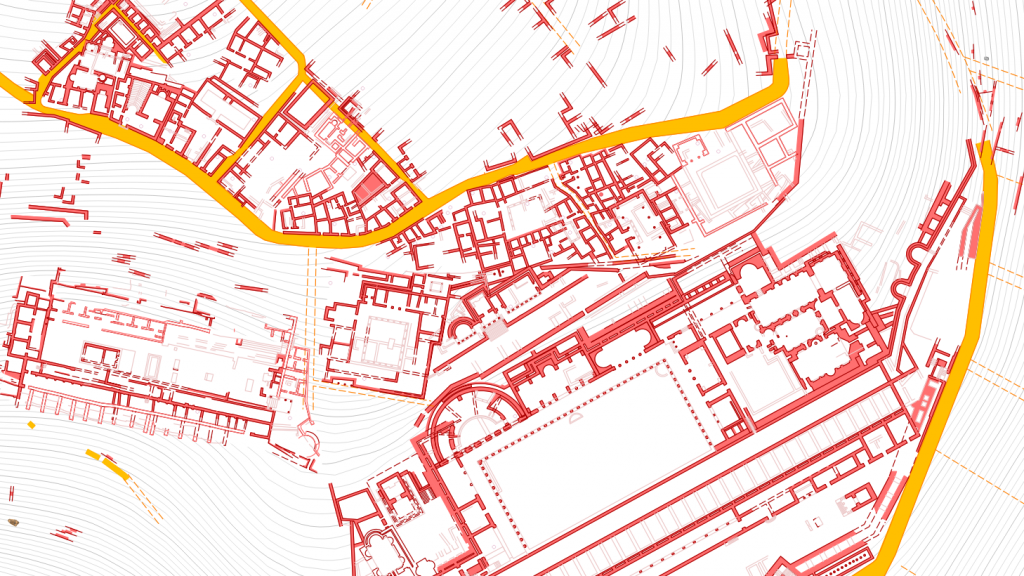