As recently as last year, we had hoped that the Corona pandemic would be so far overcome by 2021 that the ‘new normality’ would once again give way to our usual excavation routine. Even though so much optimism was disappointed, we were able to start this year’s work already in June thanks to a proven hygiene concept, the vaccination progress in Germany and Turkey and the availability of rapid tests.

During a three-week preliminary campaign, the remains of a late Roman peristyle house with floor mosaics were documented in detail (Fig. 1). The building had been discovered only a few months ago to the east of the Red Hall during excavations in preparation for the construction of the new museum. It is a key finding for our knowledge of the settlement topography and history of the Roman lower city, and we are very grateful to the Bergama Museum for allowing us to include the building in our investigations. We also expect to gain new insights into the late antique settlement history of Pergamon from the investigation of the so-called Goth´s Wall. When it was built, a public latrine was rendered unusable (Fig. 2). The targeted backfilling of the sewers with large quantities of ceramic household goods could provide important clues for dating the fortification.

Adjacent to the western outskirts of the Roman city stretched an extensive necropolis, which was recorded for the first time during the Asklepieion Survey 2020-21 as part of the DFG long-term project TransPergMikro. A Roman tomb attracted particular attention, as its owner could be identified from an inscription as an augur who sought to fathom the will of the gods from the flight of birds. The site, which has been disturbed several times by looting, is now being fully investigated for the first time (Fig. 3). Despite the illegal digs, initial observations lead us to expect new insights into ancient funeral culture and perhaps also into the augur himself.

Nearby, the last campaign for the time being is taking place in the amphitheatre of Pergamon. In addition to completing the building documentation, several trenches will clarify in particular the structure and design of the seating rows in the completely preserved eastern cavea (Fig. 4). There we also hope to find further material for the dating of the building. Another project of building archaeology within the framework of TransPergMikro is dedicated to the so-called Western Lower Gymnasion (Fig. 5), a large Roman building that significantly contributed to the appearance of the city hill in Roman times and at the same time established a connection to the new ensemble of theatre, amphitheatre and stadium in the lower city.

Another Roman complex, which is the subject of this year’s work, is located outside the lower town. The thermal bath with the modern name “Kleopatra Hamamı” used a hot spring that continued to flow until the 1980s to offer therapeutic bathing pleasures not far from the Asklepios sanctuary. The cooperation project of Kiel University with the department of building archaeology and the Pergamon excavation of the DAI is also to be completed in this campaign (Fig. 6). We are very grateful to the Gerda Henkel Foundation for its generous financial support.

After only a few weeks, the archaeological survey in the Pergamon Micro-region within the framework of TransPergMikro, which this year targeted the transition zone between the foothills of the Kara Dağ (Kane) peninsula and the western lower plain of the Bakırçay (Kaikos), proved to be particularly fruitful. In addition to a probably Achaimenid-Hellenistic fortress (Fig. 7), in which even the bathroom has been preserved in rock carvings, a fortified settlement site with a presumed boundary stone could be documented (Fig. 8). Both sites are part of a coherent structure of settlement and usage-features in the landscape, which also includes a road, springs, at least two burial mounds and other smaller settlement sites from the Bronze Age to the Ottoman period.

In addition to the above-mentioned work, there are other project components, such as the processing of finds (Fig. 9), which must be continued despite the more difficult working conditions during the pandemic. This applies in particular to the conservation of architectural monuments, which in this campaign is consolidating, among other things, a wall on the Hellenistic theatre terrace that is threatened by collapse (Fig. 10). At the same time, the training of local stone-masons is going on (Fig. 11). Other sub-projects, such as geophysics or physical geography, have not even started their activities yet, while epigraphy and palaeoanthropology have already been completed or are close to completion. In order to equalise the density of people in the excavation house, this year’s work by the German-Turkish team (Fig. 12) is expected to continue into November.

We are optimistic that we will be able to report here on further discoveries and new findings from this year’s campaign of the Pergamon Excavation Project! 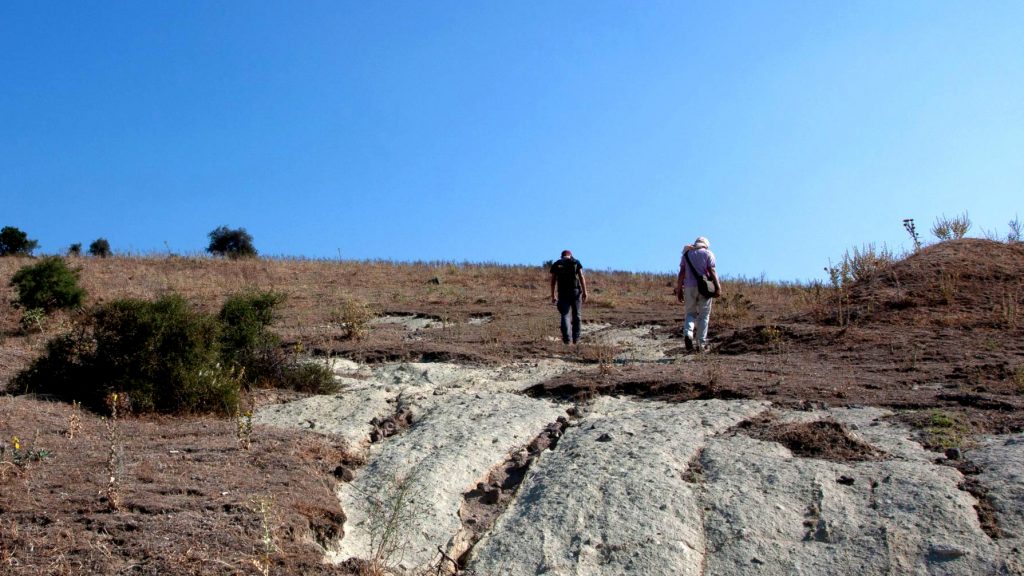 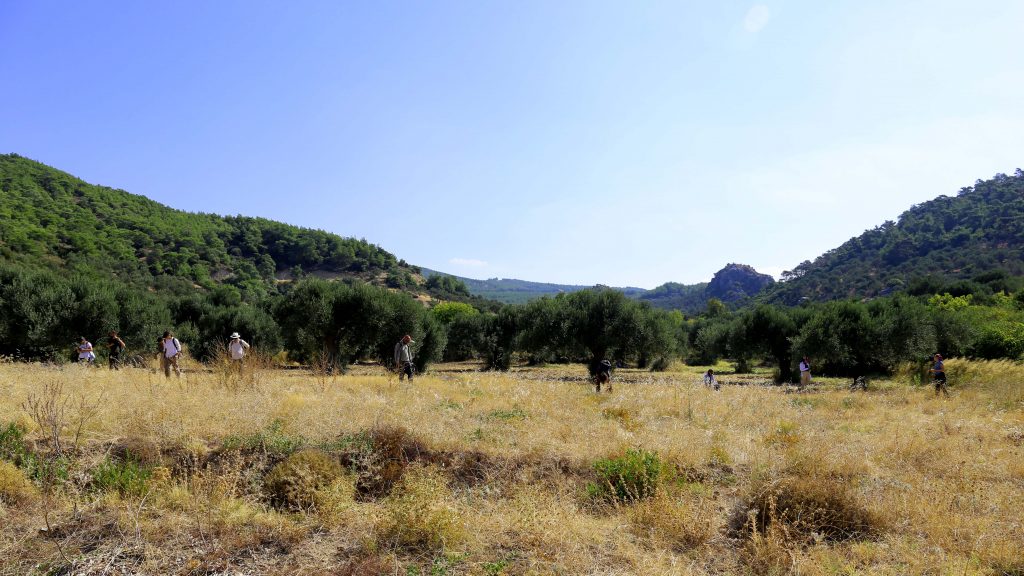 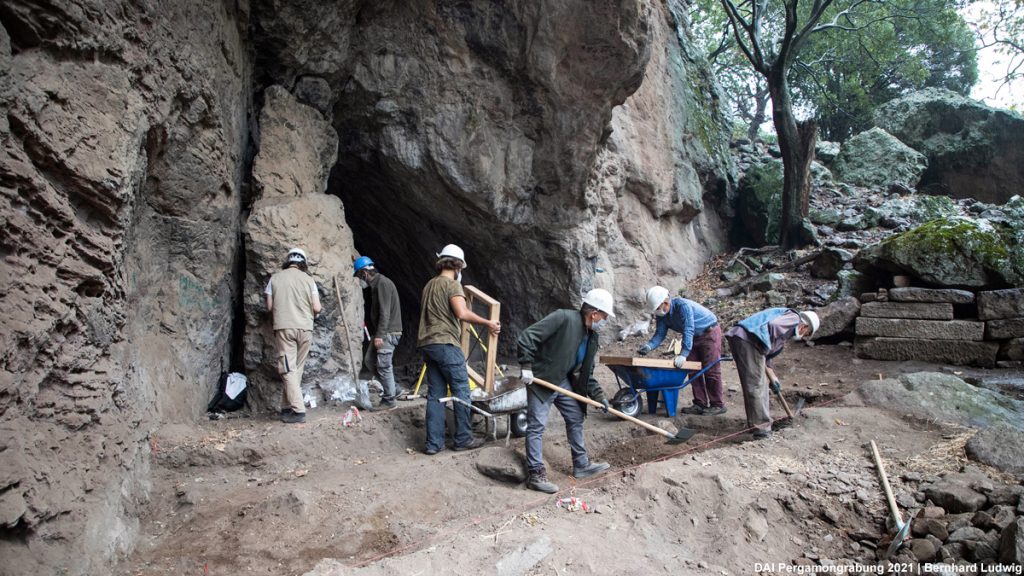