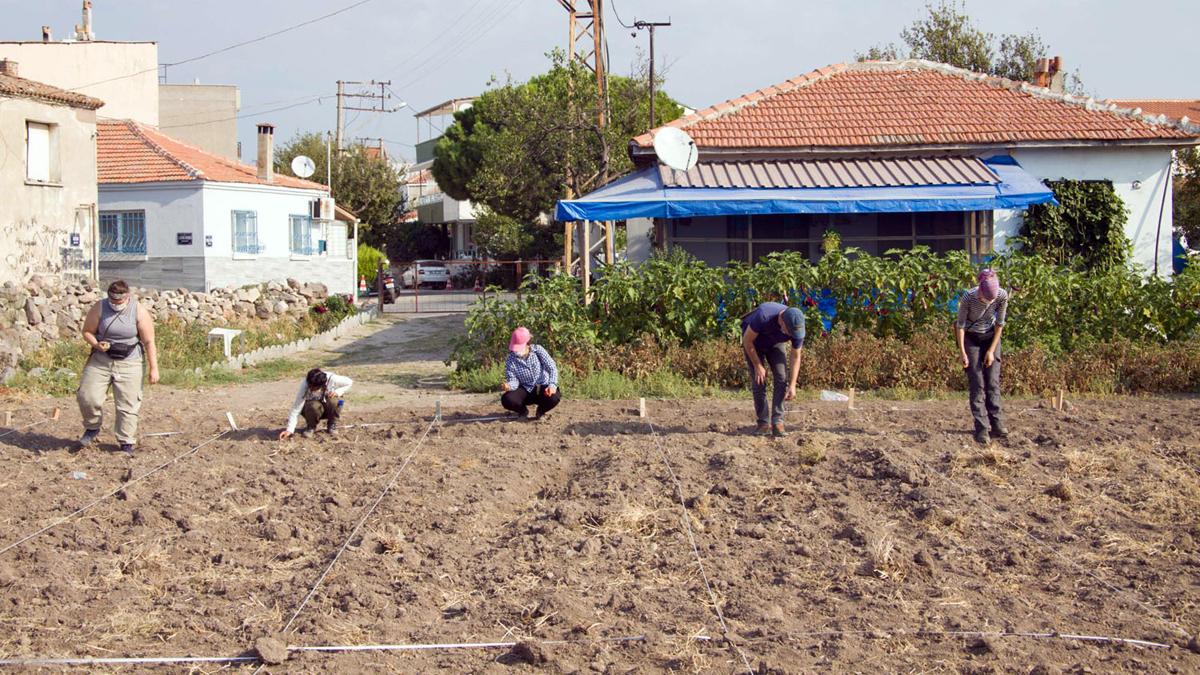 Last year we reported on our first season of intensive survey at Çandarlı, ancient Pitane, situated on the north side of the Gulf of Çandarlı. In 2019, we completed the survey of two of the seven Fundstellen (Fig. 1). This year we returned to Çandarlı on Tuesday 15 September to continue this survey (Fig. 2), still with the main aim to understand the manufacture of terra sigillata and red slip ware that took place here for much of the Roman period (see blog post 2019). Our main focus for this year was to complete the actual fieldwork, so that the next campaign will be devoted to the study of all artefacts related to pottery manufacture. Together with our field observations and notes this will form the basis for further analysis and final publication.

In last year’s blog we already reported on the different categories of artefacts that we find at Çandarlı which provide evidence for pottery manufacture. This year we again encountered large quantities of such artefacts, especially spacer discs, fragments of kiln slags and vessel wasters. Spacer discs are small clay discs that separated vessels in the kiln and helped to have vessels obtain their nice red surface all over. Every now and then we find vessel fragments with a spacer disc still attached to its base or inner surface: they fused during the firing process, which ultimately made such vessels unsuitable for ‘the’ market. Sometimes, the people firing the kiln could not completely control this process – which could take up to several days – and temperatures in (parts of) the kiln would become too high. The result of this was that vessels turned dark or, even worse for the potters, literally began to melt, and this year we again found many of such vessel wasters: fragments of vessels that have deformed (called warping) because of excessive temperatures. For us, however, this is good news: such vessel wasters of course provide more wonderful evidence for local pottery manufacture, and especially these vessel wasters help us to understand what kind of vessels were made at ancient Pitane. Probably another result of (too) high temperatures are green-grey chunks of molten clay, so-called kiln slags (Fig. 3), which accumulated on the bottom of the kiln. By studying these waste-products, especially the vessel wasters, we are also trying to get a better idea which criteria the potters used to separate ‘good’ from ‘bad’ vessels. We should perhaps not, however, think too much in strict opposites: vessels that had some discolouration or were slightly deformed could still have been used or sold. What we also find are dark grey-green fragments made of a coarse clay or adobe, almost always with what look like smears or impressions made by fingers (Fig. 4). We think that the interior surface of the kiln, or at least those parts that were exposed longest to the heat of the burning fuel, was coated with such clay or adobe to help protect the actual kiln structure which was usually constructed of stones and/or bricks or tile fragments. This coating is called kiln lining. Perhaps this coating also helped to contain more energy (heat, gases) within the kiln, which may have benefited the firing process in terms of the amount of fuel required and/or the length of the firing process. This custom of coating the interior wall of the kiln was still practised on twentieth-century Crete.

What has become clearer with this year’s fieldwork is that such production-related artefacts do not occur on all fields in similar quantities. Naturally, it is too early to exactly know what this could mean, but of the seven fields we have surveyed we noted very little in Fundstelle 4 (top left), whereas especially in part of Fundstelle 7 (bottom right) we counted hundreds of kiln slag and kiln lining fragments within a relatively small area of some 30 by 30 metres. Much of the terra sigillata that we also found here was well preserved, and included many large fragments, and basically we could identify two basic types: carinated bowls and flanged bowls. Is it conceivable that these artefacts represent the waste dump of one or several ceramic workshops that specialised in the production of these two types, and which once stood in this field or in its vicinity?

The fieldwork at Çandarlı is now completed, so next campaign we will fully concentrate on the study of all artefacts related to the local pottery manufacture. A first glimpse that will help us interpreting that production is the distribution of kiln slag and kiln lining (Fig. 5). By adding more information to this spatial analysis, combined with our study of the typology and chronology, we will be able to breathe some life back into the manufacture of pottery that was practiced at ancient Pitane. 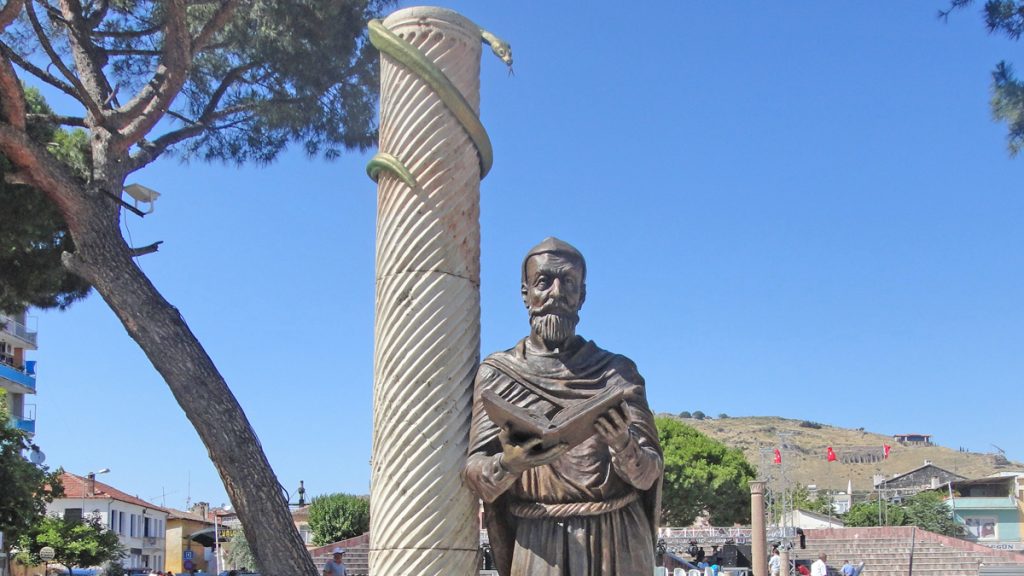 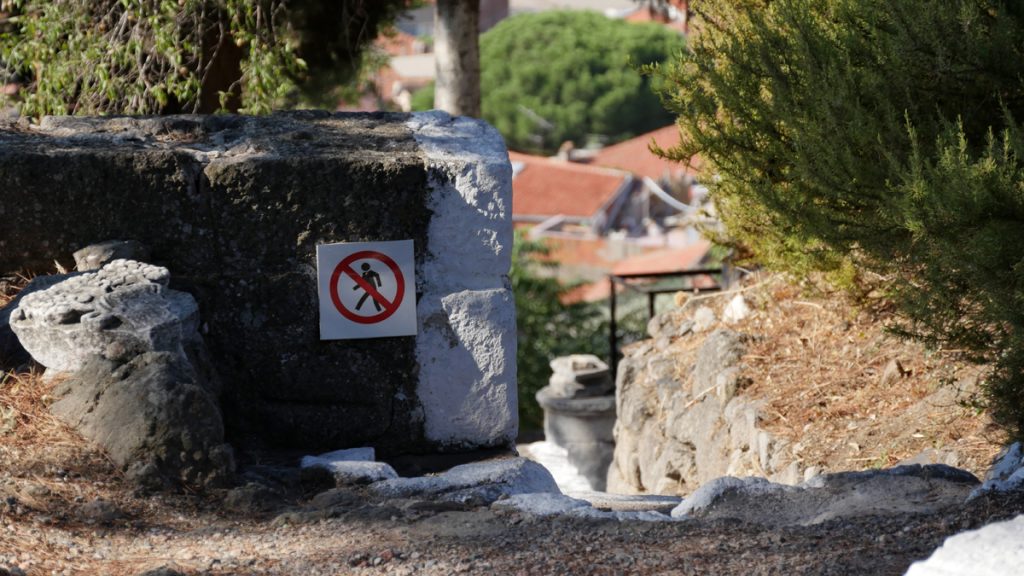 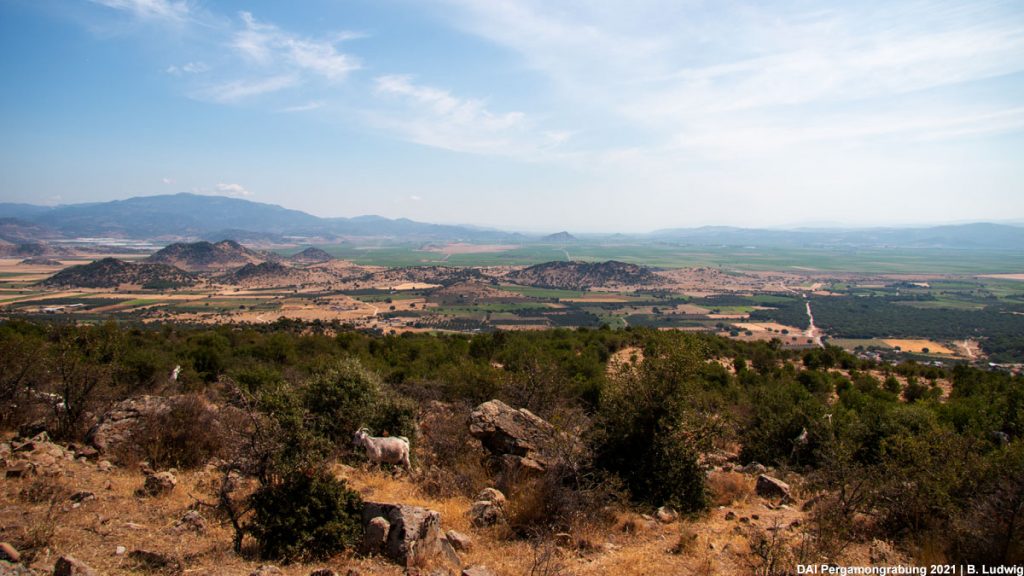