A rather odd figure: The so-called Kilisik Sculpture from Adıyaman, Turkey

The apparently anthropomorphic appearance and meaning of (at least some of) the T-shaped pillars known from Göbekli Tepe, Nevalı Çori (and likely many of the other sites with similar pillars in the area too) could have been convincingly explained by a number of very characteristic details depicted in reliefs on these pillars. Among them arms and hands as well as stola-like garments and, in the case of Göbekli Tepe’s Pillars 18 and 31 (in Building D), even belts and loincloths.

The characteristic T-pillars can be recognized as larger-than-life human(-like) sculptures due to a number of specific elements. (Illustration: J. Notroff)

It was the discovery of these peculiar new type of T-shaped pillars, for the first time excavated in the Pre-Pottery Neolithic settlement of Nevalı Çori on the middle Euphrates (like Göbekli Tepe in Şanlıurfa Province) in the 1980s [external link], which also shed new light onto another find – until then rather considered an archaeological oddity – of a unique piece of sculpture: The so-called Kilisik Sculpture found in 1965 near Adıyaman in southeastern Turkey. 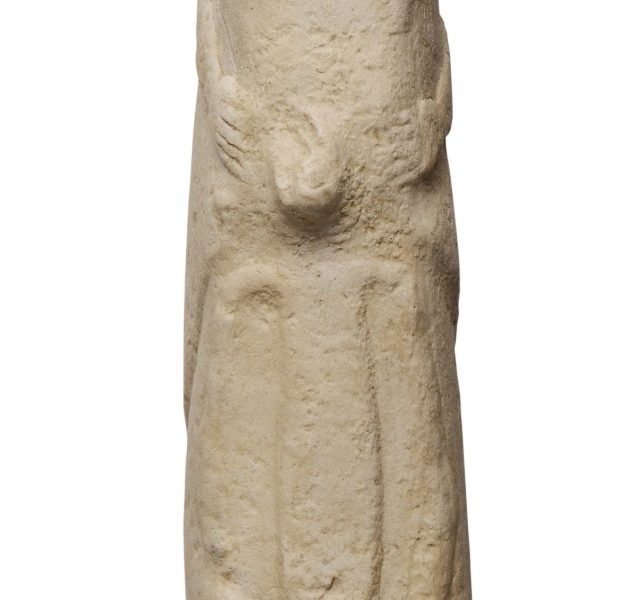 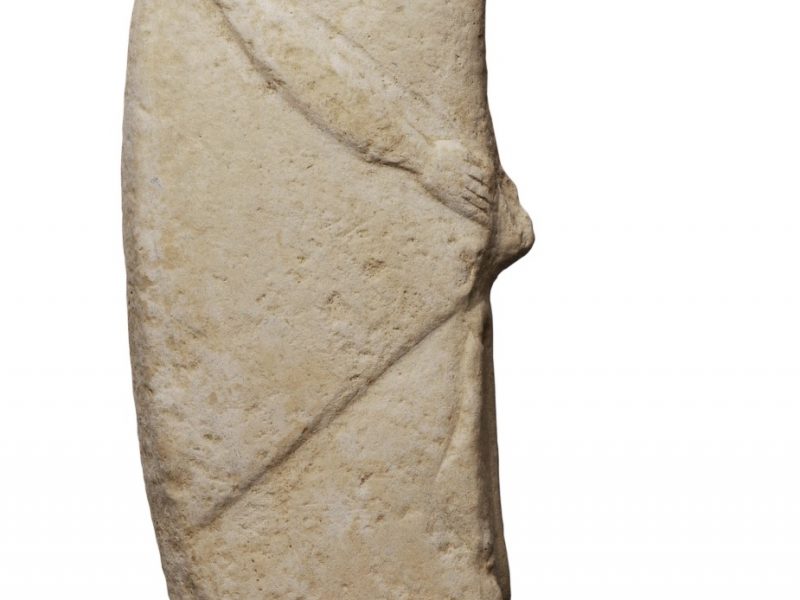 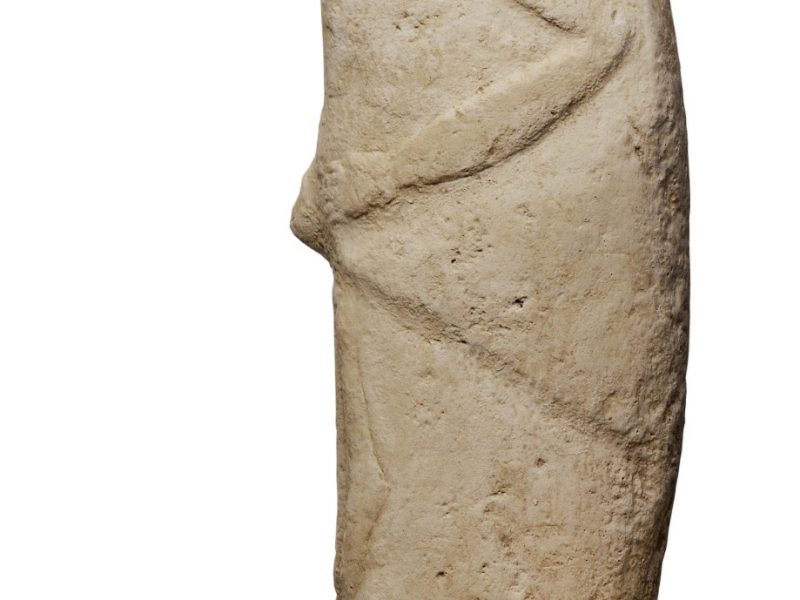 The sculpture was originally found by a local farmer and purchased from him by two archaeology students working at the excavations in Arsameia “about an hour by horse north-west of the Roman bridge in the village of Kilisik” and later transferred to the Archaeological Museum in Adıyaman (Hauptmann 2012, 18-20). The stele is measuring c. 80 cm in height and carved from limestone, the conspiciously T-shaped head shows a broader back and rather slim face with an emphasized nose and only suggested eyes. Arms are depicted on both sides of the body, the hands meeting above the belly at some bulge which can be identified as head of another, smaller figure below. Whose left arm is more or less hanging down, but the right hand seems to reach towards its lower body – where a circular hollow was carved into the stone (Hauptmann 2012, 20 (in an earlier interpretation, Hauptmann (2000, 8-9) even discussed the possibility to read head and body of the smaller figure as navel and penis depictions, cf. also Verhoeven 2001)). Whether or not this hollow already was part of the sculpture’s original design or was later added (maybe for a phallus to be mounted or something similar, or to indicate a hermaphroditic nature of the figure as e.g. Hodder and Meskell (2011, 238) suggested) remains unclear.

Although its original find context still could not have been figured out (Hauptmann (2012, 18) suggested an early Neolithic settlement north of the village), the Kilisik Sculpture is an extraordinary find among depictions and sculptures of that period due to its specific shape, apparently combining characteristics of very different elements of other types of known Neolithic sculpture:

This combination of very specific and very different elements and ideas makes the sculpture from Kilisik so special among Pre-Pottery Neolithic image representations and forms an interesting link between the various types of sculptural art of the period. Hauptmann (2012, 22) even suggested to interpret this scene as a ‘mother and child’ motive (known i.a. from two of Nevalı Çori’s clay figurines). In this case the Kilisik example would represent the first female depiction to be associated with the T-shaped sculptures. Since the depiction lacks clear sexual characteristics, this remains a rather vague and ambivalent possibility asking for further research. The Kilisik Sculpture, however, already could demonstrate that with a growing number of such finds our understanding of the complexity of early Neolithic art is still increasing.

I. Hodder and L. Meskell, A “Curious and Sometimes a Trifle Macabre Artistry. Some Aspects of Symbolism in Neolithic Turkey, Current Anthropology 52(2), 2011, 235-263. [external link]