Why did it have to be snakes?

Snakes are omnipresent at Göbekli Tepe. Even today you may have the luck to encounter a Levantine Viper when visiting the site (yes, they are poisonous, but just let them be, they are also protected by the Washington Convention). In most cases you will only see their image in stone. Snakes are among the most often depicted animals at Göbekli Tepe. They appear on pillars, on porthole stones, on small stone plaquettes and shaft straightheners. Especially Enclosure A is full of them. Pillar 1, one of the central pillars of this building, shows what seems to be a net of snakes. 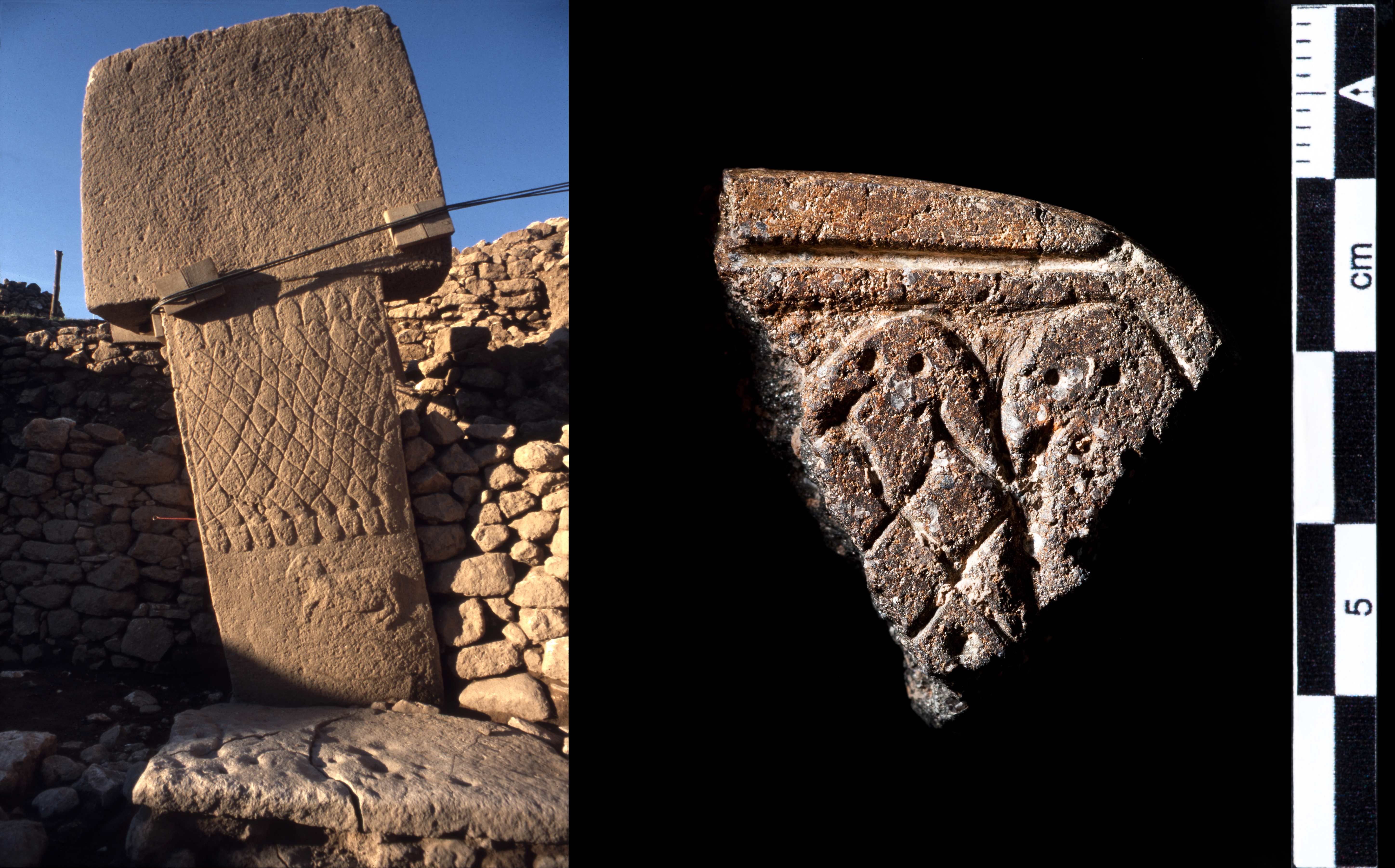 A recent (2013) find of a small fragment of a stone plaquette from a deep sounding in trench K10-13 shows a very similar motif. Two snake heads and below them a net-like depiction of interwoven snake bodies are clearly visible. The motif seems to have been of such importance that it was reproduced in handy size to be carried around. Why this preoccupation with snakes?
A first explanation is that they fit very well in the range of animals depicted at Göbeklki Tepe. The site crawls with dangerous insects, scorpions, scolopenders; and the mammals depict are not any more friendly. This has something to do with the overall meaning of the site. Much of Göbekli´s iconography is related to early Neolithic death rites.
But there is another aspect to the apparent popularity of snakes at Göbekli Tepe. 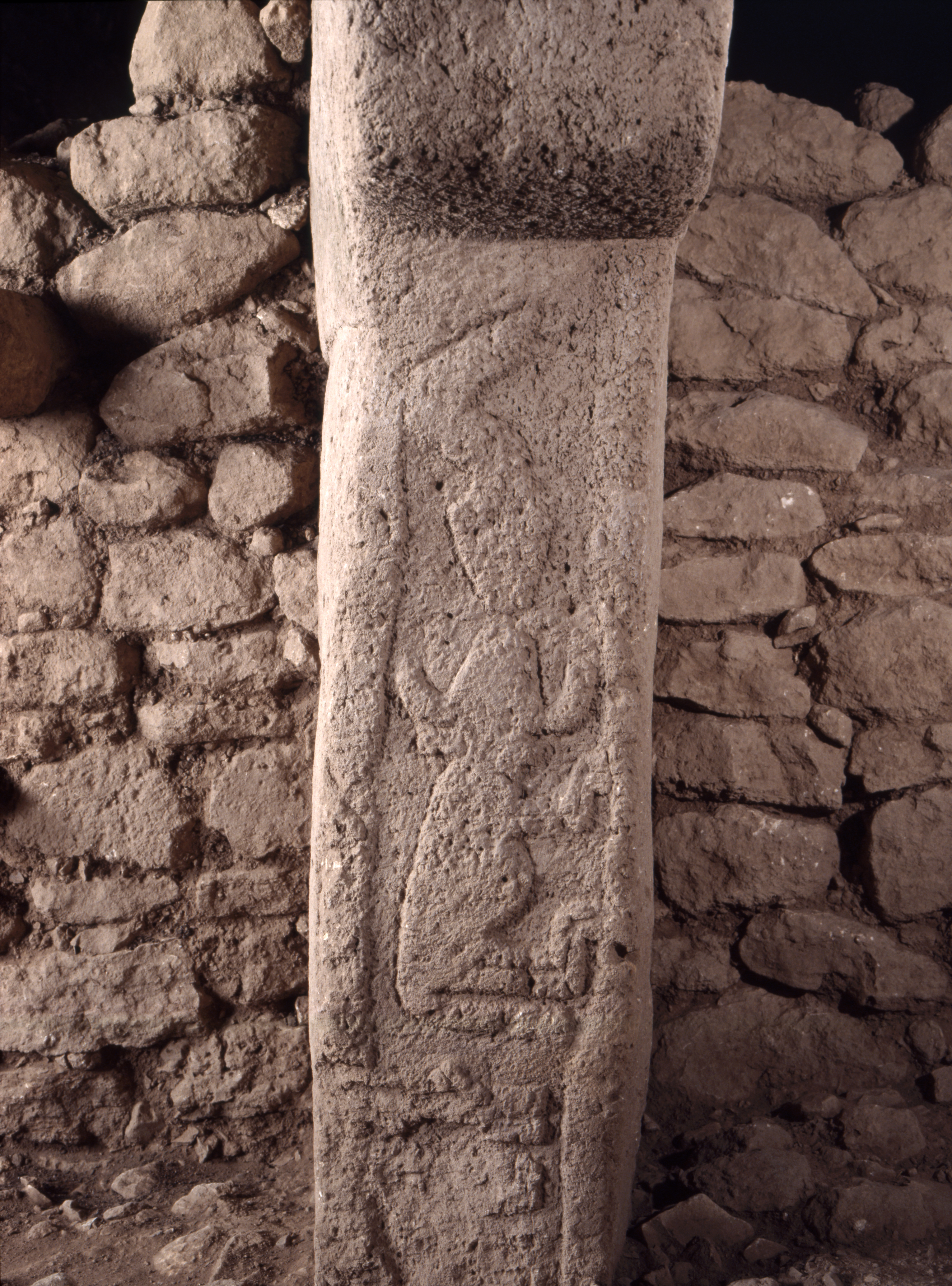 On the front side of Pillar 20 in Enclosure D, we see a snake moving towards an aurochs. The aurochs´ body is seen from the side, the head from above. The position of the head, lowered for attack, could be in futile defence to the snake. The aurochs´ legs are depicted oddly flexed, which could indicate his defeat and near death. As could the size of the snake which is depicted considerable larger than the aurochs. If this depiction really shows a battle between snake and aurochs, in which the snake prevails, there would be room for some interesting, but of course hypothetical, connections to other aspects of Göbekli´s material culture.

As mentioned, centipedes/millipedes and snakes are animals often depicted on PPN shaft straighteners. Morenz & Schmidt (2009) have taken this observation as a starting point to propose a metaphorical relation between the depiction and the object worked with the shaft straighteners. Form and deadliness of snake and arrow were maybe perceived as similar or at least wished to be. A further analogy could be seen between the fast flying arrow and the fast attack of the snake. There is vast ethnographical evidence for big game hunting with poisoned projectiles. If we start from the not completely unlikely hypothesis that this could have been the case also in the Neolithic, the image on Pillar 20 could possibly refer to this complex of analogies and metaphors, and could be ’read‘ as a depiction of a hunt in the widest sense, without the representation of an actual human actor.