Photography certainly is an important tool for documentation in archaeology. For me personally, it is also a hobby (you can find me on Flickr here: external link). Going through the loads of photos the digital age produces and often readily forgets, I found some images of Göbekli Tepe that I wanted to share here. The collection is not finished and the post will be expanded as I dig deeper into my archives. So come back for more if you like what you see! Göbekli Tepe is situated at the northern periphery of the fertile crescent, on the highest point of the Germuş mountain range overlooking the Harran plain. The site lies on an otherwise barren limestone plateau.The tell has a diameter of around 300 m and is characterized by several mounds divided by depressions. At the highest point, Göbekli Tepe has about 15  m of stratigraphy. This is a view of the tell from the south, with the excavation camp. Taken in 2007, during my first field season at the site with the late Klaus Schmidt. 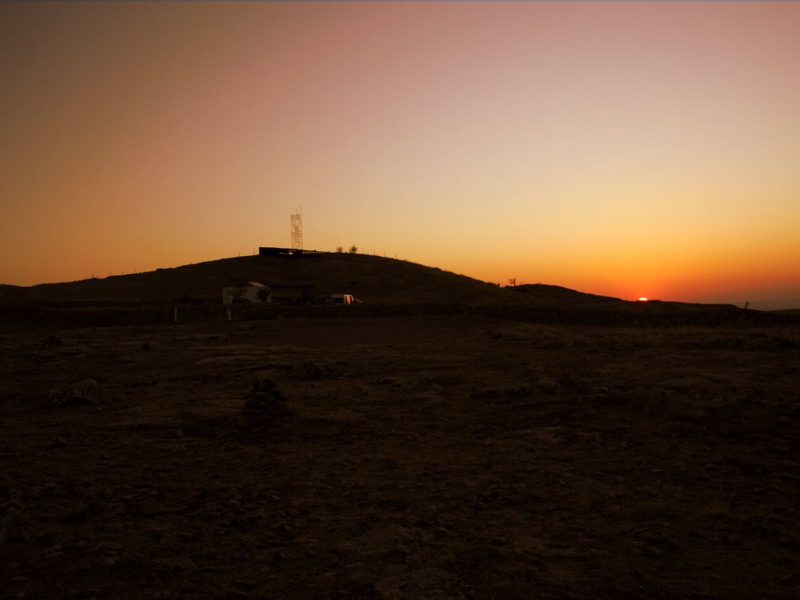 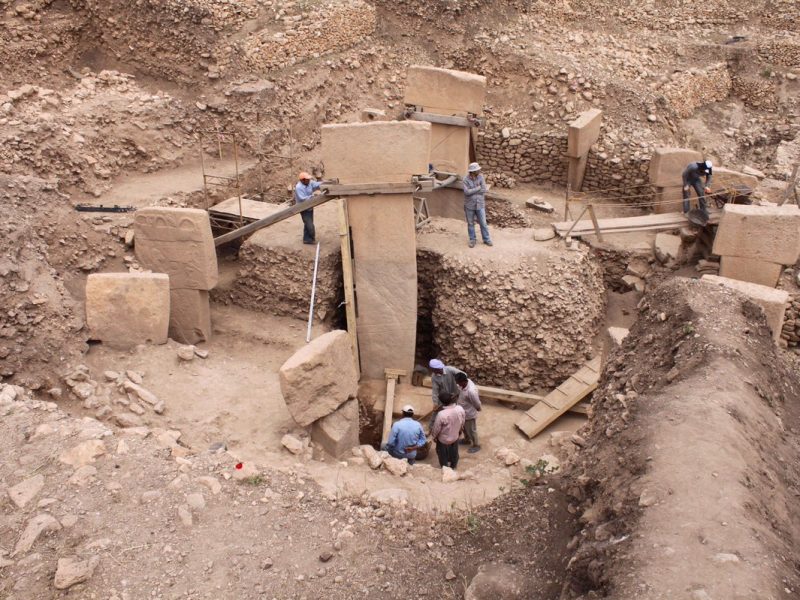 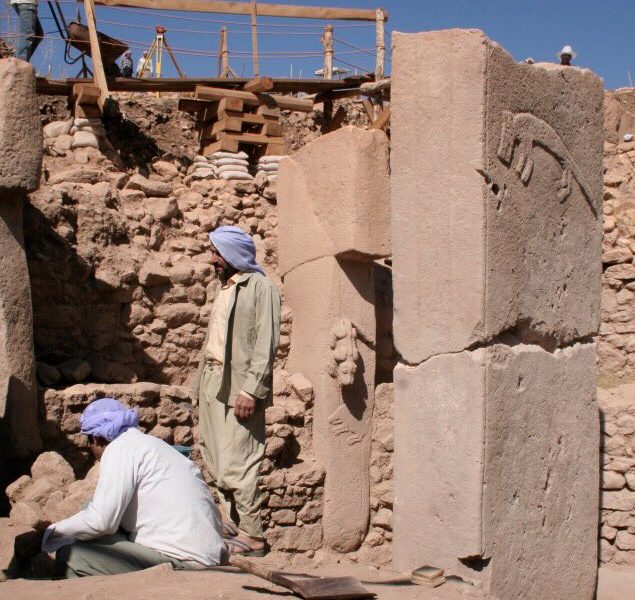 All areas excavated so far show a similar general stratigraphic sequence. The oldest layer III is characterized by monolithic T-shaped pillars, which were positioned in circle-like structures. The pillars were interconnected by limestone walls and benches leaning at the inner side of the walls. The circles measure 10-20m. Work in Enclosures D and C, 2009-2010. 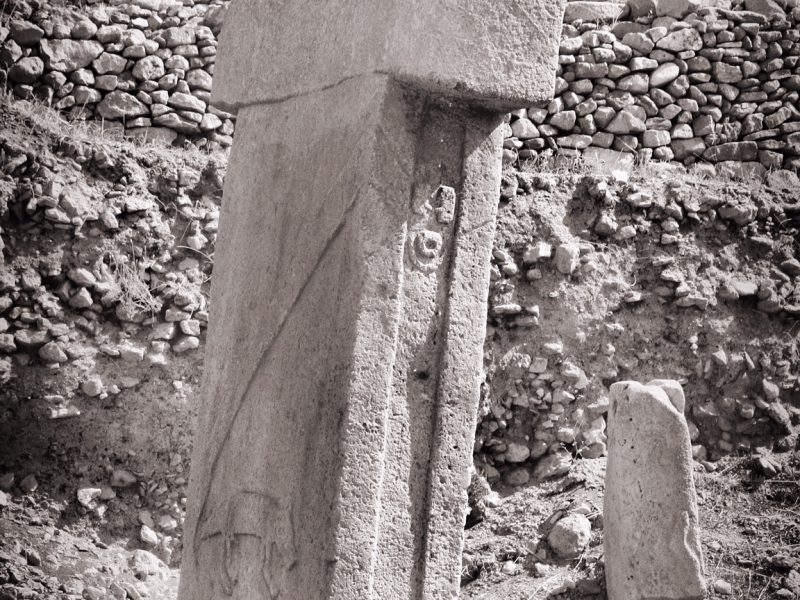 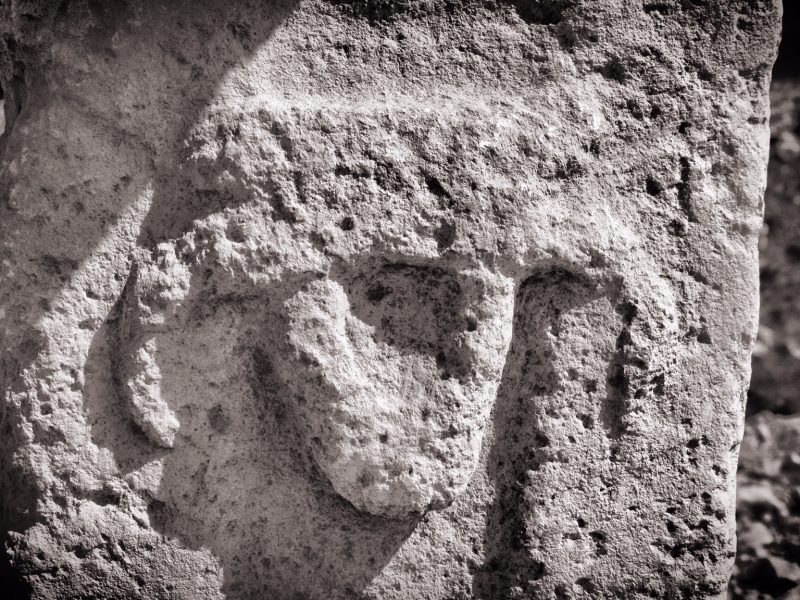 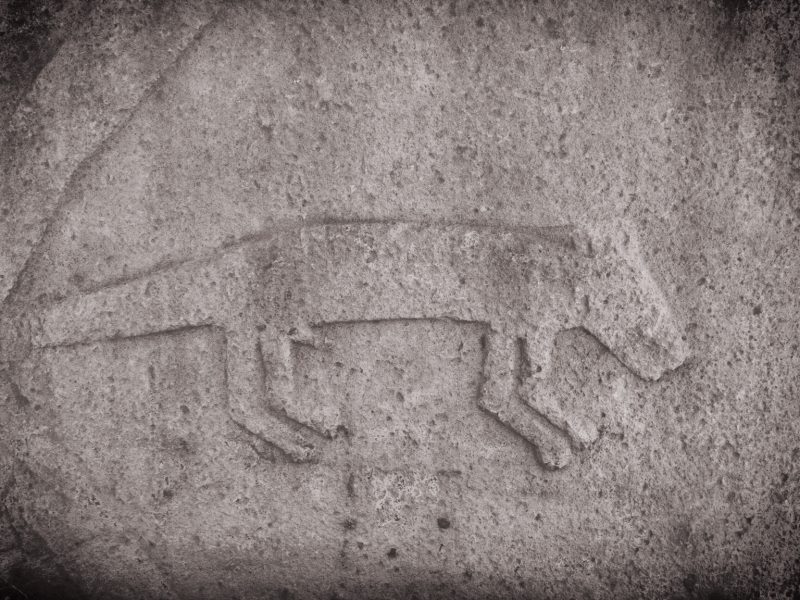 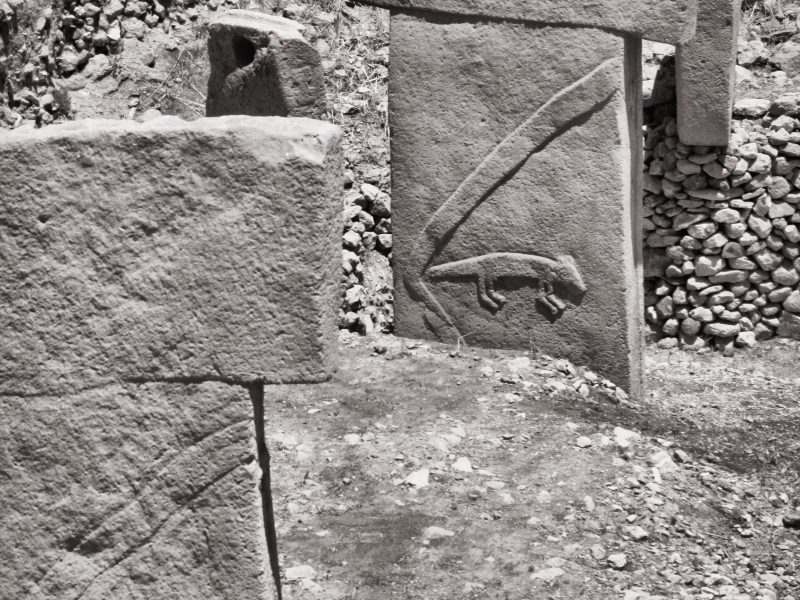 In the centre of the enclosures stand always two bigger pillars, with a height of over 5m.  The T-shape is clearly an abstract depiction of the human body seen from the side. Images of the central pillars of Enclosure D in 2007. 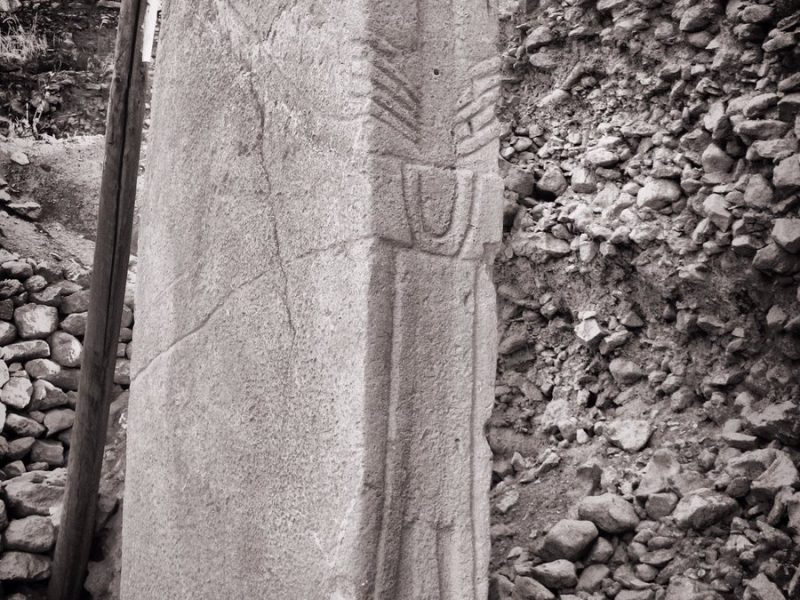 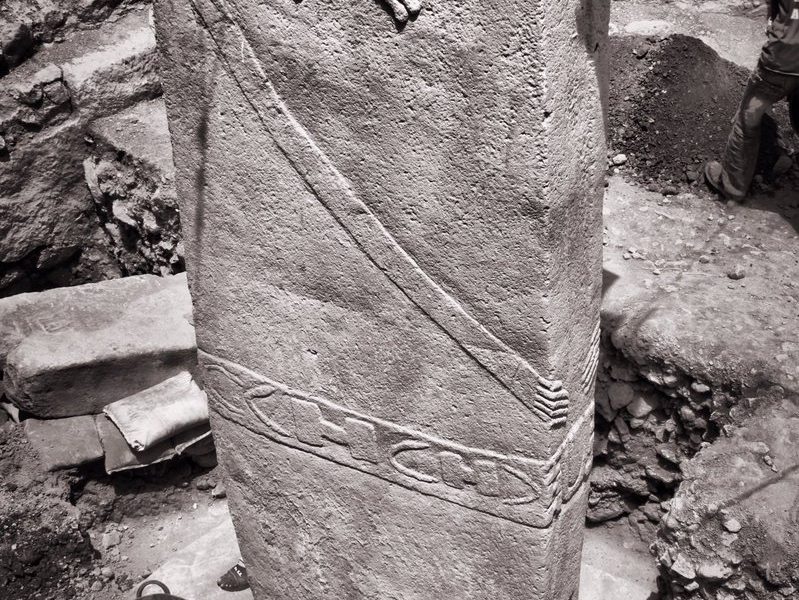 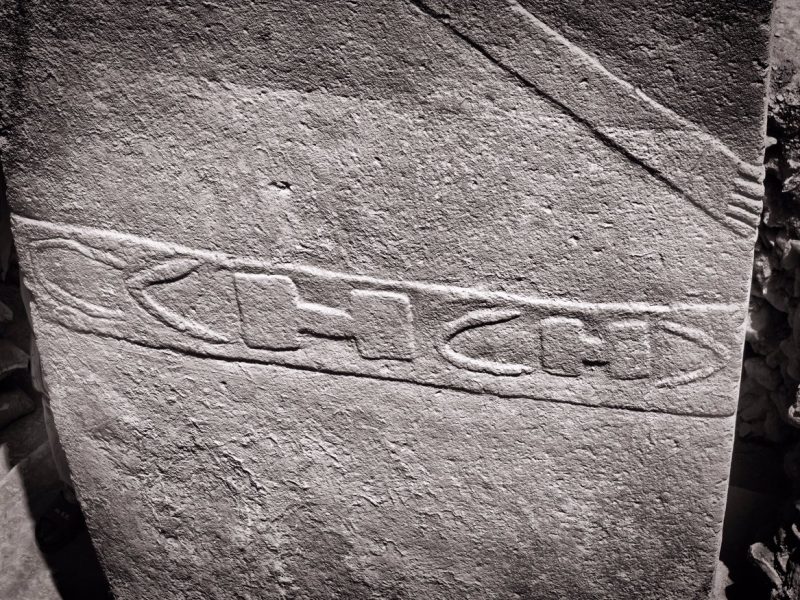 Evidence for this interpretation are the low relief depictions of arms, hands and items of clothing like belts and loinclothes on some of the central pillars. The western central pillar of Enclosure D during excavation, 2009. 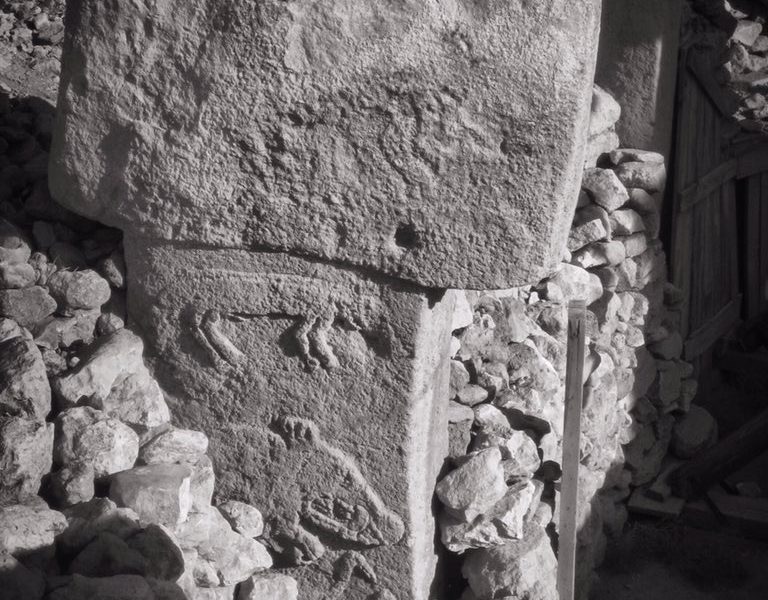 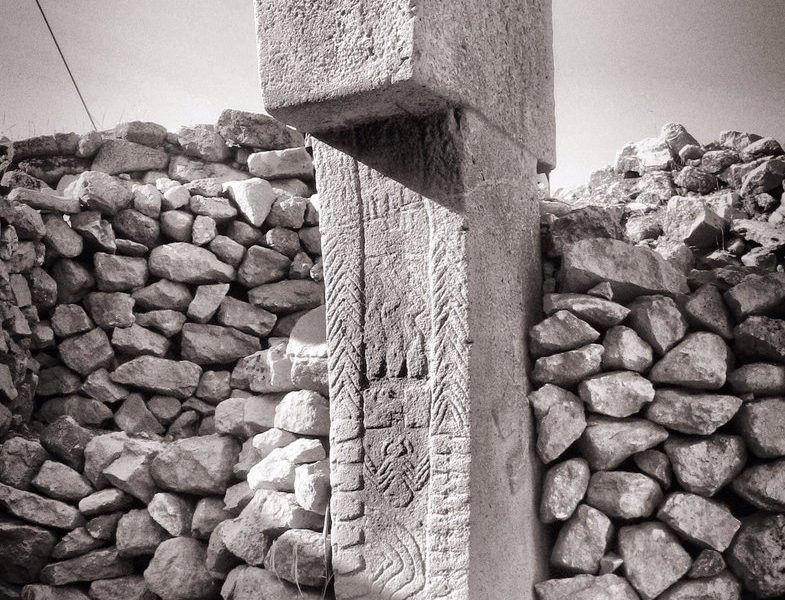 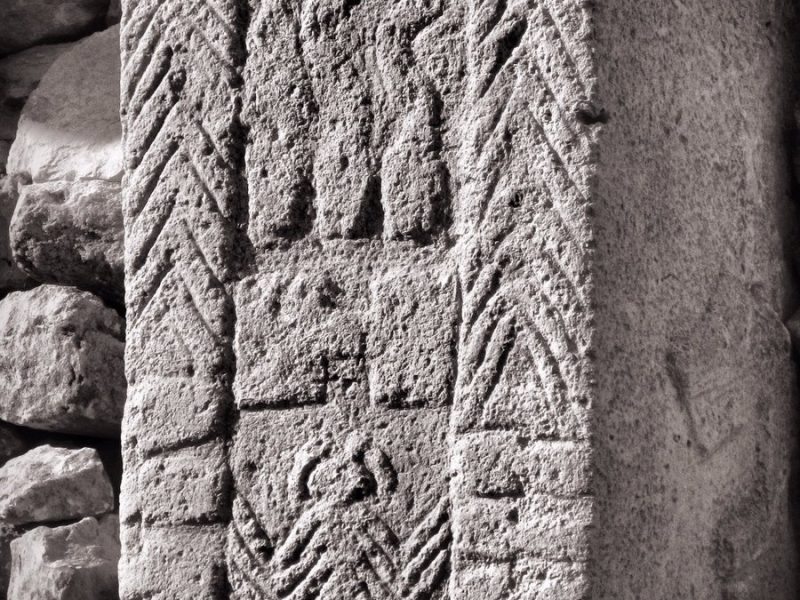 There is a clear hierarchy of pillars inside the enclosures. The central pillars are up to 5,5 m high, they have the already described anthropomorphic elements. The surrounding pillars are smaller, but more richly decorated with animal reliefs than the central ones. They are always „looking“ towards the central pillars, and the benches between them further amplify the impression of a gathering of some sort. Richly decorated pillars from Enclosure D, 2012. 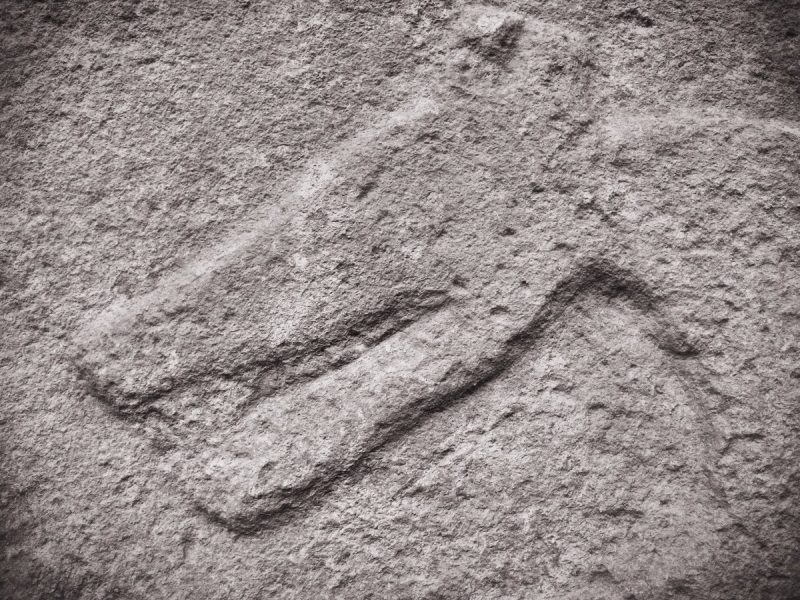 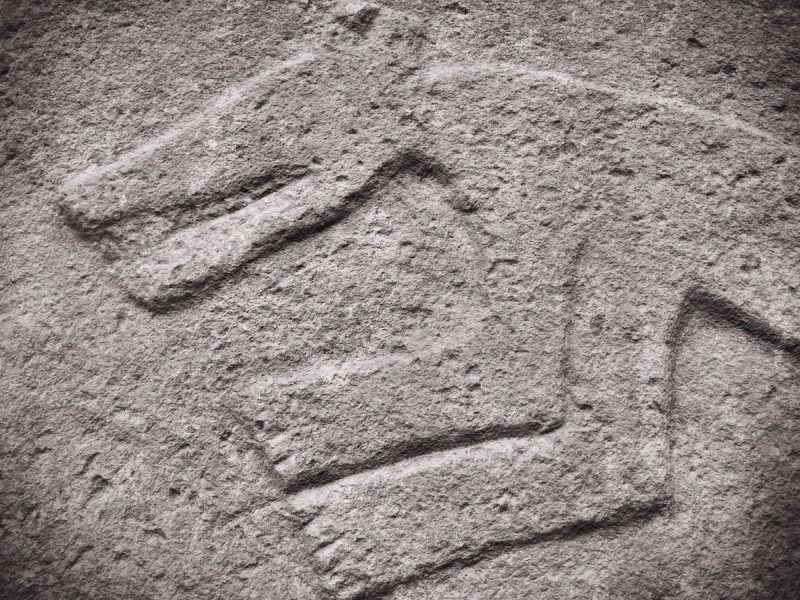 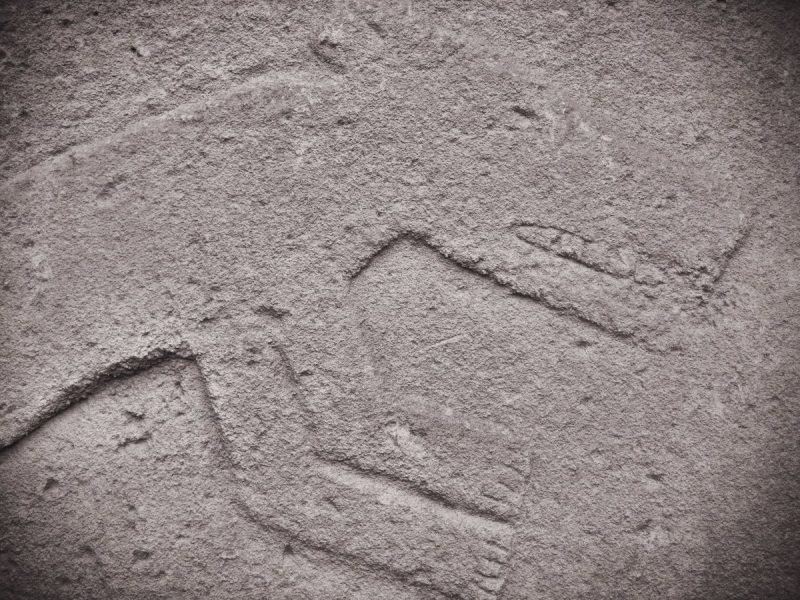 Decoration of the pillars is not arbitrary. There are marked differences between the animal species depicted inside each enclosure. It could well be that the dominant species are connected to certain groups, in the sense of emblematic, or totemic symbols related to their identities. Foxes are the animal most frequently depicted in Enclosure B. The images are close-ups of the depictions on the central pillars. Decorations on the pillars are not limited to low reliefs. On Pillar 27 in Enclosure C the high relief of a snarling predator is preserved. Directly in front of it, a boar is depicted in side view in low relief. A hunting scene? Images from 2009. Pillar 27 is not the only example indicating narrative meaning of Göbekli Tepe’s imagery. One striking example for this is Pillar 43 in Enclosure D. Photo from 2009. Layer III is supraposed by layer II, dating to the early and middle PPNB. This layer is characterised by smaller, rectangular buildings. The number and the height of the pillars are also reduced. In most cases only the two central pillars remain, the biggest measuring around 1,5m. Layer II building with bench, pillar and stationary limestone vessel on the southeastern hilltop, 2012. At Göbekli Tepe, the Neolithic quarry areas from which the workpieces for the enclosures originate are well known. They lie on the limestone plateau immediately adjacent to the site. The maximum distances that had to be covered were 600-700m. The largest standing pillars discovered so far have 5.5m and weigh around 10t. In the quarry areas however there is one example of a 7 m long pillar preserved.Photo from 2007.