A Stairway to the Circle of Boars

During the autumn excavation season in 2012 an interesting detail could be added to the PPN A monumental architecture at Göbekli Tepe.

Among the enclosures in the so-called main excavation area, Enclosure C stands out in particular due to several concentric, interleaved walls forming the characteristic circles of T-shaped pillars.  The structure and layout of this peculiar enclosure changed signifanctly over time, hinting at a longer (re-)building history and life-cycle. For instance, an earlier entrance reminiscent of a dromos was blocked by an apparently later wall.

The supposed entrance is formed by two walls (made of noticeably large stones which are worked on all sides) running almost rectangularly towards the south and nearly parallel to each other. Almost like a barrier, a huge stone slab protrudes into this passage. Although the slab has not been completely preserved it is safe to say that once it had been provided with a central opening closed by asome stone-setting of which two layers still could have been observed in situ. At the slab’s southern side, looking away from Enclosure C and towards the visitor, there is the relief of a boar lying on its back right below the opening. 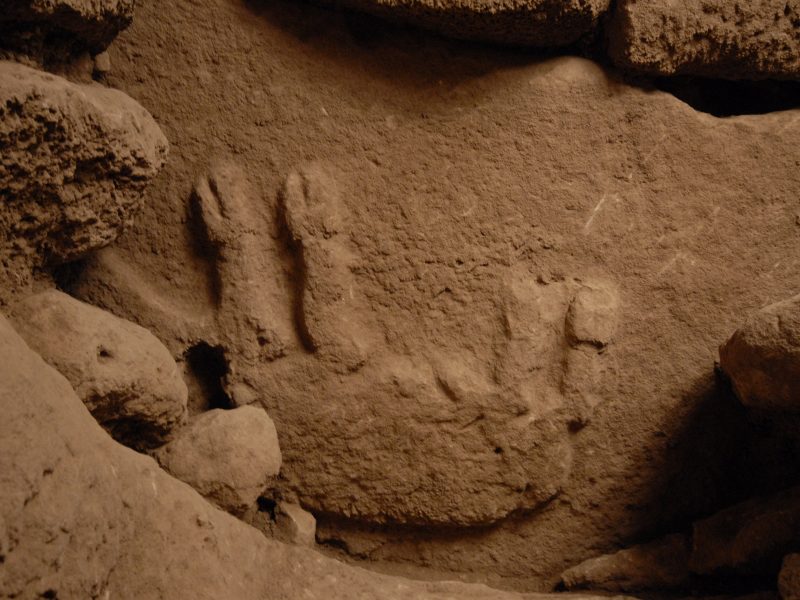 This relief of a boar lying on its back was found on a porthole stone situated directly behind the U-shaped ‘door’ stone. (Photo: D. Johannes, DAI) 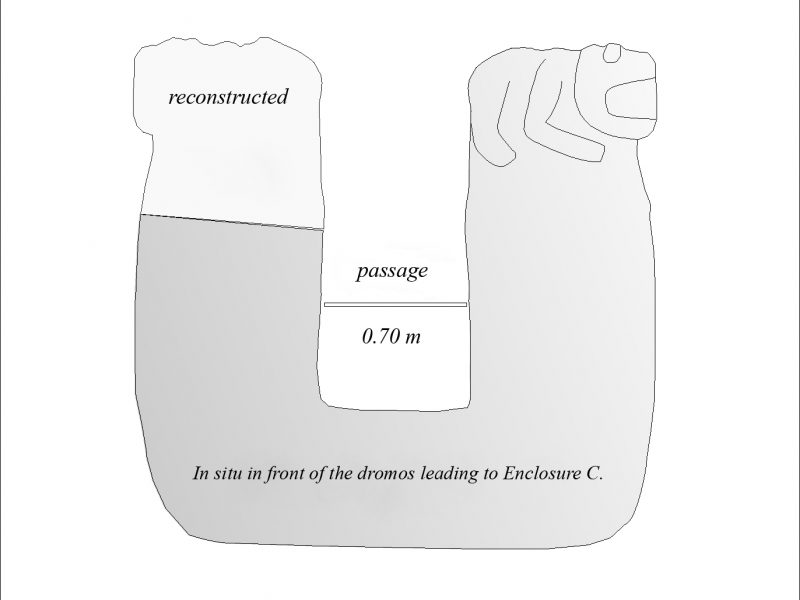 Only partly excavated U-shaped ‘door’ stone (in front of another ‘porthole stone’). On the eastern side there probably was a counterpart (now lost) to the predator on the western part. (Drawing: K. Schmidt, DAI)

This relief-carved ‘porthole stone’ is accompanied by another building element. First, the sculpture of another animal was found right nin front of it, to the south: a beast of prey with a widely opened mouth, a lion or maybe a bear. In a distance of only 80 cm its counterpart was found, whose probably similarly sculpted head had been severed and is lost, unfortunately. As excavation went on it became clear that both actually belonged to just one large monolithic U-shaped workpiece. Apparently, together with the porthole slab it seems to have marked an entrance into this enclosure. 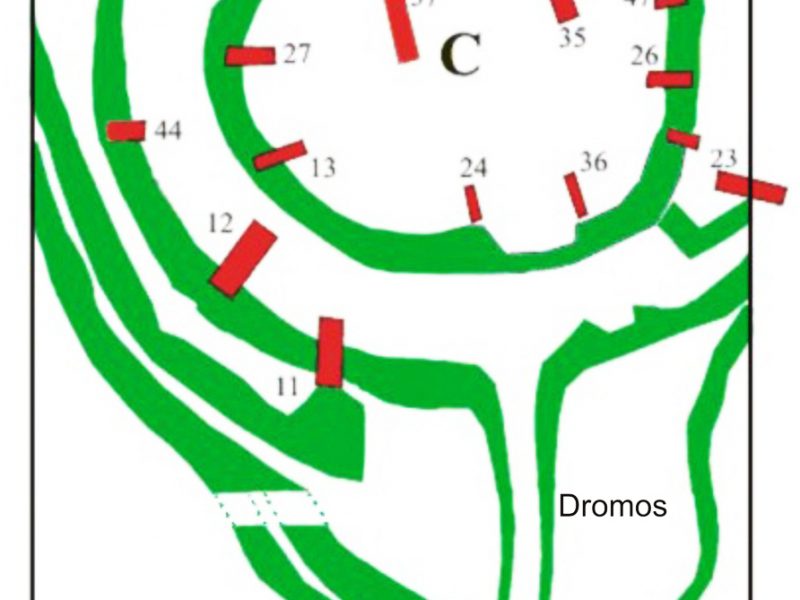 Plan of Enclosure C indicating the position of the stairway discovered to the south of its possible entrance situation. (Plan: K. Schmidt, J. Notroff, DAI) 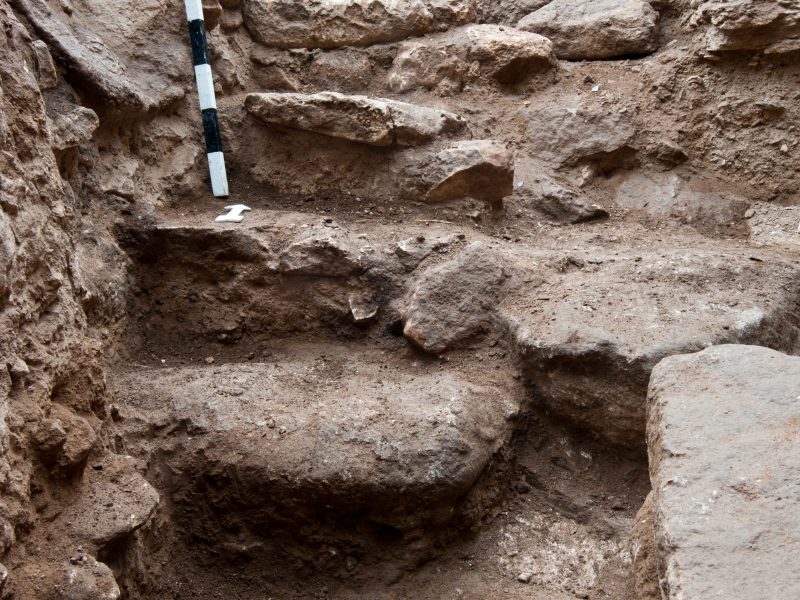 So far eight steps of a stairway were discovered in the apparently more complex entrance situation of Enclosure D. (Photo: N. Becker, DAI)

A new element of this situation was unearthed recently: a stairway with (at current stage of excavation) so far eight stone-steps was discovered during field work in autumn 2012. It seems possible that these stairs once were constructed to bridge a hollow in the bedrock, leading up to Enclosure C’s orginial entrance, but further excavation work will be needed to entirely understand this situation.