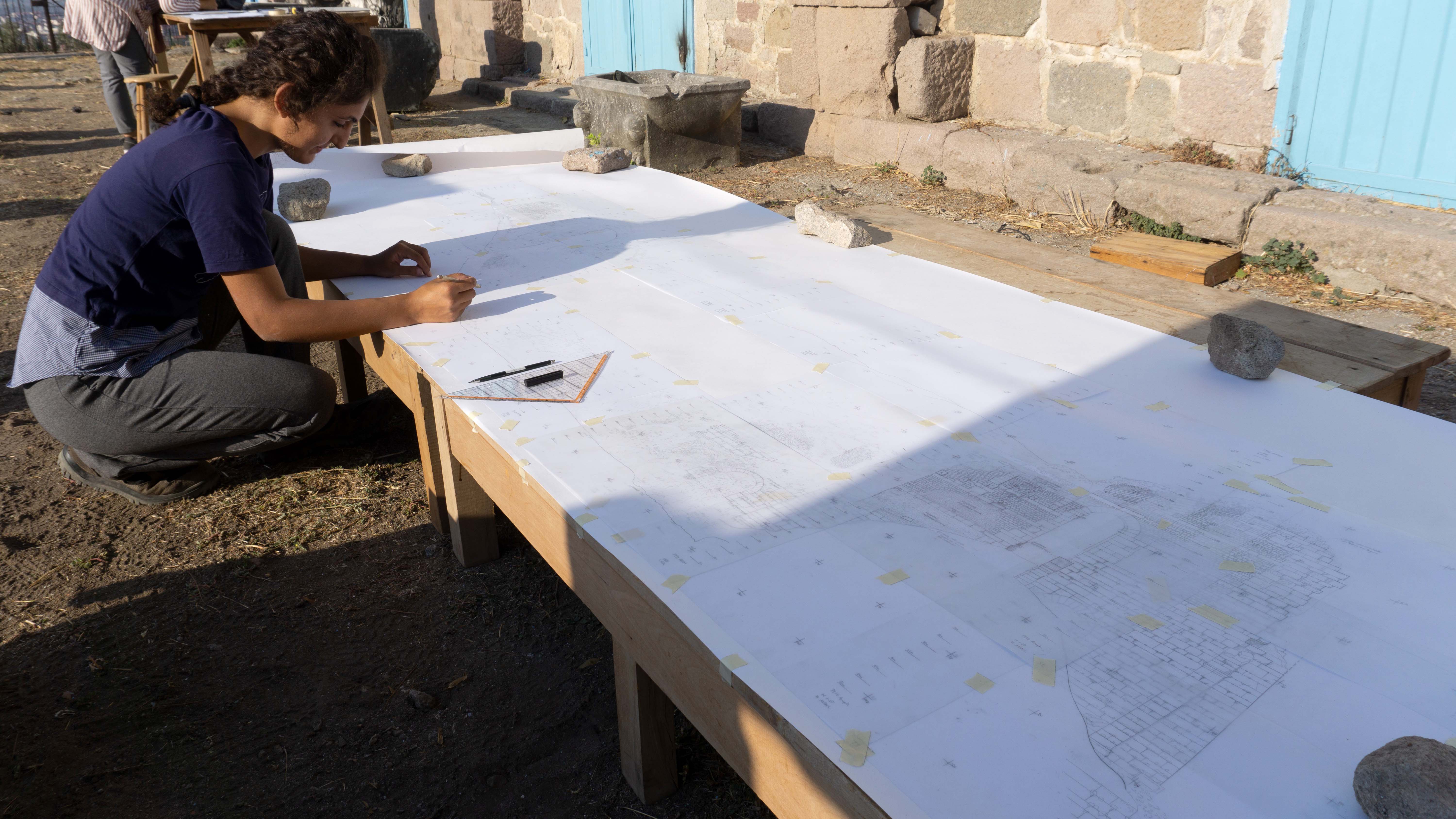 In the 2019 excavation season the intensive and detailed architectural documentation continued in the amphitheater within the scope of the TransPergMikro Project. The documentation was executed by a joint Turkish-German team, who managed to complete about 140 DIN-A3 drawings. At the same time, three trenches were opened and documented, which yielded important information about the architectural lay-out, the chronology and the use of the amphitheater.

For the architectural documentation 3D models were prepared as a first step by Structure from Motion (SfM) with photographs taken from the ground and aerial photographs taken by a drone. These models were integrated in the coordinate system on the basis of total station measurements. After that, the scaled visuals, which form the basis for the hand drawings in the field, had been obtained from the SfM digital data. In order to ensure genuine observations of the original walls on the basis of a thorough autopsy, the digital documentation had been combined with hand drawings. This is an established method of “Bauforschung”, which combines accurate documentation of a building with its analysis. Additionally, the SfM-method cannot be applied in all areas, while traditional methods of measurements and drawing are more flexible in this regard. The drawings obtained during the field studies are transferred precisely to digital media by using CAD-based programs and vector programs (image tracing) on ​​graphic tablets and computers.

Besides architectural documentation, archaeological excavations with significant outcomes were carried out with the scope of understanding better the architecture of the building, its chronology and use. A trench in the western cavea (spectator rank) provided insights in its foundation, combined with pottery dating back to the construction period. Another trench on the eastern edge of the building structure yielded a wall from its substructure next to collapsed wall. Post-destruction activities of lime burning out of marble could be attested here as well as in other places. Particularly revealing was a third trench at the assumed edge between cavea and arena: The boundary of the arena in the form of a wall with facing niches could be found together with its floor made of beaten earth. The interpretation of this layer as floor was corroborated by the find of nails used to strengthen the soles of shoes. The floor was covered by layers of sand, which indicate together with fallen architectural parts the (temporal?) destruction of the amphitheater. On top of these layers, further activities could be detected, including the disposal of parts of a donkey or another equide. This data will be further studied by an interdisciplinary team of archaeologists, architects, geographers and zooarchaeologist.

A severe obstacle for our work was the heavy littering of the amphitheater combined with dense vegetation particularly in the arena. With the help of the Bergama Belediyesi (city council), considerable amounts of plants and garbage could be removed. This is an important first contribution to a better maintenance of the important monument. 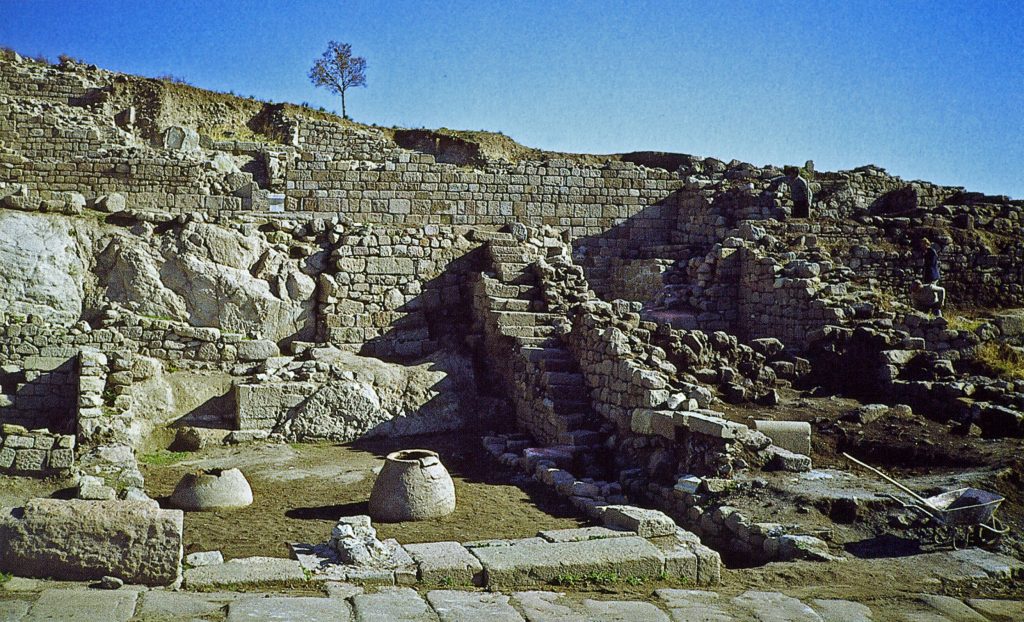 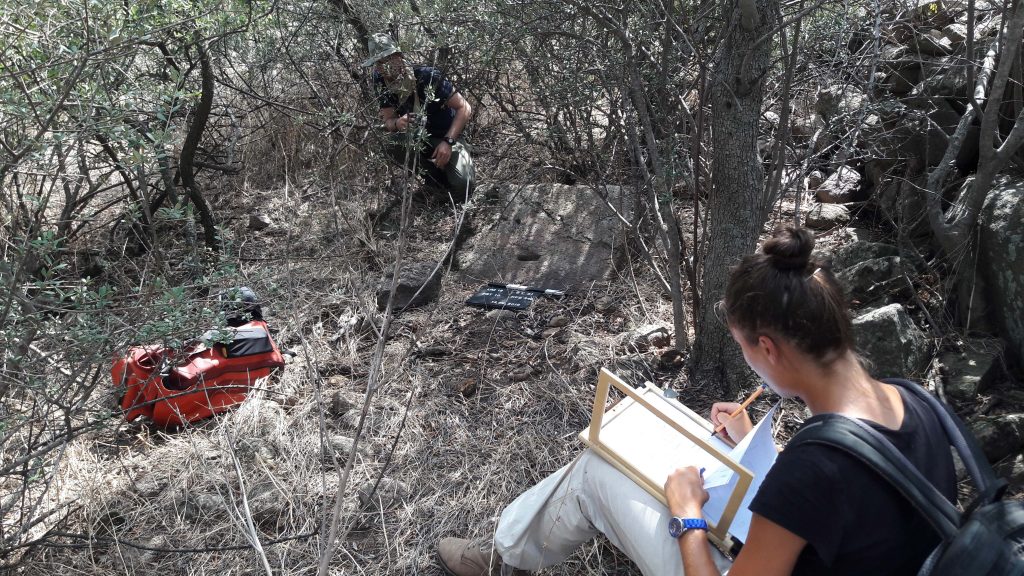