Enclosure B, a short overview

Second in our series of short overviews of the architecture of Göbekli Tepe’s older layer comes Enclosure B – which also was the second structure discovered during excavations. 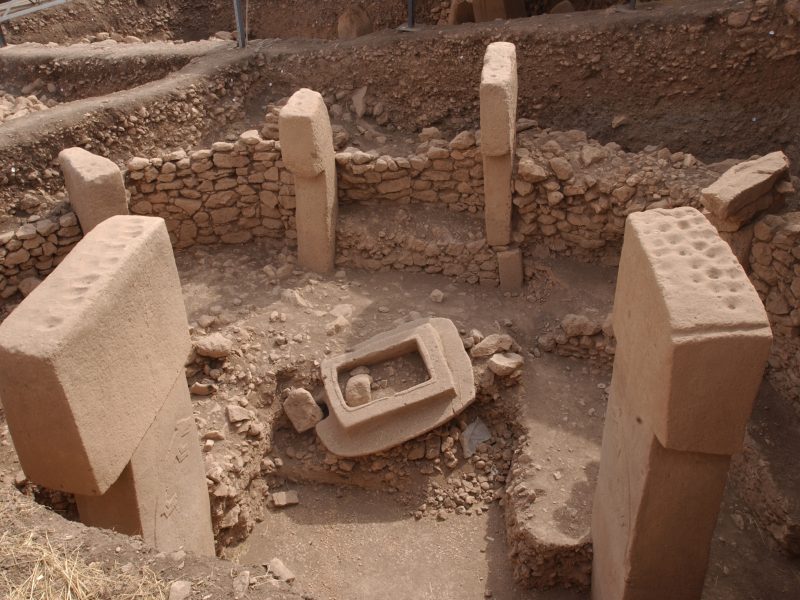 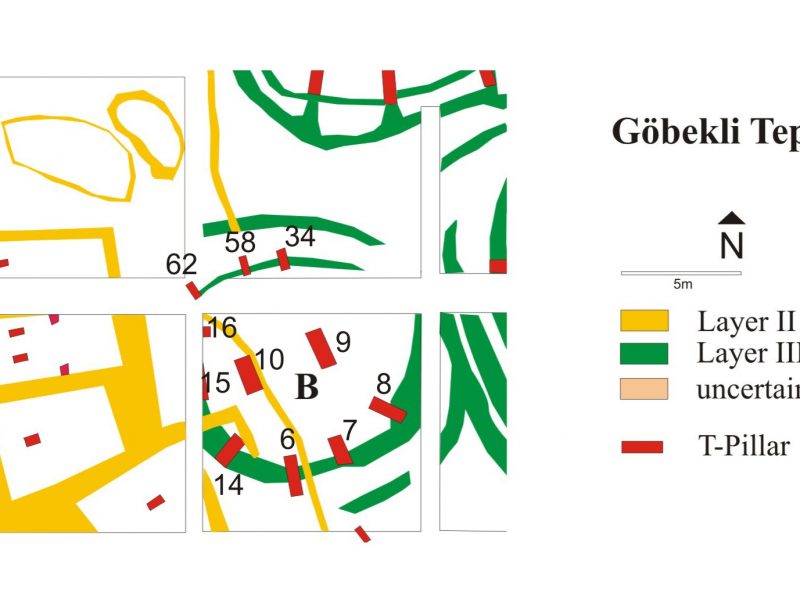 The ground plan of this enclosure is round, with an internal diameter of nearly 10 metres. Two central pillars and a total of eight pillars in the surrounding ring wall have been discovered so far. Most of these pillars are undecorated and none of them, as far as their front (i.e. ‘belly’) sides are visible, are adorned with the raised lateral parallel bands thought to depict a stola-like garment. Pillar 6 in Enclosure B (Photo: I. Wagner, copyright DAI).

Pillar 6 in the southern part of Enclosure B shows the relief of a quadruped animal from above on the small side of the pillar’s head. It resembles a reptile, but there are also similar PPN depictions which may depict leopards. On the pillar-shaft a snake is depicted crawling down. It is worth noting that all reliefs are found on the backside of the pillar, i.e. not facing towards the central pillars, a clear indication that Pillar 6 likely represents a case of secondary use.

Pillar 7, also located in the south of Enclosure B, has a largely obliterated relief on the right side of its head. There is also an old damage visible at the same pillar’s shaft and its head seems to have been reshaped at some point, resembling actually more a “Γ” than the typical “T”. Pillar 8 is located in the southeastern ring wall and has not produced any reliefs so far. In the eastern ring wall Pillar 14 has been excavated only partially. It bears the relief of another quadruped animal, maybe a fox, on the right side of its head which, however, is largely covered by the ring wall. Pillar 15, also in the eastern wall, stands parallel to the central pillars. That is unusual compared to the other circular enclosures’ layout where the pillars of the ring are facing the central pillars – most likely this indicates another case of secondary use of older pillars. Pillar 15, too, has no reliefs so far. And while Pillar 16 is still largely hidden in a baulk, Pillars 34 and 58 have not been completely excavated as of yet. 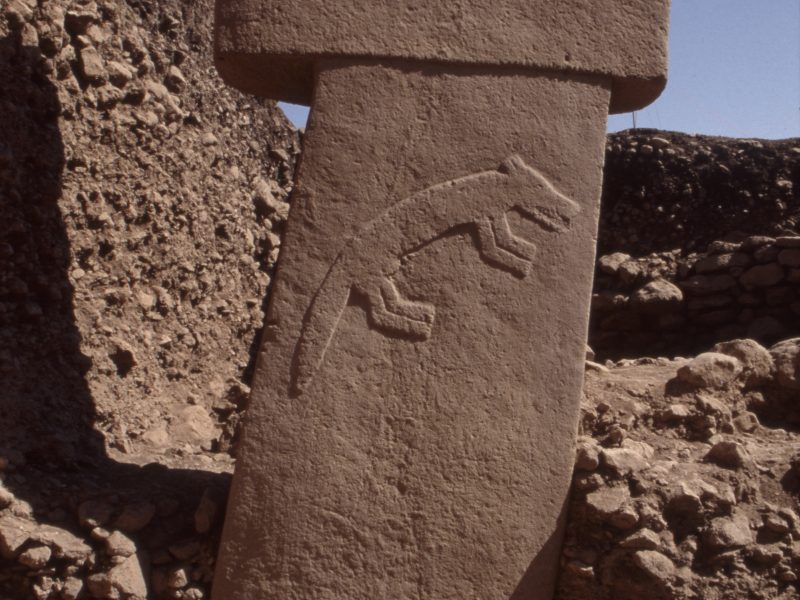 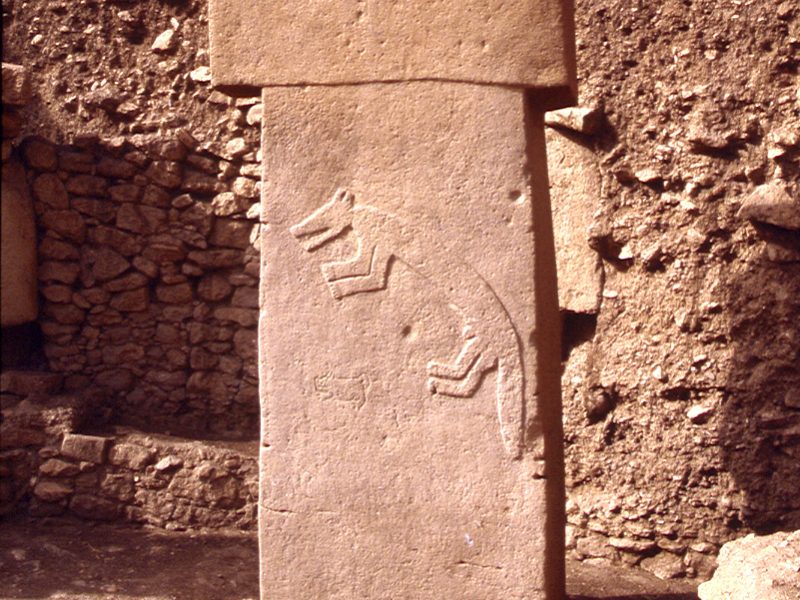 Both central pillars of Enclosure B, Pillars 9 and 10, bear a fox depiction – which thus dominate the reliefs of this scarcely decorated building. The fox on the western broad side of Pillar 9 is large, it measures about 110 cm. The fox on Pillar 10 follows this relief in position and measurements. Below it the shallow engravings of a boar and three dogs are visible, probably a later added hunting scene. Between these two central pillars a terrazzo floor was exposed in an area covering several square metres. This is a significant difference to most of the other PPN A enclosures discovered at Göbekli Tepe so far where the floor was formed directly of the (carefully smoothed) natural bedrock. The terrazzo may somehow work as imitation or ‘replacement’ of the limestone floor here and we can not exclude yet that there is some older floor level underneath. Interestingly, in front of central Pillar 9 a stone bowl was discovered – embedded right into the terrazzo which forms the floor of Enclosure B. A small channel running to to this bowl underlines its possible role in rituals which seem to have taken place here between both central pillars. Porthole stone found in situ in a wall in a deep sounding to the north of Enclosure B (Photo: N. Becker, copyright DAI).

To the south of the central pillars, a  bit off the Enclosure’s center, a so-called porthole stone was found lying on the terrazzo floor. ‘Porthole stones’, i.e. roughly quadrangular megalithic workpieces with one or two central openings are known in larger numbers from Göbekli Tepe. There are good arguments to interpret them as possible entrances, as another example found in a deep sounding to the north of Enclosure B demonstrates. This richly decorated porthole stone was found in situ, embedded into a wall. Whether the other example, found in the enclosure’s center, was installed orginally in a wall, too, or maybe in a possible roof, must remain unclear so far and may be answered by further research.