Guarded by beasts: a porthole stone from Göbekli Tepe

During the 2009 and 2010 excavation seasons at Göbekli Tepe, several new trenches at the northwestern hilltop of the tell were opened. Below the plough horizon, as we already had expected, soon rectangular rooms appeared, the characteristic features of the younger Layer II at Göbekli Tepe. However, in the eastern part of the new trenches, the rooms ended quite abruptly. Instead of them, for some time, there was – more or less nothing. That is, of course we were not digging in sterile soil, the sediments were full of finds, just the architecture was missing. Göbekli Tepe, the areas on the northwestern hilltop under excavation in 2010 (Photo O. Dietrich).

What do you do as an archaeologist in such a situation? Dig on, of course. And after some days of rather monotonous work, that simple strategy paid off. The colour of the sediment suddenly changed into a reddish tone. At Göbekli Tepe, this is a clear indication that you have reached the filling sediments of the older building layer III. And, just to confirm the rule, soon the head of a new monumental pillar appeared. 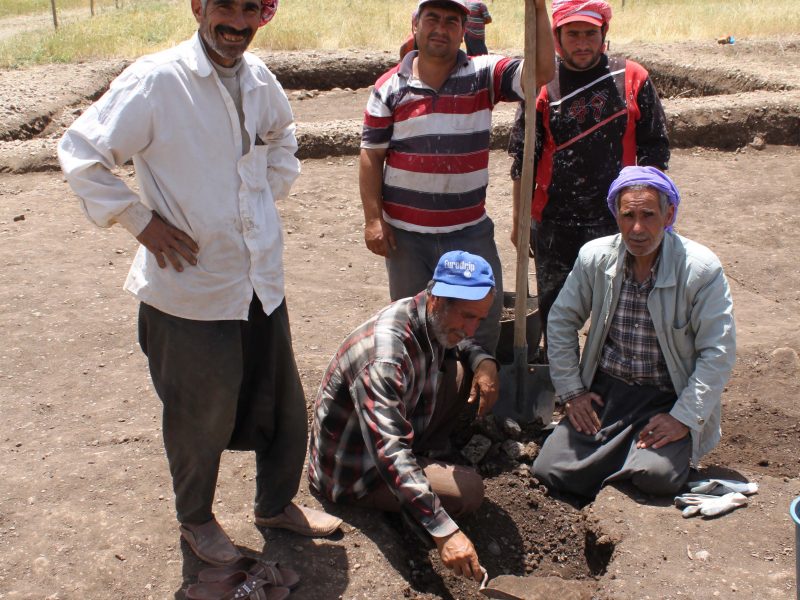 Small beginnings – a worked stone, but what will it be? (Photo O. Dietrich). 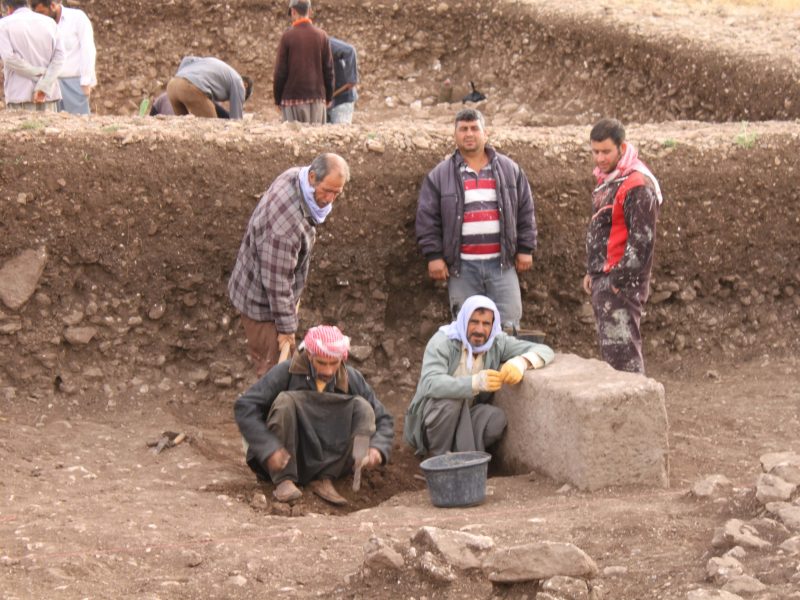 After some more days of excavation, the head of a new monumental pillar emerges (Photo Oliver Dietrich).

Unfortunately we were not able to resume work in those areas on the northwestern hilltop in the following years, as other excavation areas and preparation for the construction of permanent shelter structures over the site required the full attention of the excavation team. However, besides new information on the layer II architecture of the side, two important discoveries came from our work in the ‘north-west’. First, a very important detail for the interpretation of the site in general: it seems, that the situation in the main excavation area in the southeastern depression of the tell is not unique. There, the layer II buildings largely exclude the area of the monumental enclosures. This seems to have been a deliberate choice, as a roughly semi-circular ‘terrace wall’ physically marked the position of the Enclosures A-D, giving the tell an amphitheare-like appearance.

Second, in one of the areas, a very important find was made. What seemed in the moment of discovery to be a larger worked stone, a usual thing at Göbekli Tepe, turned after several days of detailed excavation into a  monumental porthole stone. Several such stones with a central opening are known from the site, and they could have played a role as entrances to the enclosures or other buildings. One of them lies approximately in the centre of Enclosure B and gives some reason to think about an entrance through a possible roof for that bulding. 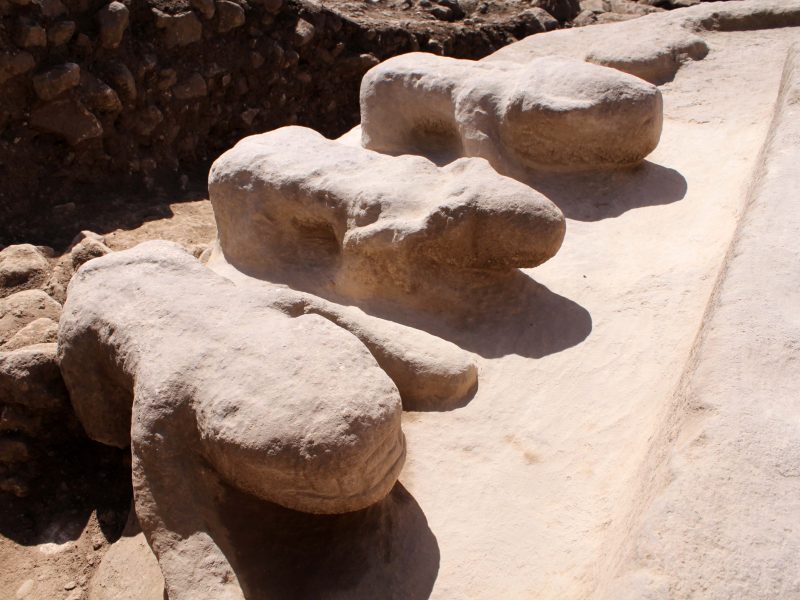 Detail of the sculptures on the monumental porthole stone (Photo O. Dietrich). 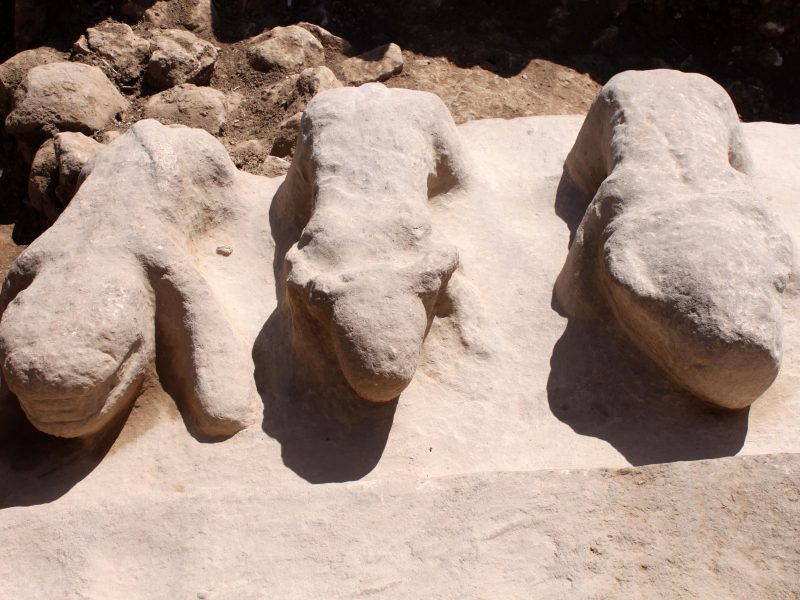 However, the new porthole stone from the northwestern areas was completely different, and that not only regarding its enormous measurements of c. 3x3m. First, unlike all examples found before, it has two openings. Second, it is richly decorated with three c. 0.5m long sculptures of quadrupeds (bull, ram and a wildcat) and a 1.5 m long snake in high relief, as well as a row of cupholes. Unfortunately, the stone was not in situ, that is, not in its original architectonic context. But the decorations clearly show that it must have been part of an important building whose entrance had to be guarded accordingly.