The project aims at investigating changes in subsistence strategies and mobility between the 2nd millennium BCE and the 1st millennium AD at the site of Uruk.

Within this time frame, geoarchaeological and paleobotanic sources attest increasingly arid climatic conditions, which marked a change of pace from the humid phase of the Early Holocene. At the same time, the population growth and the intensive centralized agricultural systems are expected to be the cause for anthropogenic environmental stress which ultimately exacerbated the aridification process.

Despite the considerable amount of paleoenvironmental data provided by the last 15 years of research in southern Mesopotamia, analyses of human and animal osteological remains as proxies to address climate change and environmental stress have been hardly attempted so far for this area.

The research focuses on the isotope analyses of the human and animal osteological collections from Area P6, excavated and published in the last quarter of the 20th century and, as for the human bones, re-analyzed in the latest 2015–2018 research seasons.

The bones derive from single and multiple burial contexts and they cover a time span ranging from the Old Babylonian (20th–16th century BCE) to the Parthian period (3rd century BCE–2nd century AD). The human bones belong to about 25 individuals of different age and sex and the animal bones attest several domestic as well as wild species.

The project aims at carrying out the analyses of three isotopic elements: Carbon (δ13C), Nitrogen (δ15N) and Strontium 87Sr/86Sr.

δ13C and δ15N isotopes provide insight into dietary strategies. δ13C values help to differentiate between the consumption of C3 (such as rice, wheat, oats, barley) and C4 plants (such as sorghum, millet, papyrus and tiger nuts). δ15N values express the individual´s trophic level, pointing to the meat or marine food intake. 87Sr/86Sr provide insights into individual mobility, as their values reflect the geological baseline of the area where the individual lived when still growing up.

These three elements are expected to give evidence of diet strategies and mobility of human and animal groups in a three millennia time span when climate change and environmental stress challenged the availability of food and water resources. 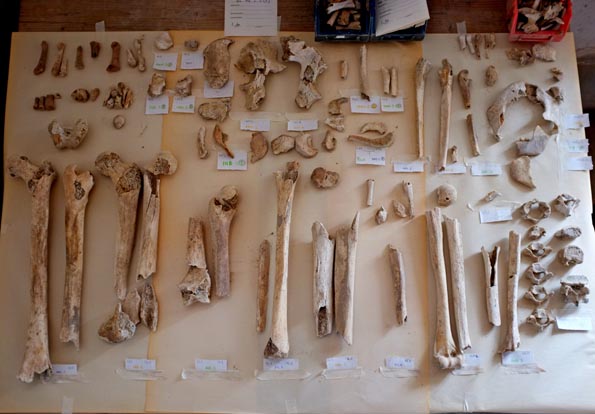 State Board of Antiquities and Heritage Iraq – Baghdad and Samawa