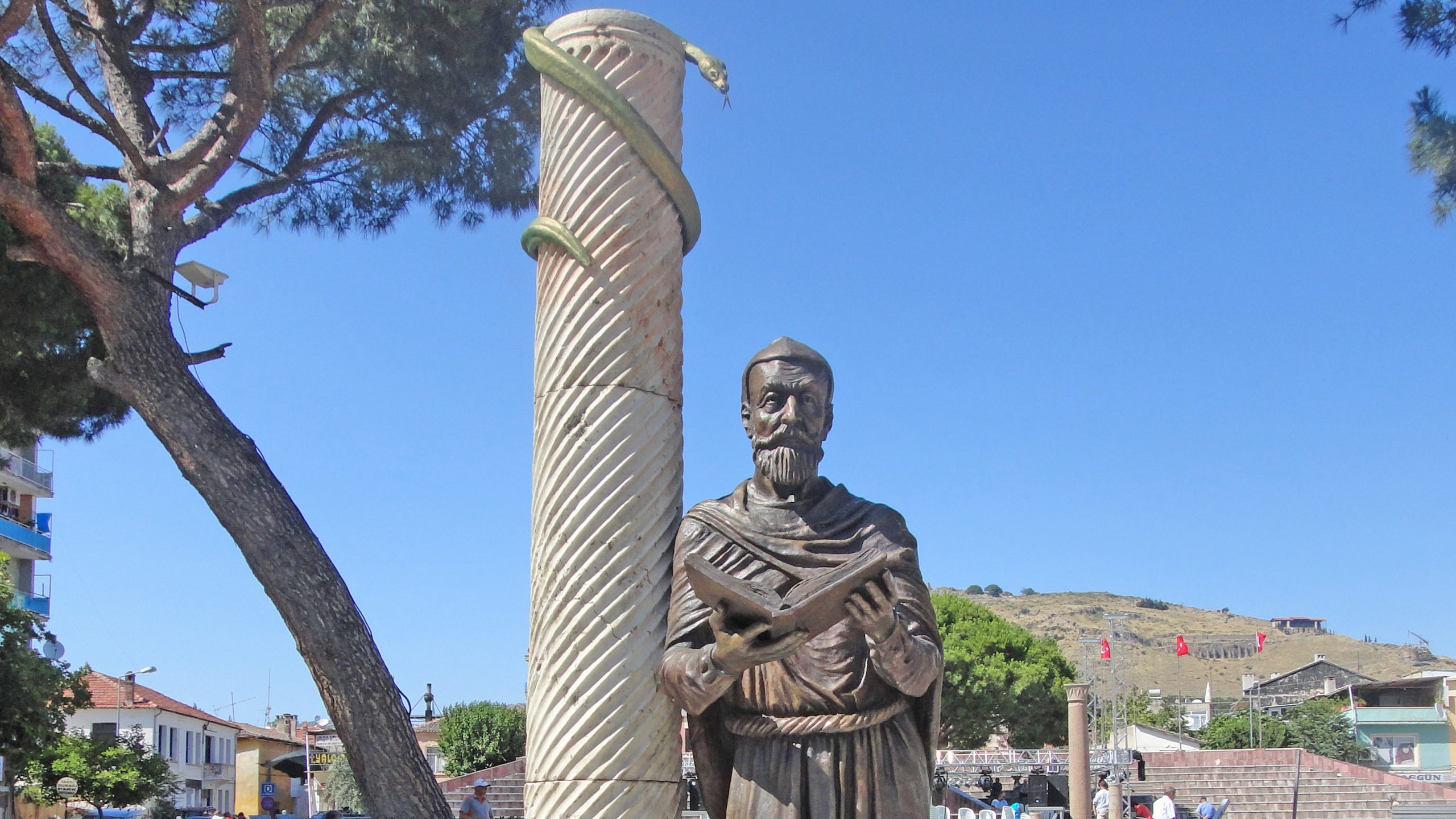 The worldwide spread of the corona virus is currently having a major impact on the everyday life of many people. While this is a completely new experience for most of us, pandemics and their consequences were well known to many historical societies. A vivid academic debate has started recently about the potential impact of epidemics – such as plague or smallpox – on the fall of the Roman Empire (read our post Aus dem Schatten des Pergamonaltars: Mensch und Umwelt in der Antike).

Within the TransPergMicro-project, the demography of the Micro-Region is a crucial factor for the socio-ecological modelling. Since demography and well-being of the population could have been seriously affected by epidemics, the topic is of great importance for our research, too. Therefore, ongoing paleopathological examination of large bone-samples from Pergamon within TransPergMicro is also focusing on this aspect, and future study of ancient DNA might gain further insights.

Thanks to literary sources from the 2nd century AD, we know about diseases with far-reaching consequences for the people of ancient Pergamon, regardless of whether they lived in the city or in the countryside. The following account by the ancient historian Murat Tozan of the TransPergMicro-team points to striking similarities to the current situation! And it becomes clear why researching the way of life, well-being and the health-status of Pergamon’s ancient population can contribute to the understanding of epidemics and their impact on individuals and societies in general.

After the Roman domination of the entire Mediterranean, the population in the region grew with the peace and prosperity brought by the pax Romana. Consequently, cities became increasingly crowded in the Roman world in the second century AD. Pergamon was one of the provincial metropoleis of this period. The famous Pergamene physician Galen (129 – c. 216) gives information about the population of Pergamon in his own time. According to his calculation, Pergamon had 40,000 citizens and this number reached 120,000 when women and slaves were added (de an. aff. dign. et cur. 9). Since the children were not taken into account, the total population of the city is estimated to be around 180.000-200.000. Undoubtedly, this number is quite high for the city center, and the vast majority of this population should have been living in rural settlements and farms in the chora (surrounding territory) of Pergamon.

Cities in the Roman world, however, were always under threat of famine and epidemics. Galen from Pergamon, who worked as a physician in the amphitheater (see photo with our previous posts) and from whom we know a lot about his city and the Roman world in his own time, gives many examples on this regard. He mentions an anthrax epidemic that people’s skin was peeling off when he was a student under physician Satyros in Pergamon at the end of the 140s (de anat. admin. 1.2). This epidemic gave Galen and his fellow students the opportunity to examine the exposed muscles, nerves and veins of the patients whose skin was peeled. Of course, epidemics and famines were interrelated. Galen, again, writes that during a famine in his homeland, people ate the acorns, which they normally feed to pigs and are plenty around Pergamon.

One of the most critical issues for densely populated cities during times of famine and epidemics was the supply of clean water. Galen states in his commentaries to the Epidemics of Hippocrates that unlike many cities, the water in the fountains in Pergamon are not toxic, turbid, muddy or hard (in Hipp. Epid. VI comm. 4.10). He also mentions the abundance of water resources in Pergamon (de comp. med. sec. loc. 2.1). The famous Mysian orator and sophist Aelius Aristeides, a contemporary of Galen, also wrote A Panegyric on the Water in Pergamon (or. 53). This panegyric was about bringing a new water source to the city. Archaeological evidence also reveals that the water sources in the surrounding area of Pergamon were led to the city through many aqueduct lines in the Roman period.

The so-called Antonine pandemic (also known as “The plague of Galen”) started around 165 when the Roman army, which fought with the Parthians at the Iranian border, carried the epidemic (possibly smallpox) to the Mediterranean. This epidemic, which lasted more than 15 years, was probably originated from China and spread from Iran to Italy through the Roman army. Galen who was in Rome at that time returned to his hometown Pergamon in 166 after this pandemic became widespread in Italy. It also affected the province of Asia Minor. Orator Aristides, who was in Smyrna meanwhile, settled in his suburban house in order to avoid the plague in the city. Nevertheless, he could not escape the pandemic and got this disease. Aristides explains the epidemic as follows (hier. log. 2.37): “A plague infected almost all the neighborhood. First two or three of my servants grew sick, then one after another. Then all were in bed, both the younger and the older… The livestock too became sick. And if anyone tried to move, he immediately lay dead in front of the doorstep… Everything was filled with despair, and wailing, and groans, and every kind of difficulty.” (Transl. by C. A. Behr, slightly modified).

Wealthy citizens of Pergamon should also prefer to reside in their rural or farmhouses in the chora rather than the city-center during the outbreaks. As we also know from Galen, it was not uncommon for the Pergamene aristocracy to have farms in the countryside near the city. Epigraphic and archaeological evidence proves that, consul Attalos Paterklianos, who had a rather luxurious house on the slopes of the acropolis in the Severan period, also had a rural villa with a small bath not far from Pergamon. Thus, these farms belonging to the aristocracy can be considered as a shelter for them during plagues and famines as well as the focus of agricultural and industrial production. Since the settlement structure of the rural areas of the Pergamon Micro-Region is one of the main focus of the first phase of TransPergMicro, we had the chance to discover and to study some of these villas during our last field-campaign in 2019.

The majority of the city population, however, had nowhere else to go. City magistrates undoubtedly took various measures against outbreaks. One of the measures was to consult the gods. A Pergamene inscription mentions the sending of an envoy to the oracle of Apollo, (probably) in Klaros, regarding what to do to prevent the plague in the city, and includes the god’s response on this matter (IvP 324). In this inscription, which is probably related to the Antonine pandemic, Apollo proposes to sing hymns to Zeus, Dionysos, Athena and Asclepius and make various offerings to them. In the times of the epidemic, especially Asclepius, the god of healing and medicine, was appealed to as a savior. Aelius Aristides thinks that he survived this epidemic, like his other diseases, thanks to Asclepius. Galen, who was summoned to Italy with the letter of Emperor Marcus Aurelius in 168, did not participate in the emperors campaign against barbarians at the Danubian border, stating that the god did not allow him because he was the worshipper of Asclepius when he saw the severity of the epidemic in the army (de libr. prop. 2). Even the death of the co-emperor and leader of the campaign Verus from this disease shows how Galen was right in his hesitation.

The Antonine pandemic undoubtedly caused a social anxiety. This explains the growing popularity of the Asclepius cult in the Roman world in the second half of the second century AD. Thus, it is obvious that the Asklepieion in Pergamon was a focal point for every layer of society in this period. The sanctuary was so popular that the Roman poet Martial called Asklepios deus Pergamenus (the god of Pergamon) (9.16.2).  Emperor Marcus Aurelius wrote in one of his letters that here is the principal sanctuary of Asklepios in the empire (Fronto, ad. M. Caes. 3.10). Lucian counts the Pergamene Asklepieion among the most-visited sanctuaries in the Roman world (Ikaromenipp. 24). Philostratos stated that whole of Asia flocks to the Asklepios sanctuary of Pergamon (Ap. 4.34.3). The available evidence suggests that those visiting the Pergamene Asklepieion are not limited to Asia Minor, but people from the entire Roman world from North Africa to Europe flocked to this sanctuary. As part of the ongoing fieldwork in the vicinity of the Asklepieion within TransPergMicro, the spatial relation between the expanding Roman city and the extraurban sanctuary is of major concern. In the light of traumatic experiences such as pandemics, the connection between city and sanctuary of a healing god might have gained a new importance. 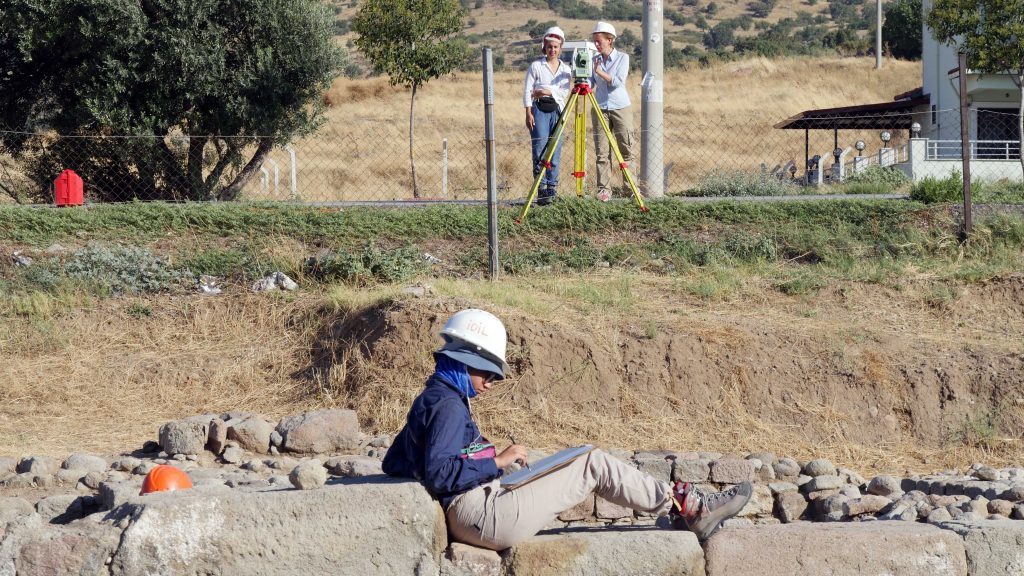 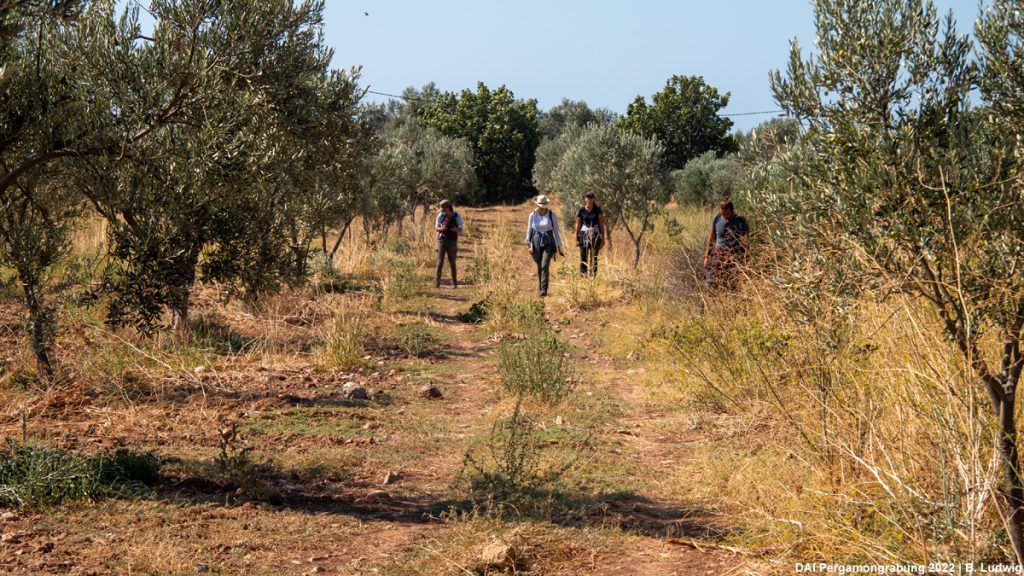 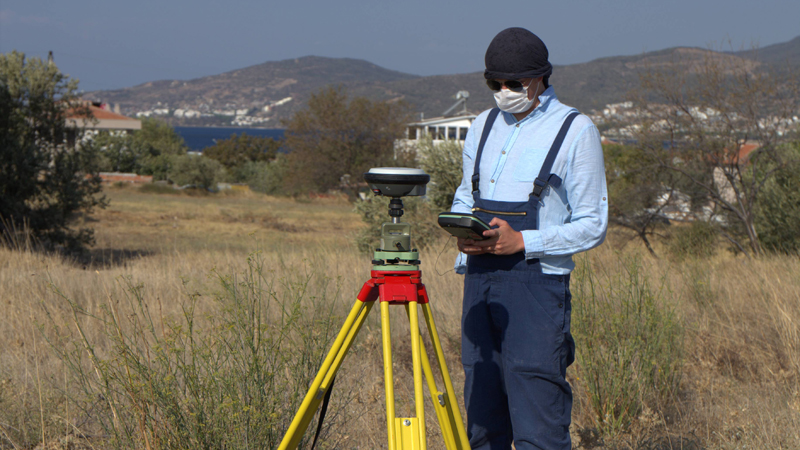