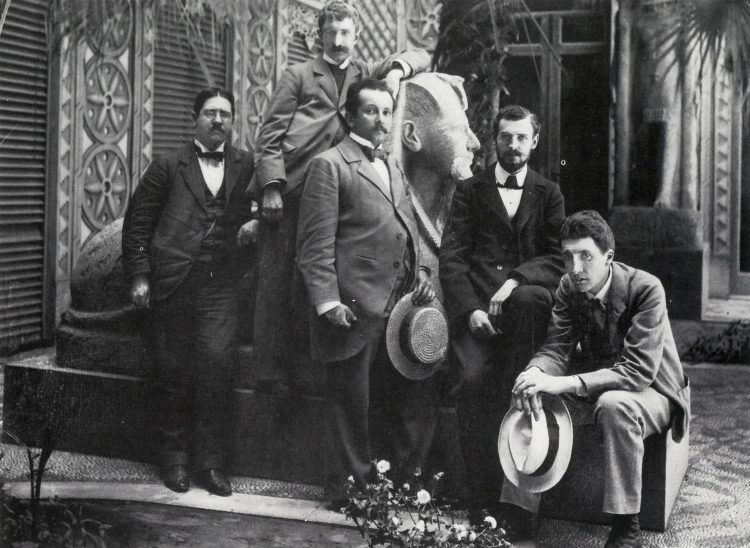 One of the pivotal personalities in the history of the German Archaeological Institute Cairo is the founding director Ludwig Borchardt (1863-1938). On this day 113 years ago, he was appointed as the Institute’s first director in Cairo, when it was still the “Kaiserlich Deutsches Institut für Ägyptische Altertumskunde.” Borchardt studied architecture and Egyptology in Berlin and visited Egypt for the first time in 1895. Subsequently, he participated in a variety of projects all over Egypt. Among his accomplishments is the establishment of the series of the Catalogue Général that was supposed to catalogue all objects in the possession of the Cairo Museum. Due to his background in architecture, he became one of the first researcher to publish extensively on ancient Egyptian architecture. His focus was not limited to royal monuments but also non-royal buildings like the private houses in Tell el-Amarna, the capital of Akhenaten.
After his appointment as first director, Ludwig Borchard was dedicated to improving the infrastructure of the institute that he commenced to established as attaché (1899-1907). He even subsidized the institute’s budget with with foundings from his private possessions to achieve this endeavour.
After WW I, Borchardt encountered difficulties returning to Egypt and thus, stayed in Europe until 1923. Upon his retirement in 1928, he founded another foreign institute in Cairo that was dedicated to his passion: architectural research and building archaeology. His “Ludwig Borchardt-Institut” has become the Swiss Institute in Cairo (Schweizerisches Institut für Ägyptische Bauforschung und Altertumskunde). It is still financially supported by the trust that Ludwig Borchardt and his wife Emilie once established.

Learn more about the history of the DAI’s Cairo Department in our eDAI research papers: https://publications.dainst.org/journals/index.php/efb/article/view/1535