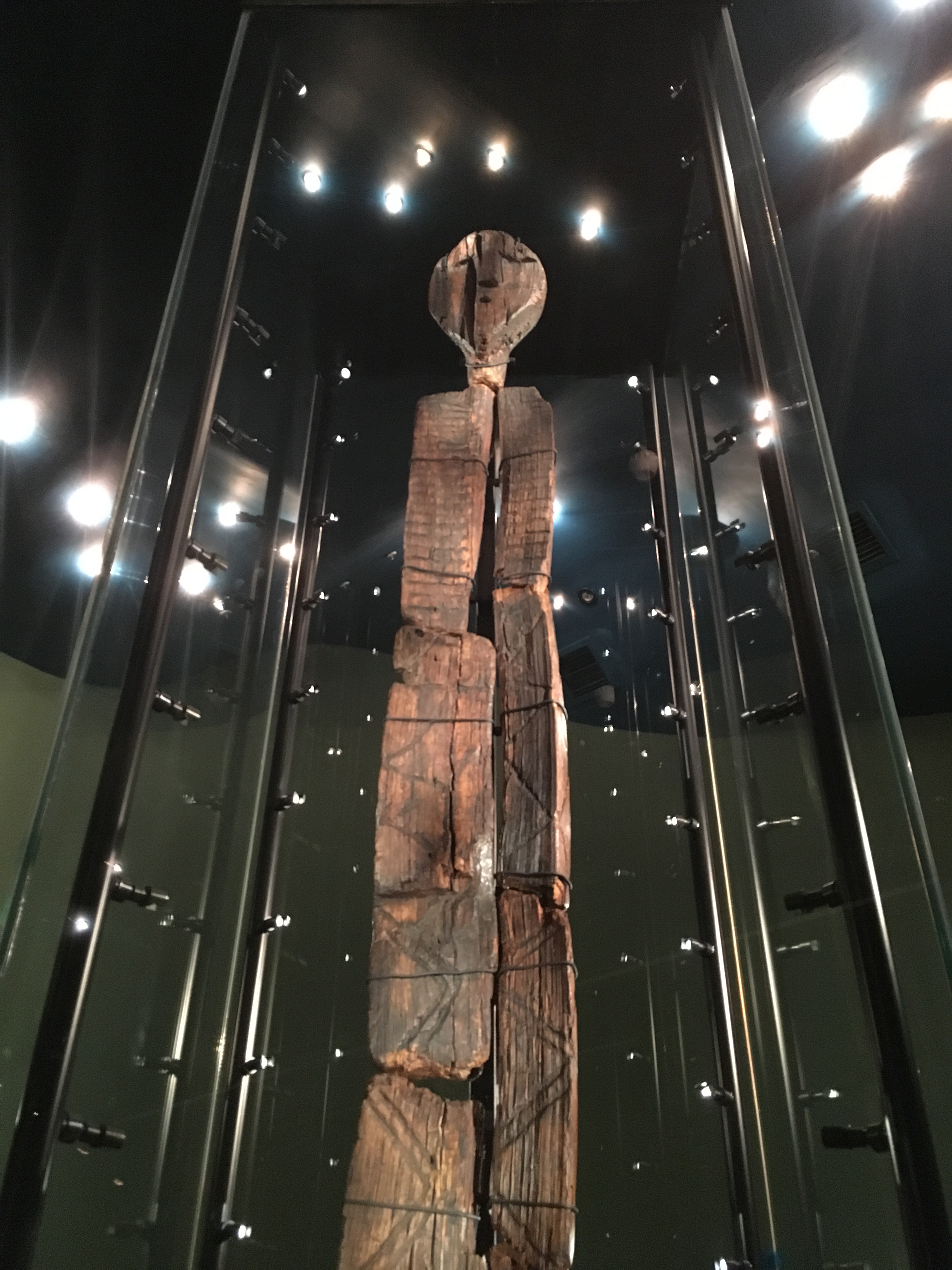 In 1894 a very special discovery was made in a peat bog c. 100 km north of Jekatarinburg in the Urals. Gold miners discovered fragments of an originally possibly 5.3 m high wooden sculpture carved from a piece of larch. In addition to geometrical motifs, the truly monumental sculpture is decorated with eight human faces on its front – and back side. Missing clear analogies, the date of this exceptional sculpture was long uncertain and topic of research debate. Only in 2014 a series of radiocarbon dates finally resolved the issue: The Shigir idol dates to around 9,600 cal BC (according latest analyses (Zhilin et al. 2018).

At this point in time, there is only one other site that has produced human respectively human-like monumental depictions – Göbekli Tepe. There is a considerable geographic distance between both sites, however, which makes direct contacts and interaction not the most probable explanation for these apparent similarities. Even more, certain methodological issues have to be emphasised here: The Shigir bog has exceptionally good conditions for wood preservation, at Göbekli Tepe and other contemporary sites of the Urfa region, durable stone was chosen to produce monumental imagery (of course, the lack of preserved wooden images does not exclude their former existence, carving techniques visible with Göbekli Tepe’s and other site’s rich stone art may well have been developed in wood here too). We are thus looking at two very special areas and distinctive situations here, and other regions between both phenomenons may as well have been rich in comparable imagery – which  is just not preserved.

If we travel south from Göbekli Tepe to the Middle Euphrates region, there are sites like Jerf el Ahmar, with ’special buildings‘ that have much in common with the Göbekli Tepe structures.  Jerf el Ahmar is a Pre-Pottery Neolithic A / transition to PPN B site in northern Syria characterized by round and rectangular buildings with limestone foundations. There, large subterranean round buildings with benches along the walls have been discovered. And, noteworthily in the context of this discussion, these buildings included wooden posts. If these were decorated, remains unknown, but would certainly be a possibility worth consideration. It is important to keep this in mind when discussing such extraordinary finds and possibly far-reaching analogies: Much of the picture archaeology can draw today depends on original building style and the materials used – and surviving remains preserved to this day.