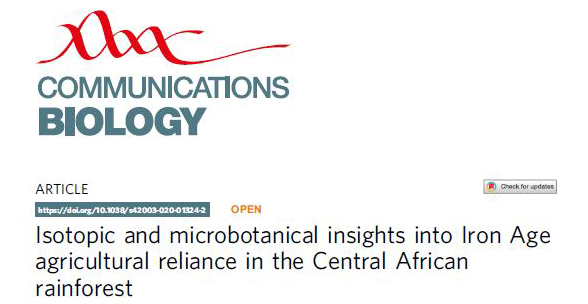 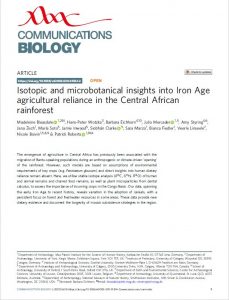 The emergence of agriculture in Central Africa has previously been associated with the migration of Bantu-speaking populations during an anthropogenic or climate-driven ‘opening’ of the rainforest. However, such models are based on assumptions of environmental requirements of key crops (e.g. Pennisetum glaucum) and direct insights into human dietary reliance remain absent. Here, we utilise stable isotope analysis (δ13C, δ15N, δ18O) of human and animal remains and charred food remains, as well as plant microparticles from dental calculus, to assess the importance of incoming crops in the Congo Basin. Our data, spanning the early Iron Age to recent history, reveals variation in the adoption of cereals, with a persistent focus on forest and freshwater resources in some areas. These data provide new dietary evidence and document the longevity of mosaic subsistence strategies in the region.