Every year in May, the National Cultural Heritage Administration (NCHA) of China designates ten archaeological discoveries of the previous year as the most significant. In a final round, the leaders of 20 excavation projects from 14 provincial-level regions presented their results to a commission of specialists and answered their questions. Thereafter, the commission members appraised the projects, cast their votes, and on May 5th 2020 the 10 winners were announced in Beijing.

Teaser figure: Huangchengtai at Shimao site, detail of stone carving (No.11) in the southern wall of the large-scale terrace

These are the 10 most outstanding archaeological discoveries in China in 2019, in chronological order: 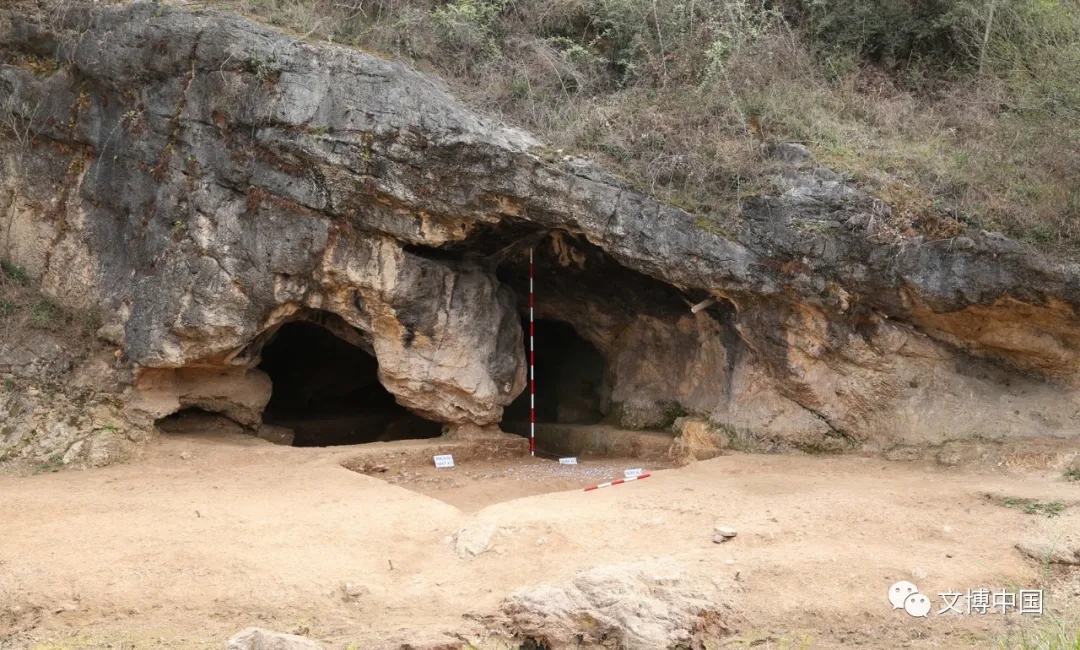 Fig. 1: Close view of the Jiege Cave (northwest-southeast direction)
Abundant remains have been discovered dating from 100,000 to 15,000 years ago, including human fossils, areas of human activities, stone tool processing sites and fire places, which further enrich the knowledge on cave-type settlements of the late Paleolithic period in the Hanzhong Basin. These finds provide significant new materials for studies on major topics, for example the development of human culture in the late Pleistocene period in the transitional zone between south and north China. In particular, the discovery of fossils of early Homo sapiens from 30,000 to 20,000 years ago are understood as important archaeological evidence supporting the hypothesis that modern humans evolved from local ancient population independently in China and thus in East Asia. 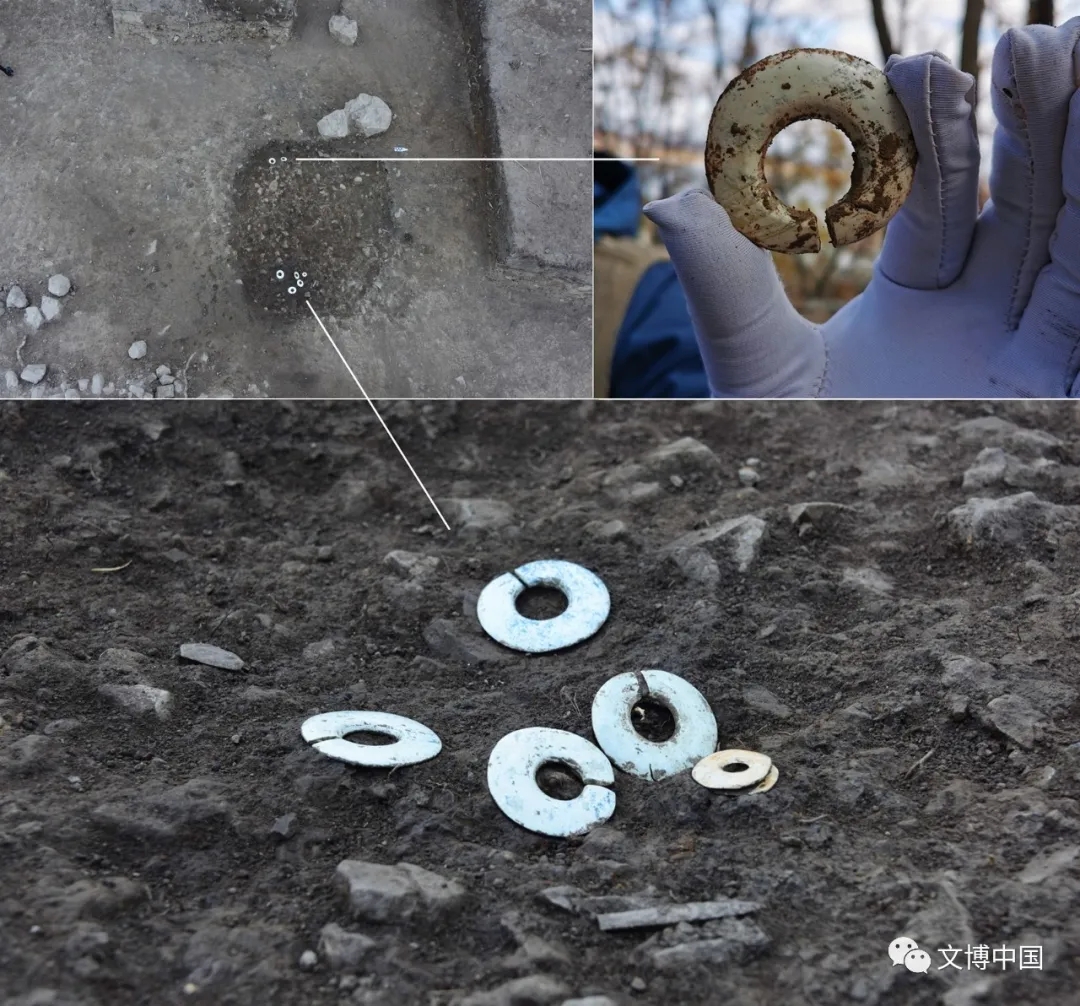 Fig. 2: Jade artefacts unearthed from a tomb
The cultural remains reach back 15,000 years and are of great significance for the construction of the archaeological cultural sequence in the lower reaches of the Heilongjiang (Amur) River and even further to the coastal areas. The discovery of a cemetery dated to the early Neolithic period is particularly important. It provides valuable information for the study of burial system evolution and chronology of the early Neolithic period in the Usuri River Basin. The large amount of jade artefacts as Jue (ring with a gap) and other jade wares unearthed from the site allow in-depth studies on issues such as the origin and spread of jade culture in China, and early processing technology of jade ware. The discovery of house remains and ceramics with features of the Voznesenovka culture of the late Neolithic period enriches the cultural connotation of the region during this period. 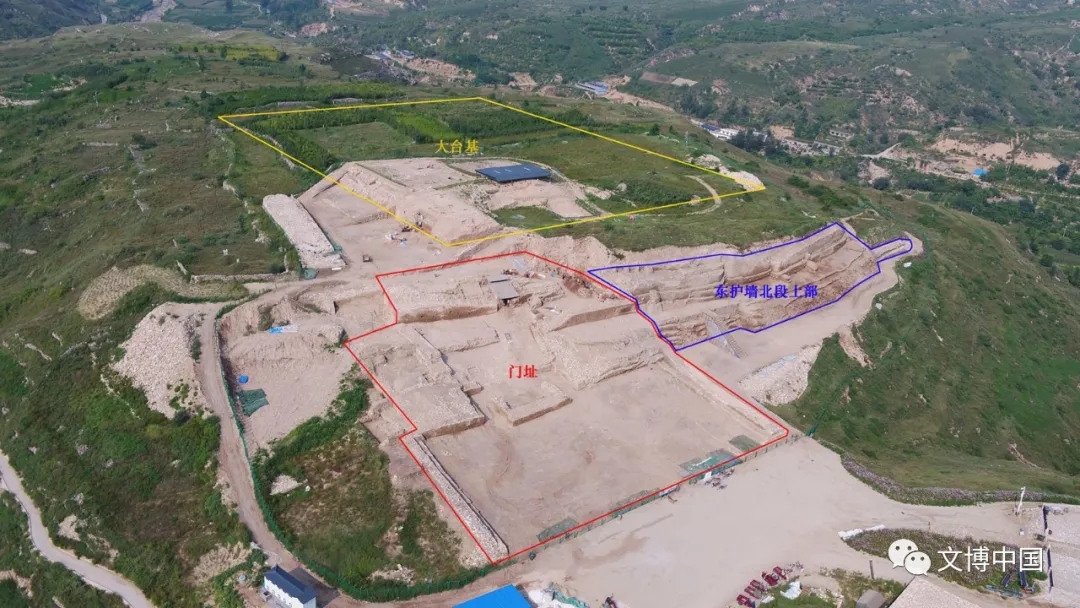 Fig. 3: Excavation area
New discoveries from the platform called the “Imperial City” (Huangchengtai), the core area of the Shimao site, have changed the traditional knowledge of the development of early civilization in China. The excavated foundations, which belong to the most spectacular building groups of the prehistoric era in China, reveal high complexity and powerful organizational capabilities in Shimao society. The remains include a gate foundation in a complex structure, a large-scale terrace, majestic stone revetment walls, elaborately designed city defense facilities, and some craft objects of high skill, such as stone carving, a pottery eagle, oracle bones, a mouth harp, and jade wares. All of these are rarely found in the early city sites of China. Through the remains, the Huangchengtai site is confirmed as a palace city. The newly discovered stone carving on the huge terrace reveal interactions between the Shimao site and other areas in China in the prehistoric period. 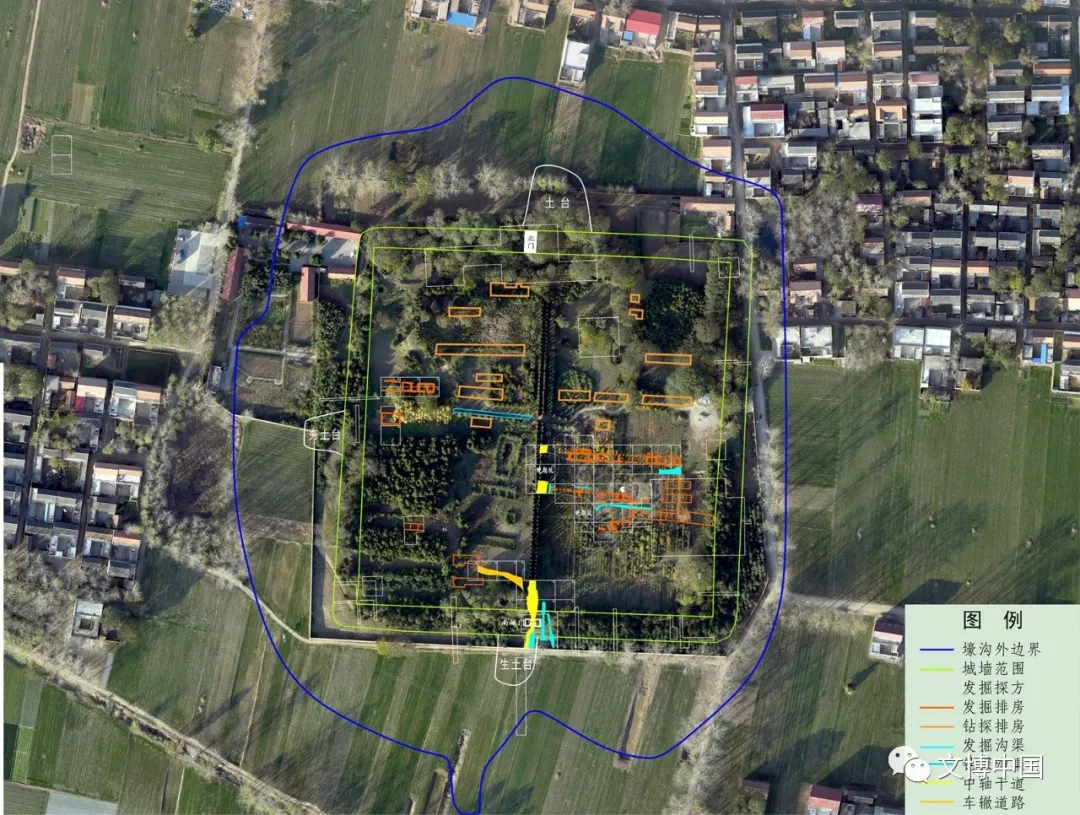 Fig. 4: Layout of the city site
The Pingliangtai is one of the earliest prehistoric city sites in ancient China. The latest excavation further revealed the ordered layout of the site, especially the road along the central axis which is currently the earliest city’s „central axis line“ confirmed by archaeological excavation. Buildings in rows are also planned in accordance with the „central axis line“. A complete early urban drainage system is the first discovery in China. Ruts found along roads of the Longshan culture are the earliest ones found in China and have pushed the origin of the chariot (probably with two wheels) earlier, back to the Longshan period. These features are understood as the source of urban planning in ancient China, making it outstandingly valuable for the history of urban development. Meanwhile, it also reveals extensive trans-regional cultural exchanges during the Longshan period, which is understood as being closely related to the origin of civilization of the Central Plain area, and thus China. 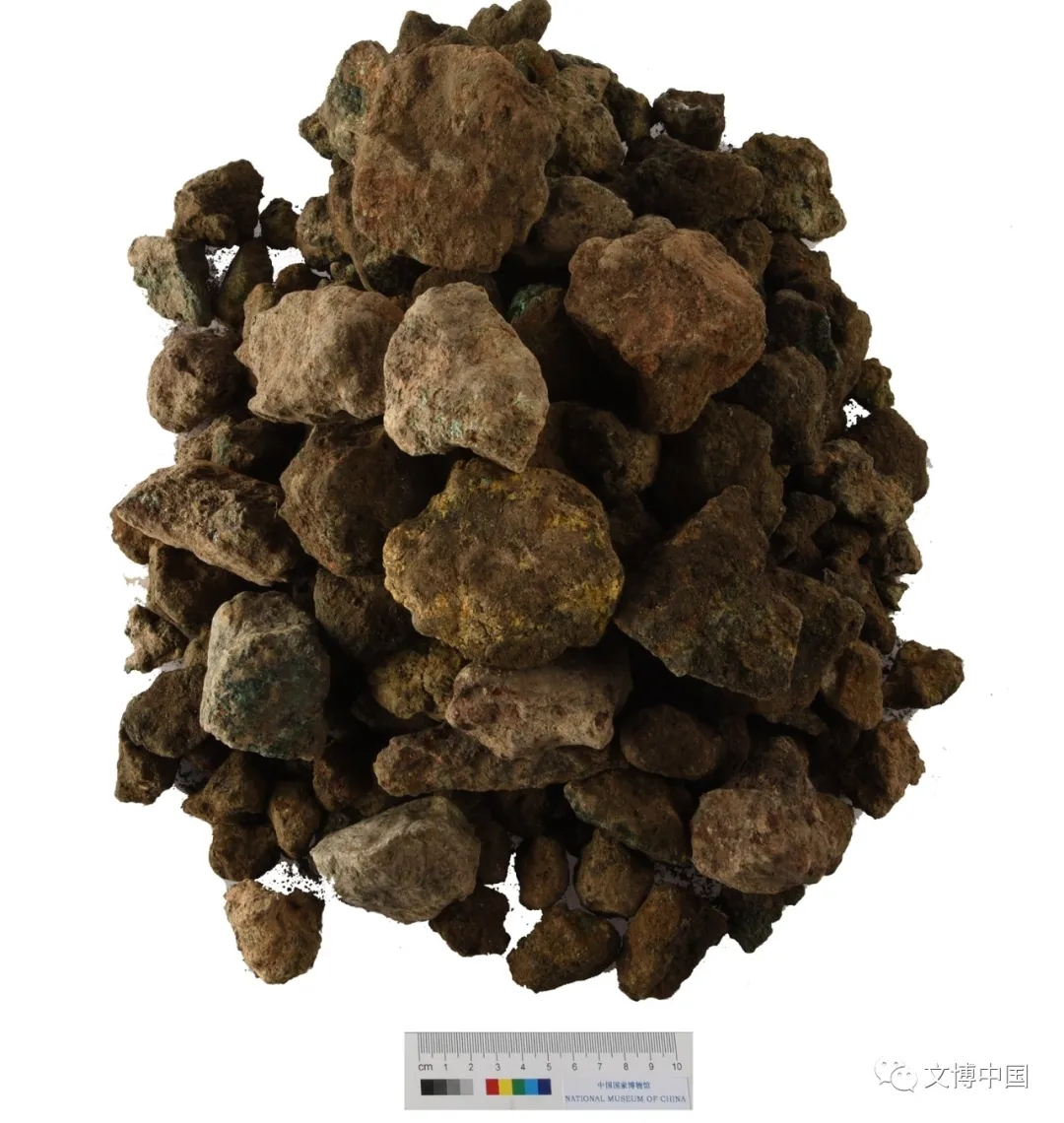 Fig. 5: Copper ore unearthed from a waste pit of the Erlitou culture
Scientific analysis reveals that the Xiwubi site is a settlement and workshop place mainly for smelting copper and making small tools. This site represents the first archaeological excavation of a professional copper smelting site near the heartland of the Xia and Shang dynasties. It addresses the gap of smelting as part of the early bronze manufacturing process. The charcoal kiln of the Erlitou culture period, the copper smelting furnace of the Erligang lower-stratum period, and other smelting remains of the Erlitou and Erligang periods, together with the ones unearthed previously, enrich the cultural connotation of the Xiwubi site. The excavation provides valuable materials for a deep exploration of issues such as the technology and manufacturing methods of early copper smelting, the relationship between the rise of the Xia and Shang dynasties and the controlling and use of copper as a strategic resource.

6. Earliest jade mine site: Hanxia (ca. 1,700 BC to 500 BC), Dunhuang, Gansu province
Excavated by: Gansu Provincial Institute of Cultural Relics and Archaeology 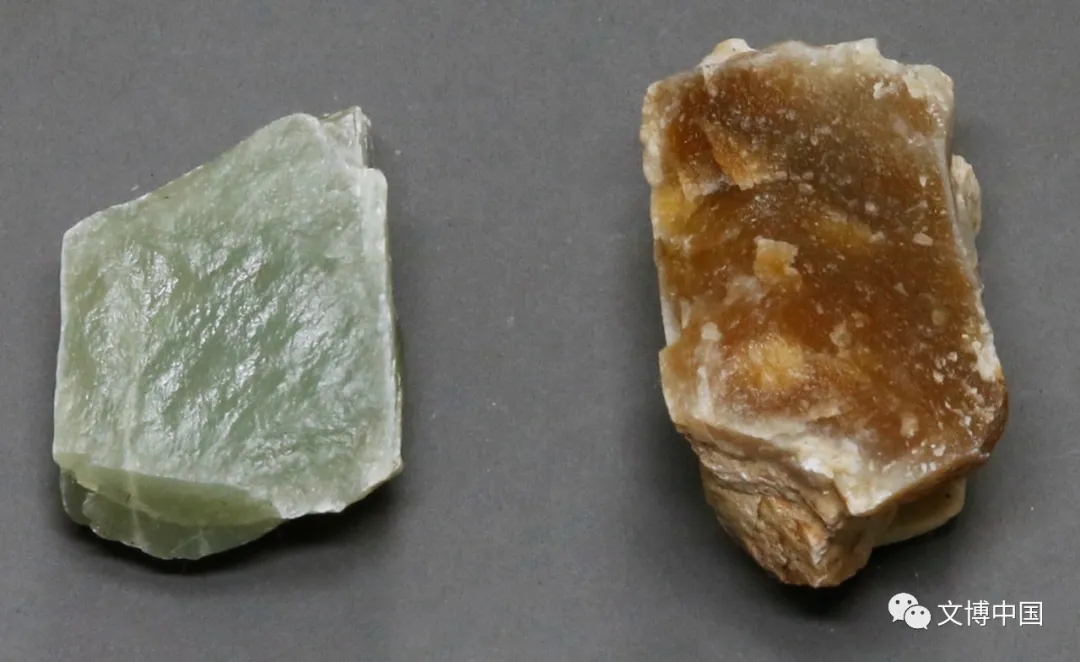 Fig. 6: Jade rocks found on the ground of F3
The Hanxia jade mine site is the earliest tremolite jade mine site discovered in China. Remains such as house foundations, mine pits, watch towers, and objects such as pottery, stone tools, jade rocks and animal bones have been found. Together with the two jade mine sites at Jingbao’er meadow and Hanyaozi of Mazong Mountain, the jade mining activities in the western Hexi Corridor from 2,000 BC to the turn of the first millennium AD can be confirmed. The discovery is important for studies on the source of jade materials of the western part of China, the cultural affiliation of the miners, the settlement pattern in the jade mine, and the manufacturing organization and management of the miners at different times. The finds also provide new information for a deep understanding of the formation of an early „jade road“ and the theory of jade spreading from the western part of China to the east. 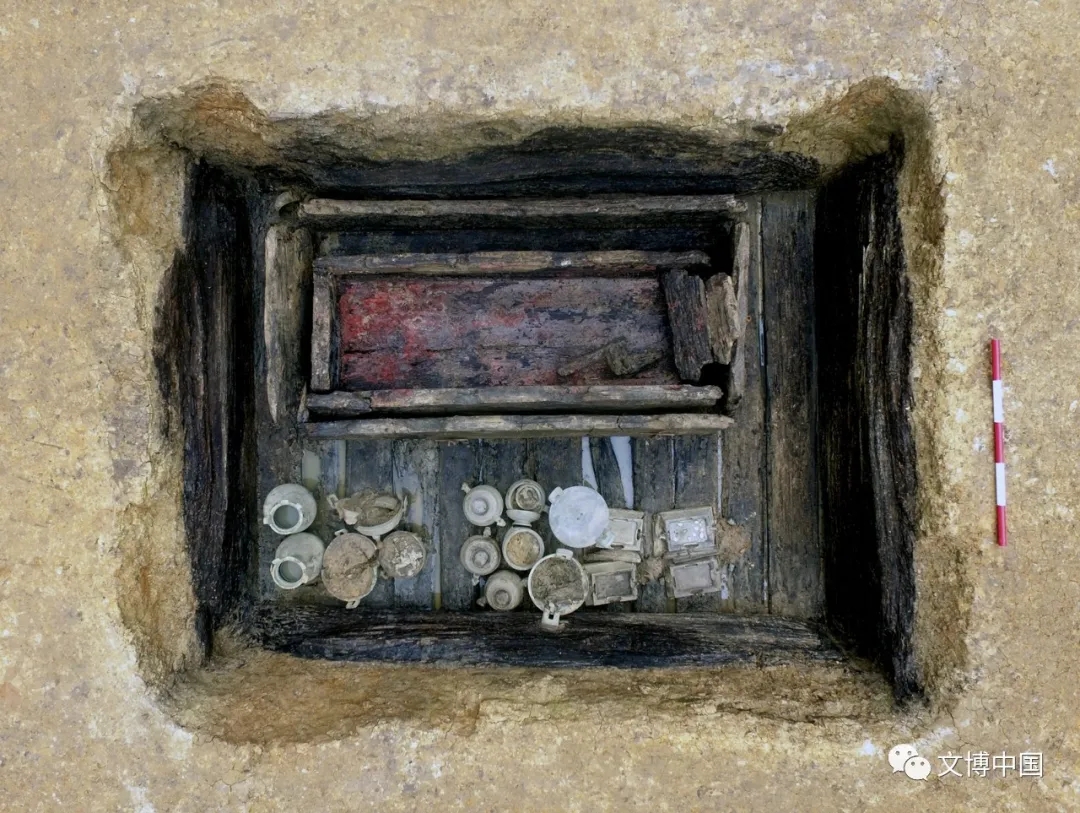 Fig. 7: Tomb M191 (Yu, consort of Marquis of Zeng)
This burial place of three Marquis of the Zeng State and related nobles of different ranks for the first time provides archaeological evidence for the history of the Zeng State during the middle Spring and Autumn period. With chariot and horse pits, and thousands of objects including bronzes and lacquer wares it is one of the richest archaeological complexes of this period in southern China. Inscriptions on the bronzes are important references for understanding politics, culture, science, and technology during first millennium BC. For a long time only known from difficult-to-interpret handed-down written sources, now several vital aspects of the Zeng State’s history have become clearer: the marquis’ pedigree, social classes and cultural features are revealed by archaeological excavations. These data once more corroborate the importance of archaeology for history writing. 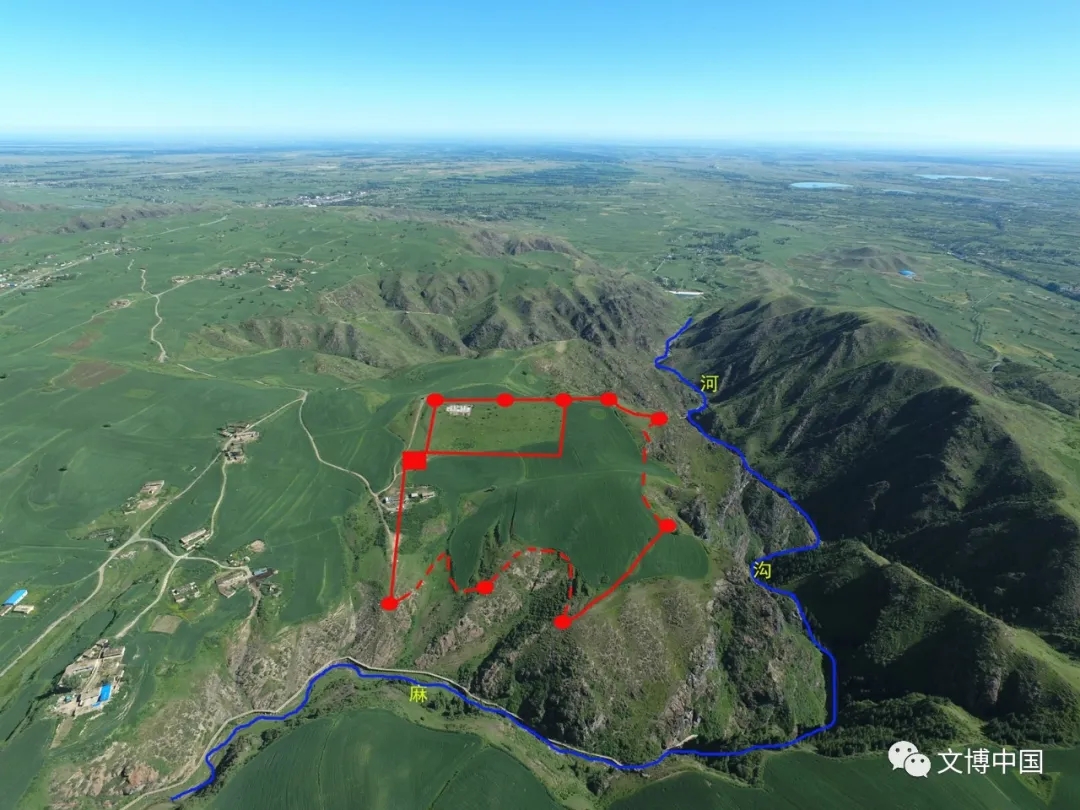 Fig. 8: Panorama of the site (from south to north)
The Shichengzi site is currently the only excavated city site and military fortress with distinct cultural characteristics of the Han dynasty (206 BC to 220 AD) in Xinjiang. It is identified with „Shule city“ recorded in the History of the Later Han (Hou Hanshu) compiled during the 5th century AD based on earlier documents. The exceptionally well preserved remains of the city on a strategic passage from the Central Plain area to the Western Regions provide comprehensive evidence of the governance of the Han Empire and reference for in-depth study of outposts and the military defense system in border regions.

9. A hidden crown on the plateau—Fresco tomb of ancient Tibet Tubo period: Quangou, Wulan, Qinghai province
Excavated by: Institute of Archaeology of the Chinese Academy of Social Sciences, Haixi Prefectural Museum of Ethnography of Qinghai province 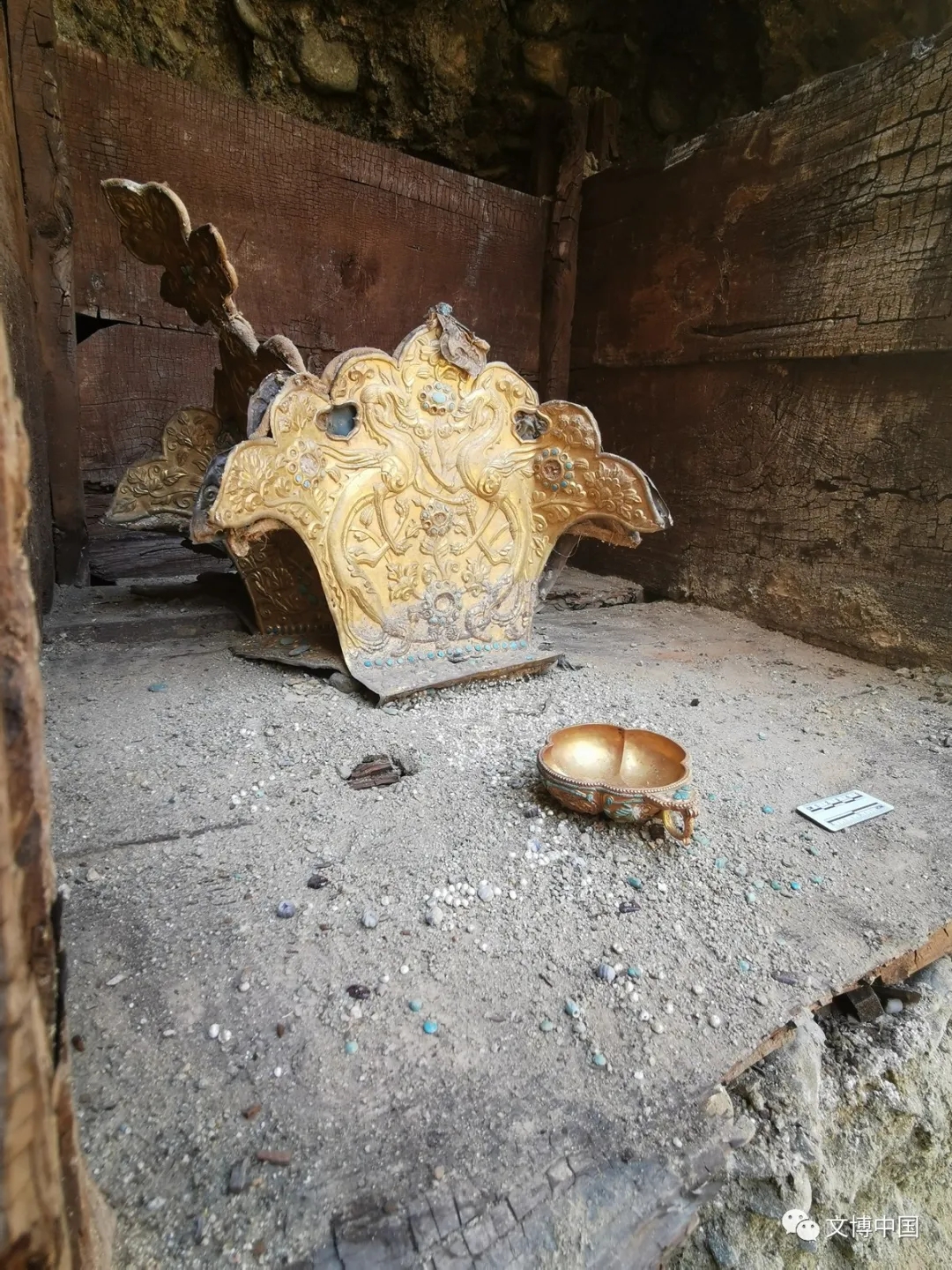 Fig. 9: Gilded crown and gold cup in a hidden wooden box
This is the first mural-decorated tomb and painted lacquered coffin discovered on the Qinghai-Tibet Plateau, dating back to the 8th century AD and belonging to the early Tibetan Tubo Kingdom. The painting technique exhibits strong influence of the Tang Empire (618 to 907 AD) style while motifs are related to the local nomadic way of life. A sealed box was set in the tomb in which a gilded crown was discovered indicating the tomb owner’s likely close relationship with the local royal family. The discovery of the tomb has a great academic value for exploring the process of ancient Han-Tibetan cultural interaction and the cultural exchanges along the Silk Road in Qinghai.

Fig. 10: Photograph taken after “unloading” the cargo and de-installation of supporting structures in 2019
„Nanhai No. 1“ is the best preserved and studied ancient shipwreck excavated in China so far. The ship sank in the main channel of sea traffic from the middle part of Guangdong to its western part, which was also one of the most frequented routes of the maritime Silk Road. Archaeological finds include huge quantities of export porcelain, a large number of handicraft products, daily necessities, and numerous currencies made of gold, silver and bronze. They showcase the prosperity of the Song Empire’s commodity economy and the East and Southeast Asian trading system. The project has been working for nearly thirty years, starting from underwater investigation and entire shipwreck salvage to excavation, protection and public display. During its outstanding efforts it became an icon of the advance of underwater archaeology in China and the history of shipbuilding.

Read the original article on https://mp.weixin.qq.com

Acknowledgment: We thank Mrs. LI Zheng on behalf of China Cultural Relics News for kind permission to use the images.

This website uses cookies to improve your experience while you navigate through the website. Out of these, the cookies that are categorized as necessary are stored on your browser as they are essential for the working of basic functionalities of the website. We also use third-party cookies that help us analyze and understand how you use this website. These cookies will be stored in your browser only with your consent. You also have the option to opt-out of these cookies. But opting out of some of these cookies may affect your browsing experience.
Necessary immer aktiv
Necessary cookies are absolutely essential for the website to function properly. These cookies ensure basic functionalities and security features of the website, anonymously.
Functional
Functional cookies help to perform certain functionalities like sharing the content of the website on social media platforms, collect feedbacks, and other third-party features.
Performance
Performance cookies are used to understand and analyze the key performance indexes of the website which helps in delivering a better user experience for the visitors.
Analytics
Analytical cookies are used to understand how visitors interact with the website. These cookies help provide information on metrics the number of visitors, bounce rate, traffic source, etc.
Advertisement
Advertisement cookies are used to provide visitors with relevant ads and marketing campaigns. These cookies track visitors across websites and collect information to provide customized ads.
Others
Other uncategorized cookies are those that are being analyzed and have not been classified into a category as yet.
SPEICHERN & AKZEPTIEREN
Unterstützt von